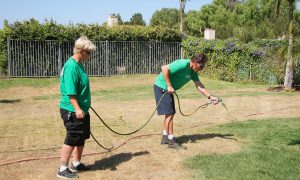 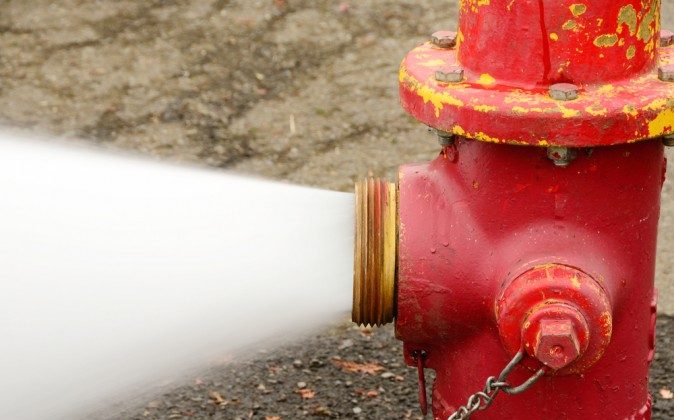 Western states have been suffering through one of the country’s worst droughts on record, but conditions have been particularly dreadful in the state of California, with its massive population and heavy agricultural production.

In fact, drought conditions have gotten so bad that theft of water is now becoming more and more common. As reported by CBS San Francisco, some of the worst theft is occurring in Clayton, California, in Contra Costa County, “a city that remains true to its western roots.”

Noting that “there’s even an old-time saloon” there, water has become one of the most precious of commodities — more, even, than gold — which is why water theft has proliferated:

They come in the dark of the night. “It’s not right,” said resident Delores Vargas.

Another resident, Marvin Taylor, agreed. “People who aren’t authorized to get into a fire hydrant shouldn’t be doing that,” he said, according to CBS San Francisco.

Increased Fines and Penalties but Will They Help?

And yet, theft of water from fire hydrants is increasing; the water is clean, and thieves can either sell it or use it to keep down dust, which has really gotten bad as the drought conditions worsen.

Officials with the water district have said that the rash of thefts has grown too large to simply ignore.

“If there was some sort of contamination back in to the hydrant, that would affect the residents that are feeding off of that system,” Jennifer Allen, a spokesperson for Water District, told the local CBS affiliate

“People don’t listen,” added resident Marie Gomes. “They think they can do whatever they want with it, but it’s not right.”

The rising incidents of theft have caused the county to crack down. In fact, county board members are set to approve a new ordinance that raises the fine for first-time water theft offenders from $25 to $250. And if a thief is caught a second time, the fine spikes to $500.

In a separate report, PBS reported that with worsening drought conditions water theft has become an issue all over the state.

Water has become the unlikely subject of black market dealings in some the California’s worst-hit areas. With nearly 60 percent of the state currently experiencing exceptional drought — the highest level of drought designated by the U.S. Drought Monitor — and chances of a full recovery this winter looking unlikely, reports of water being stolen from private tanks or siphoned from public rivers are increasing.

In one case, thousands of gallons of the new liquid gold were taken from a fire station in the Sierra Nevada Mountains, National Journal reported; the station is vitally important because it protects the surrounding community and forest from forest fires, among other threats. What’s more, the discovery came at the peak of the wildfire season, which caused consternation among local officials and community members as they pondered the dangerous implications of the thefts.

NBC Bay Area reported that a major source of theft comes as a result of illegal marijuana cultivation, and this is particularly true in the rural areas of Northern California. The report said thieves were siphoning off billions of gallons of water from nearby rivers and streams; many cultivation sites are operating on state and national park lands, leading some to become concerned, too, about major environmental damage. PBS said the illegal theft of stream water was endangering California salmon.

Some local and federal California lawmakers are moving to mitigate the thefts or, at least, make anyone caught stealing water feel much more legal heat. They include U.S. Rep. Jared Huffman, a Democrat, who recently announced that the U.S. Sentencing Committee had finished guidelines for a new legislation called the Protecting Lands Against Narcotics Trafficking Act. Huffman introduced the measure in 2013 to increase punishment for anyone caught cultivating illegal marijuana grow sites.

“Especially this year, the worst drought year California has ever seen, it’s more important than ever to crack down on water theft,” Rep. Huffman told NBC Bay Area.