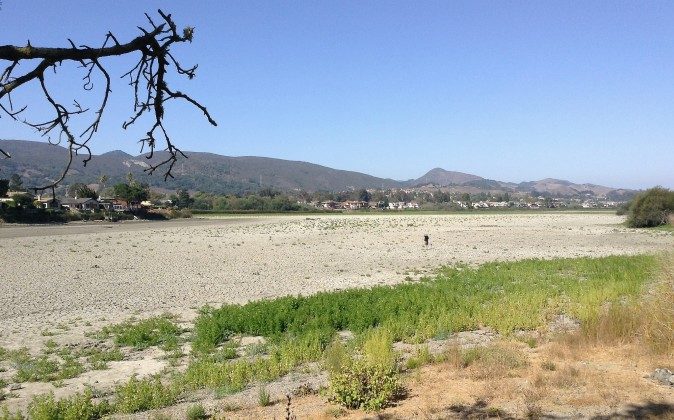 In recent days, residents of Los Angeles and its surrounding communities got to experience a rare treat — rainfall — but of course, it was far too little to do much to alleviate the state’s ongoing brutal drought.

That said, there is some concern that water may become so scarce — and so valuable — that its distribution and sale might be taken over by a Mafia-like criminal enterprise, just like what is currently taking place in India.
According to The Associated Press (AP) a “water mafia” has risen up to fill the dearth of water during India’s annual hot season:

Every summer, when Minoo Phakey’s water runs out, she does what most people do in her middle-class neighborhood: She calls the mafia.

Within an hour, a man in a tanker arrives, carrying a load of dubious water drawn illegally from the city’s groundwater.

Currently, India is experiencing its annual summer heat water shortage, and right now, the water mafia is making bank in the capital city of New Delhi. AP says that as many as 2,000 illegal water tankers hit the city streets daily, to supply millions of people whose water taps have run dry.

But unlike the current situation in the drought-stricken American West, the illegal trade of water in New Delhi is really a symptom of a much different problem: the capital city’s habitually dysfunctional water supply system. And while tanker water does not come cheap, many of the city’s residents have no other option but to buy in.

“You need water, you will pay anything, right?” Phakey, a marketing executive, told AP.

And of course, she isn’t alone. But the water shortages don’t just affect a certain class of people; every sector of New Delhi — rich upscale and poor downtrodden alike — are victimized by the shortages, on a daily basis as well. AP says the city routinely runs about 160 million gallons of water short every day:

Most residents have piped water for just a couple hours a day, and almost a quarter have none at all. With a leaky water infrastructure long overwhelmed by new arrivals, New Delhi is grappling with a dizzying social and environmental challenge, worsened by chaotic management. For many, it is a distressing reminder of a daily reality that lags behind India’s superpower dreams.

Such problems are not prevalent in the U.S., of course, but then, neither are extreme droughts. The current drought gripping California has lasted three years, but according to climatologists who have studied the region’s historical weather patterns, that’s nothing: Even though the current dearth of rainfall marks the driest period in the state’s recorded history, past droughts have lasted for decades, the San Jose Mercury News reported in January, adding:

The two most severe megadroughts make the Dust Bowl of the 1930s look tame: a 240-year-long drought that started in 850 and, 50 years after the conclusion of that one, another that stretched at least 180 years.

“We continue to run California as if the longest drought we are ever going to encounter is about seven years,” Scott Stine, a professor of geography and environmental studies at California State University, East Bay, told the paper. “We’re living in a dream world.”

Already, there has been an uptick in thefts of water from California residents — hundreds of gallons’ worth at a time, and at great expense to the owners.

Also, as Natural News has reported, private water supplies are actually being auctioned off by a couple of water districts:

The two landowners in charge have reportedly made millions off their water stashes. The Buena Vista Water Storage District has already raked in about $13.5 million from the auction of 12,000 acre-feet of water this year.

Will there be the creation of an India-style “water mafia” in California and other parts of the parched West? That depends in large part on two things: a) the continued depletion of existing water sources, thereby lowering supplies even further; and b) the continued high demand for fewer water resources.