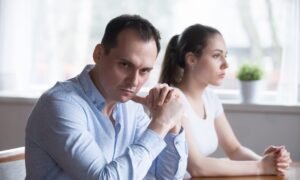 Is Lack of Gratitude Dragging Down Your Relationship?
0 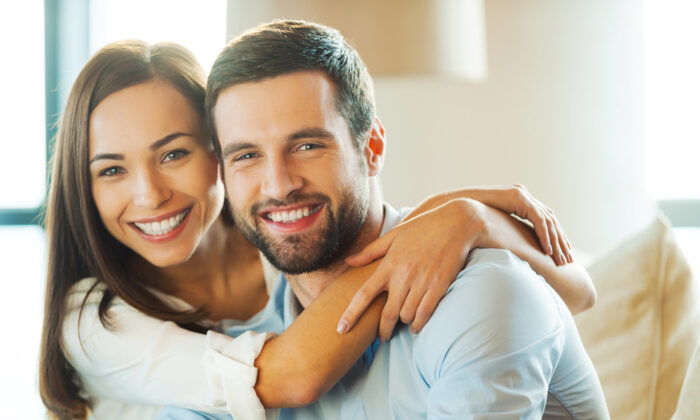 Three of the main things men want in a relationship are respect, care and companionship, and freedom to be themselves. (Shutterstock)
Relationships

Want Some Magic in Your Marriage? Try Appreciating Your Husband

This past year, I’ve really come to believe in magic. Not the magic that makes rabbits appear out of hats, but rather the innate kind we all have—the kind that when you change your mind for the better, elements outside of yourself transform in beautiful and unexpected ways.

Earlier I wrote about how good homemaking can work magic on your life. (And I can still attest that when Marie Kondo said there is life-changing magic in tidying up, it’s not hyperbole.)

Now I’d like to share how appreciating your husband can bring a profound joy to your marriage. I tried it and it really does work. First, though, it’s important to understand a key male characteristic that most women are not taught about.

Recently, while reading Grimm’s fairy tales to my son, I was reminded about a very fundamental characteristic of men: They will move mountains for the woman they love. And they will do this at great cost and detriment to themselves.

Rapunzel’s father risks his life to go into the witch’s garden to get rampion (for salad) for his wife, and Hansel and Gretel’s father allows his wife, the stepmother of his children, to convince him to leave them in the forest. Then, of course, there are the princes who slay fierce dragons and risk their lives in all sorts of ways to save a princess or woman in distress.

And this isn’t just the stuff of fairy tales: I have observed this same chivalric tendency in the men I know, including both my husband and father.

A recent example: We are redoing our kitchen, and shortly after my husband hauled home cases of beautiful and very heavy marble tile (and nearly put out his back doing so), I realized it was really cold to the touch and I didn’t want it on our floor. To make matters worse, I then said I really wanted this certain clay tile that he had been keen on for a year but had given up because I hadn’t been enthusiastic and it was hard to find in our area.

His response to all this was something like: “Whatever makes you happy, dear.”

Suzanne Venker, author of several books including “The Alpha Female’s Guide to Men & Marriage,” explains this characteristic in a Fox News piece adapted from her book:

“All a good man wants is for his wife to be happy, and he will go to great lengths to make it happen. He’ll even support his wife’s ideas, plans or opinions if he doesn’t agree with them. That’s because a husband’s number one goal is to please his wife. If he determines his wife cannot be pleased, that’s when the marriage is in trouble.”

Perhaps you may be thinking that your husband doesn’t have this particular characteristic, because he goes out of his way to be contrary toward you. But I assure you he does, so please keep reading.

The next area to understand is his desires, because these are different than yours and from what you might expect.

Three of the main things men want in a relationship are respect, care and companionship, and freedom to be themselves.

If you dig into the literature, there are of course more fascinating aspects to be learned about masculine nature and the male–female dynamic, but for the purposes of this article, we’ll leave it here.

Third, as a wife, it’s important to understand a women’s influence on her husband. Venker writes:

“Men tend to follow women’s lead. Your husband’s actions are more often than not reactions. He’s reacting to something you said or did, or to something you didn’t say or didn’t do. He’s reacting to your moods, your gestures, your inflections, and your tone. That’s how men are. Your husband wants you to be happy, and when he sees it isn’t working, he thinks he’s failed. That’s when he acts out.”

Now this doesn’t mean that men are weak or dumb—just a lot simpler and more straightforward than women. It also means that a woman who owns her femininity will have a more charming husband, be loved and adored, and, dare I say, empowered by it.

At least this has been my experience, and the experience of several of my friends in the past year who’ve been consciously working on their marriages along these lines.

When I’ve taken the time to be truly appreciative of the ways in which my husband sacrifices for myself and our children, and told or shown him my appreciation, I have received back tenfold what I put in.

I took a lot of inspiration for this from the book “Fascinating Womanhood: How the Ideal Woman Awakens a Man’s Deepest Love and Tenderness.” Authored by a Christian woman, Helen Andelin, and published in the 60s, the book contains many scriptural quotes, but I’d recommend it for anyone because the principles are timeless and universal. Andelin offers an in-depth how-to guide to marriage that does require a lot of sacrifice on the woman’s part—but the results, as I said, in my experience, are well worth it.

The book also has great testimonies from women with ailing marriages who revived them into extraordinarily happy ones following her advice.

I’d like to include a cautionary note here: It’s very important to remember that the power we wield over our husbands’ affections should always be used with good intentions. And you must be sincere in your appreciation, because he will sense it if you’re not.

How to Appreciate Him

Below are a few ways to appreciate him. However, the first step is to really take the time to reflect on and admire the man he is: his intelligence, skills, character, strength, or whatever manly qualities he has that make you love him. If he’s not currently manifesting much in the way of admirable qualities, then reflect on ones from the past (and in this case, I’d highly recommend Andelin’s book because she addresses in detail what to do if the marriage is in a sour place or if the husband has slid into immoral, harmful behavior).

Once you’ve filled your heart with his wonderful attributes, let him know. Either find a time to tell him face to face or compose a letter, preferably by hand, then mail it, put it in a stocking, or hide it where only he will be sure to find it. You can also do a series of smaller notes, perhaps leading to a big one.

A third thing to do is treat him: Do some special things for him, cook his favorite meals, or clean up that part of the house that bugs him. Some men will even feel very cared for if the house is clean.

Lastly, give him the space and freedom to be himself and pursue some of his hobbies and dreams. It will allow him to come home refreshed.

My best advice for allowing him to be himself is to let him relax at home. This will mean forbearing some mundane annoyances. If you have been nagging, then stop and find a different way to handle the matter. This is easier said than done, I know, but it is key for the magic to take place, and in all likelihood, he will start doing what you want and more once he feels the warmth of your respect and appreciation.

Good luck and I wish you the joy of real magic!