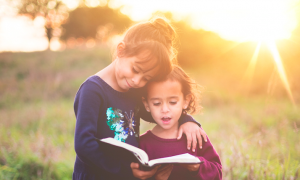 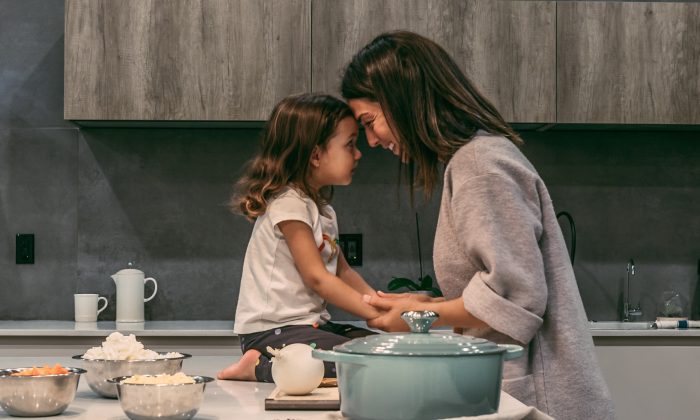 What if cleaning made you happy and gave you energy? (Rustic Vegan/Unsplash)
Life & Tradition

Homemaking is something of a lost art in many households today. But it’s one that is well worth reviving.

Good homemaking transforms a house into a beautiful, comfortable, functional, rejuvenating place for a family to live. There are certain principles to learn and follow through on, but there is no exact formula because it has everything to do with making sure the environment meets the needs and supports the goals of your family.

Homemaking requires elbow grease and some basic skills in cleaning, cooking, organizing, decorating, and maybe child care. But more than excelling at any one or even all of these skills, homemaking is about your ability to prioritize, work efficiently, and keep the whole ecosystem in balance. Balance is so important because the happiness of the homemaker is very important to the happiness of everyone else.

Some of the benefits of good homemaking are more satisfaction, energy, joy, and happiness for you; more beauty; less drudgery; better-behaved children; and a more robust love life.

Marie Kondo wasn’t kidding when she said that really tidying up works magic.

So what exactly do you have to do to get these great results?

Like anything worthwhile, real homemaking requires practice, persistence, and probably some study. It’s not just about cleaning and organizing though, but more profoundly about cultivating a healthy relationship with your dwelling, possessions, and, by extension, the people closest to you.

If your children have behavior issues, giving them a clean, clutter-free home can reduce some of the stress on their systems—even allowing them to enter into a play state similar to meditation.

Stresses of different sorts are often at the root of misbehavior. These can include toxins in food, parents’ emotions, and an unkempt home.

Although children are usually the chief mess-makers in a home, and though it may seem as if they are oblivious to their surroundings, children are actually more sensitive than adults. Some interpret dirt and mess as a lack of love and care. They can also become overwhelmed by too many toys.

In his book “Simplicity Parenting,” psychologist Kim John Payne has a protocol for addressing behavior issues through simplifying children’s lives, especially their toys.

After developing this protocol, Payne writes that he started getting referrals not only from  families but also psychologists and psychiatrists in his area because “they were finding that their own treatment methods—whether cognitive behavioral, art therapy or talk therapy, were much more effective once a simplification regime had taken hold in the home.”

His protocol has also transformed sibling dynamics. Payne recounts the story of a family with a 5-year-old girl and 3-year-old boy who were constantly fighting. Their mother had read every book on sibling rivalry she could find but nothing helped and the parents “had been concerned that their kids just did not, and could not get along.”

The girl, Elise, liked to sort toys, arranging them with meticulous care. Then her brother, Mikey, would descend, breaking toys and messing up her arrangements. This was followed by screaming, and the cycle repeated many times a day.

When the parents simplified, the fighting eased up considerably.

“I think Elise and Mikey were often reacting not so much to each other, but to a feeling of overwhelm,” Payne writes. “Elise’s response to all of those toys was to try to control them, to herd, and classify them, while Mikey’s response was to pound them.”

Payne has also done research looking at the efficacy of simplification as a drug-free approach to ADD. This includes simplifying the environment, diet, and amount of information in children’s lives. He did two studies, both of which showed that 68 percent of children whose parents adhered to the simplification protocol went from clinically dysfunctional to functional within four months.

He explains how these results can be understood hormonally:

“The anxious child has an abundance of cortisone that the body can’t fully assimilate; the very active child has tendencies derived from adrenaline. Individual children (and adults) have individual internal landscapes and drivers. What our study shows is that these chemical landscapes and drivers (hormones and tendencies) can be affected by changes in a child’s environment and their lives. Behavioral tendencies can be soothed or relaxed by creating calm.”

He also studied children with serious ADHD symptoms and found that with simplification, they came out of  “amygdala hijack” and “returned to a reachable and teachable state.”

The amygdala is a very ancient part of our brain that responds to fight or flight situations.

Payne also points out research on Tibetan monks, which shows that their brains are structurally enhanced in the areas that correlate with emotions such as joy and happiness and empathy.

By giving children a simpler environment, we guide them toward inner peace, he says.

“Kids are not monks who can meditate for hours a day, but they do the equivalent when they are involved in play, in deep, uninterrupted play,” Payne writes.

“A smaller, more manageable quantity of toys invites deeper play and engagement. An avalanche of toys invites emotional disconnect and a sense of overwhelm,” he says later in the book.

Many people don’t realize how attractive good housekeeping makes them or how fundamental a well-kept home is to a happy marriage.

Marie Kondo writes that many of her clients find that thoroughly cleaning up also puts their love life in order.

“I often hear from my clients that their love lives went more smoothly once they had tidied up,” she writes in her book “Spark Joy.”

“The reasons are varied. For some, overcoming an inferiority complex about tidying instilled confidence, making the person more proactive about love. For others, tidying up has increased the spark in their relationship so that they pop the question.”

It can go the other way, too, however. Sometimes, a clean home helps people realize that they need to end a relationship, she writes.

Kondo also observes that the state of someone’s house often reflects their feelings about intimate relationships.

“People who haven’t met someone they really like tend to have accumulated a lot of old clothes and papers, while people who are in a relationship but are feeling ambiguous about it tend to be careless with their things.”

The act of cleaning and caring for a home can also save a marriage that’s on the rocks.

In “Why Cleaning Has Meaning: Bringing Wellbeing Into Your Home,” professional cleaner Linda Thomas recounts the story of a couple whose life was changed after the wife took her cleaning workshop:

“Five years later … she told me that the cleaning workshop had saved her marriage. As both she and her husband started caring for their home again, they remembered all the ideals and dreams they had in the beautiful moments they shared when they started building their home. Her husband even told her it was when she started caring for the home again that he not only felt respected, he also felt that she was aware of him again.”

And this isn’t an isolated case. “Fascinating Womanhood,” a book that lays out a time-tested protocol for women who want to achieve long-term marital bliss, says that a key component for a truly happy marriage is that a woman must take her homemaking seriously.

Beyond Drudgery: A Sisyphean Task

Housework can feel like a Sisyphean task—especially for mothers of young children who see their efforts undone within hours or minutes. And with all the business and stresses of life, many of us rush through our cleaning, doing only what is necessary.

But experts say that a truly, happy, healthy home must be cleaned differently—thoroughly, with care, attention, and dedication.

“When we take our clothes in our hands and fold them neatly, we are, I believe, transmitting energy which has a positive effect on our clothes. Folding properly pulls the cloth taut and erases wrinkles, and it makes the material stronger and more vibrant. Clothes that have been neatly folded have a resilience and sheen that can be discerned immediately, clearly distinguishing them from those that have been haphazardly stuffed in a drawer,” writes Kondo.

This is, of course, only a small piece of Kondo’s overall method for keeping an orderly house, but it’s an example of the level of care and attention she recommends people give to their clothes routinely.

Kondo takes inspiration from the Shinto religion, which holds that every object has a spirit of sorts. In Eastern culture, the spirit world was seen to influence many aspects of life, including illness, and a lot of emphasis was placed on intangible aspects of life. Kondo says that when her clients learn to keep a house with care, it “positively affects all other aspects of their lives including work and family,” including the ability to lose weight and have a happier marriage.

Now you may be thinking that you really don’t have time to do any more cleaning than you do. But what about if cleaning made you happy and gave you energy?

“Fascinating Womanhood,” which was first published in 1965, says that one of the keys to enjoying housekeeping is doing it really well.

Author Helen Andelin writes, “Many women fail to find happiness in homemaking because they go only the first mile. … They feed and clothe the family and keep the house reasonably clean, but not an ounce more. Their meals are all quick and easy, and then they’re off to an outside diversion. … You have to go the second mile to enjoy anything.”

I can attest that when I started folding clothes the way Kondo suggests, the task went from one I dreaded to one I found relaxing and enjoyable.

Thomas, a professional cleaner who has run her own ecological cleaning company for over 20 years, says that initially, she didn’t like cleaning so much, but as she understood more deeply what her contribution was, she actually found herself energized by her work.

“The Gods condemned Sisyphus to push a huge rock up a mountain, but it always rolled back down. Certain legends claim that Sisyphus found peace when he managed to see a deeper purpose in his task. Crushing situations usually lose their impact once their purpose is understood. Our understanding helps us become masters of a situation,” she writes.

And truly, making a home is an act of understanding ourselves, our feelings, and the value we place on our relationships and possessions.