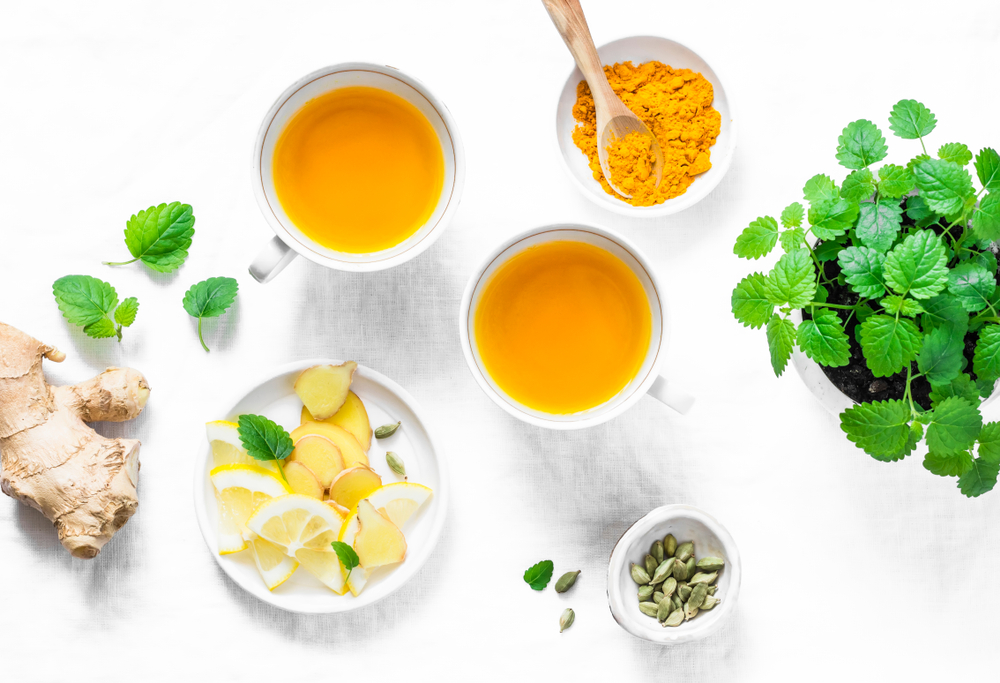 Certain spices, and compounds can be anti-inflammatory, and when used in the original form, a spice, or slices of ginger in your food, it can reduce inflammation. (Shutterstock)
Food as Medicine

We all know that exercise, adequate sleep, fruits and vegetables, and fiber support a healthy heart, but perhaps we should consider adding some spice to that winning combination. Some researchers have been looking into the heart-healthy features of several of the more popular spices we use to perk up our food, and the news is encouraging.

Interest in and use of medicinal herbs and spices has been around for millennia and enjoyed by peoples from various societies and cultures around the world. In recent years, researchers have been delving into the reasons why these plants have been time-honored and putting a “scientific seal” on many of them.

Four spices in particular caught the eye of a scientific team who wanted to determine whether the folk lore behind their use as heart-friendly plants held merit. What did they find about greater cardamom, coriander, ginger, and turmeric? Are they really beneficial spices for the the heart? Overall, the authors concluded that “current research shows that they can also be effectively used for the prevention and control of CVDs [cardiovascular diseases].” Here are some reasons why.

Also known as black cardamom among other names, this spice (Amomum subulatum Roxb.) may be better known for its ability to relieve gastrointestinal ailments, such as nausea, vomiting, heartburn, and diarrhea. However, in matters of the heart, greater cardamom has demonstrated some noteworthy traits.

For example, individuals with ischemic heart disease were given either 3 grams cardamom or a placebo daily for 12 weeks. Those who ingested the spice showed improvement in their cholesterol and triglyceride levels as well as significant enhancement of antioxidant levels and fibrinolytic activity (involved with blood clots).

Some of the best ways to use cardamom are in Indian dishes (e.g., curries), with fruits, and in glazes. Cardamom is popular in chai and is often blended with coriander, ginger, and turmeric-all of which also happen to be heart-healthy spices!

Coriander holds the distinction of being two things at the same time: an herb (the leaves, which are referred to as cilantro) and a spice, which comes from the dried seeds of the plant cilantro (Coriandrum sativum L.). The seeds have been shown to reduce levels of bad cholesterol (LDL), triglycerides, and total cholesterol in rats.

Although you can enjoy cilantro fresh in salsa, salads, and many other dishes, dried coriander is also popular in dressings, Indian dishes, marinades, soups, and other recipes. Dr. Mercola suggests buying whole coriander seeds and then grinding them yourself, because the powder loses its flavor quickly. Therefore, just make what you need and save the rest.

Turmeric (Curcuma longa L.) is often synonymous with its main lively ingredient, curcumin, a spice commonly used in Indian dishes. The benefits of turmeric and curcumin extend way beyond their ability to enhance your meals, however. In fact, cardiologist Stephen Sinatra, MD, is an advocate of turmeric for heart health because the spice contains potent anti-inflammatory and antioxidant components.

Curcumin has demonstrated an ability to improve the function of the lining of blood vessels (endothelium) just as well as the drug atorvastatin. This is critical because endothelial dysfunction is intimately involved in blood pressure, blood clotting, and other factors associated with heart disease. Other research has shown that curcumin lowers bad cholesterol (LDL) and triglycerides, including patients with coronary artery disease.

Ginger (Zingiber officinale Roscoe) is reportedly the “most widely used dietary condiment in the world today,” according to Dr. Josh Axe. It belongs to the same heart-friendly family as cardamom and turmeric, and its healing powers have been enjoyed for more than 4,700 years.

Ginger owes its health benefits to compounds called gingerols, which have anti-inflammatory and antioxidant powers. A combination of ginger, onions, and garlic is especially helpful in fighting blood clots, which in turn protects against heart attack and stroke. Even alone, however, ginger is good for your heart. Try adding a slice of raw ginger to your morning smoothie, enjoying a cup of ginger tea, or adding ground ginger powder to your favorite recipes.

Spicing up your diet can benefit your heart. Be sure to include these spices (certified organic, of course!) regularly in your menu planning.

Mercola.com. What is coriander good for?