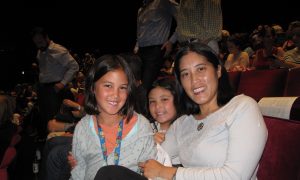 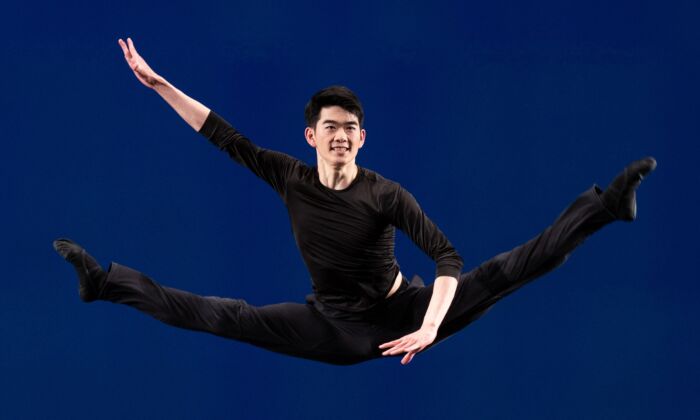 Victor Li: A Gentleman and a Scholar

This is Victor Li’s fifth time entering the NTD TV International Classical Chinese Dance Competition. For most aspiring classical Chinese dancers, this competition is a rite of passage, one chaired by many of the same artists who helped put this 5,000-year-old art form on the map worldwide.

“I don’t think I’ll enter again,” added Li, a dancer with the renowned Shen Yun Performing Arts. After all, he is already a member of the world’s premier classical Chinese dance company, and the competition is for Li mostly a chance to face himself.

Li was born in Thailand and grew up in Canada, with little exposure to classical Chinese dance, or traditional Chinese culture at all. But his older brother had pursued classical Chinese dance as a career and made it into New York-based Shen Yun. Li would visit his brother in America from time to time, and through those visits become fascinated with the dynamic flips and dramatic stories from ancient Chinese classics  like “Journey to the West” and “Romance of the Three Kingdoms.”

Slowly but surely, Li immersed himself in these stories and followed his brother’s footsteps to become a dancer.

“I didn’t know how tired I was going to be,” he said with a laugh. Before he tried out for dance school, he had never been particularly physically active, Li said. The stamina needed for a dancer’s daily routine (filled with dance, stretches, and more dance) felt out of reach at first. His brother’s professional colleagues had made it all look so effortless.

With time, effort, and perseverance, Li caught up. The movements became more natural as his strength and stamina increased, and he was soon to learn that dance was more than just physical.

“The first time [I entered the competition], I didn’t even make it past the school round of selections,” Li said. He was attending Fei Tien Academy of the Arts, the school that trains Shen Yun performers, and he signed up for the competition simply because most students do. He hadn’t thought much of it when he put his hat in the ring.

But when he didn’t make the cut—”I kind of cried,” Li recalled. “I ran out of the theater, really depressed.”

His teacher stopped him in the hallway and gave him sage words of advice: Failure was part of the process, and every artist must contend with it. And Li for the first time faced his reason for failure. “I had been copying my brother—completely copying,” he said. He danced because his brother danced, and even picked the same character and story for his competition piece as the one his brother used in a previous year. He hadn’t given serious thought to his own reason for pursuing the art, not yet tying all his hard work to personal purpose. He had assumed he could do well just by going through the motions, even though he hadn’t committed his heart and spirit to it.

After that, Li made a big change. He had pushed himself so hard to learn classical Chinese dance so that he could join Shen Yun, not just to dance and perform, but to take on Shen Yun’s mission of showing the authentic 5,000 years of Chinese culture, he said. “Chinese culture helped me to improve so much, that I want to help spread it to other people, to help others.”

The personal epiphany did not transform Li into a top dancer overnight.

“The second time [I entered the competition], I got cut in the preliminaries,” Li said. But on his third attempt, he won Bronze, and on his fourth, Silver. This year, regardless of the result, it will be his last. “I’m not aiming to get gold or anything, just that I want to do better than I did last time.”

One of the changes Li made after he stopped copying his brother was take on scholar-type characters. Since dancers must prepare a dance of their choosing to perform in the competition, some choose to depict well-known stories or figures, others dramatize a story of their own creation. Many of the characters men choose to portray in classical Chinese dance fall under two characters, martial types and scholar types, Li explained.  The scholars are gentlemanly characters who embody Confucian principles. There is a lighthearted curiosity and pursuit of wisdom in these scholarly characters that Li is drawn to, and he chose such a character for his competition piece this year.

“It’s a lighthearted cultivation story,” Li explained. His character is a novice archer—chosen because Li himself enjoys archery as a hobby—and he’s eager to try out his new bow, despite his lack of skill. A Taoist master passing by watches him before asking for the bow, and demonstrating his great skill, and the novice archer begs the Tao master to teach him.

“I read a story before called ‘Jichuan Learns to Shoot.’ That story made me think about having a different mindset of how we practice,” Li said. “This ancient story taught me if you improve your spiritual side, your mindset, a lot of other things improve too.”

In the story Li made up, when the Taoist master finally agrees to take on the novice archer, he first teaches him to meditate, before he teaches him how to shoot—and it makes a world of difference. The ability to focus and the ability to see things in a different way helps this novice archer more than if he had done nothing but practice shooting arrows all day. Li says his own journey in dance has had parallels too—mindset is everything.

“If I have the right mindset, if I’m positive, that actually does affect me physically,” Li said. Dancers have a physically demanding schedule, and if all he thinks about is that he’s tired, he won’t feel anything other than the tiredness that is on top of his mind. Conversely, when he meets the day with a positive attitude, he improves both himself and his environment, whether that is the classroom, or the theater.

On stage, Li is thinking first and foremost about giving the audience something that is both entertaining and enlightening. Classical Chinese dance is famous for its expressiveness, with a great focus on the artist’s inner feelings and the transmission of that feeling into motion. Shen Yun’s dancers are especially adept at this, because they put into practice the idea of having the body lead the arms, and the hips lead the legs, thus elongating a dancer’s limbs on stage and having every move begin from the body’s center. With this method, their movements are grander, clearer, and more expressive on stage. What Li seeks to express is something universally uplifting, and that may be one reason he gravitates towards these scholarly characters. “I try to [show] an inner happiness; that’s my ideal of the Chinese scholars,” Li said.

“I think I started liking dancing after I started dancing on stage,” Li said. Until there is an audience, everything is merely training and rehearsal. “On stage, in front of thousands of people, I felt like: ‘Wow, I’m actually doing something that can help and affect the audience.’ At that time, you feel like you’re dancing and you’re doing something good, and it’s going to have an effect on the world.”