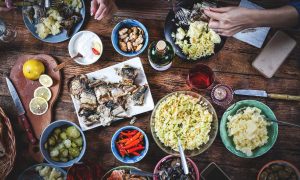 Keto Diet Versus Vegan Diet: Is One Better for Weight Loss?
0 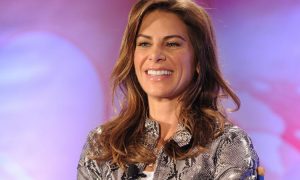 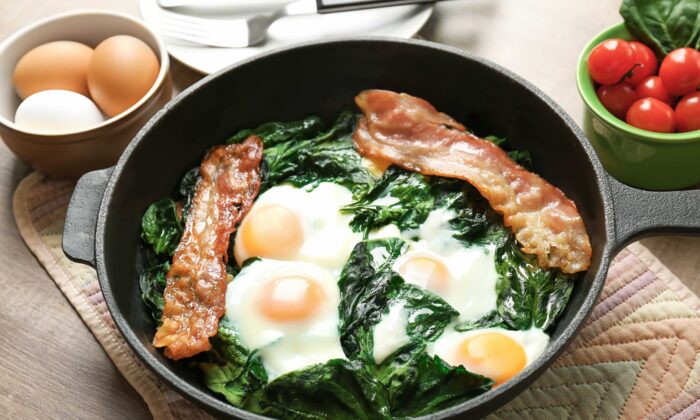 The keto diet’s focus on fat and protein makes for a tasty breakfast, but lacks complete nutrition. (Africa Studio/Shutterstock)
Wellness

A partnership between the Department of Veterans Affairs and Silicon Valley startup Virta Health Corp. is focusing attention on the company’s claim that it provides treatment “clinically-proven to safely and sustainably reverse type 2 diabetes” without medication or surgery.

The assertion is at the heart of an ongoing debate about the keto diet’s effect on diabetes. Some diabetes experts are skeptical of Virta’s promise and are expressing concerns that the company’s partnership with the federal government is giving the diet too much credence.

The agreement has helped raise the national profile of Virta, a fledgling health company that has developed a proprietary system of remote coaching and monitoring for people with Type 2 diabetes to help them follow the keto diet, which is high in fat and low in carbohydrates.

Despite its strict requirements, the keto diet has gained popularity in recent years with consumers and studies noting it helps shed pounds and can lead to improved health. But the company’s claim about reversing diabetes is unusual. Type 2 diabetes is often linked to excess weight, and the company said its studies suggest that significant weight loss through keto can lower patients’ blood sugar and their need for diabetic medications.

The diet has won support among some diabetes researchers and patient groups. But other public health advocates are concerned that the science of treating diabetes with a keto diet is not well studied. They worry about keto’s effect on the heart and the scarcity of vegetables and fruits generally in the diet.

Under the accord, Virta is providing its services free to about 400 VA patients for a year while federal officials evaluate the service and their health.

In November, Virta announced in a news release that the initial 90-day results were promising. It said veterans reported weight loss, reduced blood sugar, and lower reliance on diabetes medication.

But Virta declined to provide KHN with underlying data, citing the need to protect patient information. It did arrange an interview with its then-chief counsel and vice president of finance, Anand Parikh. He said he expected the partnership with the VA to soon expand. Parikh, who left the company in December, said that future government collaboration will likely involve payment to Virta but that it was too early to estimate a price. The treatment currently costs other patients $370 per month, plus a one-time $500 initiation fee.

A VA spokesperson did not respond to detailed written questions concerning the partnership.

The VA runs the country’s largest integrated health care system and is considered a leader in diabetes care. Roughly 25 percent of its patients have the disease, which is twice the national average. Inside the VA, diabetes is the leading cause of blindness, renal disease, and amputations.

Virta offers diet coaching, monitoring, and support through a smartphone application. Patients can use the services around the clock and regularly upload their blood sugar readings and other medical details, such as weight and blood pressure.

“One of the most important things about our approach is that we individualize for each person,” Parikh said.

The VA’s work with Virta has raised alarm bells, including on Capitol Hill.

In October, Rep. Josh Gottheimer (D-N.J.) sent a letter to Wilkie saying that the “partnership between the VA and Virta Health Corporation provides tacit approval of the ketogenic diet as a means to reverse the impacts of type 2 diabetes.” His letter also added, “Promoting a ketogenic diet for patients with diabetes may put them at increased health risk.”

Neither Gottheimer nor his staff returned repeated requests for comment about what prompted his letter.

Virta officials first floated the idea of a partnership during President Barack Obama’s administration. A deal was finalized last year after former Rep. Jeff Miller (R-Fla.), who is now a Washington lobbyist, signed up to work for the company. Miller retired from his seat in January 2017 after serving as the powerful chairman of the House Veterans’ Affairs Committee for six years.

The day after registering as a lobbyist for Virta, Miller sent a note to Darin Selnick, then a senior VA political appointee, with proposed language for an agreement between Virta and the VA, according to emails obtained through the Freedom of Information Act. Selnick reviewed it, then passed it along to an official in the VA’s research department.

Parikh said the VA thoroughly evaluated Virta’s research before the deal was done. The partnership was announced in May.

Virta was founded in 2014 by venture capitalist Sami Inkinen after doctors told him he had signs of a prediabetes condition. Joining him were Dr. Stephen Phinney and Jeff Volek, who researches low-carb diets. The two had written a book about the Atkins diet, which also emphasizes severely limiting carbohydrates and turning to some high-fat foods.

A spokesperson for the American Diabetes Association declined to comment on Virta’s treatment regimen but pointed to an article in its magazine that noted some benefits of a keto diet, such as lowering blood sugar and weight, while listing its potential drawbacks, including missing nutrients, risk of dehydration, and high cost.

Still, many health experts said there is little evidence the diet can produce long-term results that ameliorate diabetes.

Moreover, some studies suggest that low-fat diets with plenty of plant-based nutrition, like the Mediterranean diet, produce similar results and have fewer health risks. The VA’s clinical guidelines for diabetes care, while acknowledging potential benefits of low-carb diets like keto, make clear that “the evidence in support of the Mediterranean diet was more uniform and robust than that for the lower carbohydrate dietary approaches.”

Proponents of the keto diet note that a vegetarian option is also available.

Virta’s website lists six research papers as proof that the company’s assistance for diabetes results in significant improvements in various clinical markers of diabetes, including obesity and blood sugar levels.

The papers were peer-reviewed, yet they are all based on a single, non-randomized clinical trial of 262 patients, which was funded by Virta. Among the authors of these papers are Volek and Phinney.

In April, two Virta consultants co-authored a journal article reviewing various studies and said they showed that low-carb diets were “effective in reversing diabetes in the short term.”

Concerns About Missing Nutrients in the Diet

Dr. Randall Stafford, who directs Stanford University’s Program on Prevention Outcomes and Practices, reviewed Virta’s research and called the results “encouraging.” Yet he said the control group was “fairly useless, given that it was composed of people who did not want to change their diets.”

“My interpretation is that the keto diet is a temporizing measure, not a cure,” he said.

In April, the Physicians Committee for Responsible Medicine, a nonprofit research and advocacy organization that advocates for plant-based diets, urged Wilkie in a letter to cancel the Virta partnership.

“The company’s approach is to place patients with diabetes on a low-carb ketogenic diet,” the letter reads. “At best, this type of diet may act as a ‘Band-Aid’ for diabetes, yet it carries serious health risks,” including higher cholesterol levels and nutrient deficiencies.

A large study by the European Society of Cardiology published in 2018 found those who ate a low-carbohydrate diet were at greater risk of coronary heart disease, stroke, and cancer.

In an opinion article in the Journal of the American Medical Association, Dr. Shivam Joshi, a lifestyle medicine physician associated with NYU Langone Health, suggested that Virta’s April review of studies should “be interpreted with caution” as the group of participants was self-selecting and said the review “presents an overly enthusiastic narrative” that passed over studies critical of the ketogenic lifestyle.

“Any diet can be effective when bundled with intense lifestyle interventions,” Joshi said in an interview. “The real question needs to be over the long-term benefits of the diet itself.”

Jasper Craven is a freelance journalist. KHN’s coverage of these topics is supported by The John A. Hartford Foundation, Gordon and Betty Moore Foundation, and The SCAN Foundation. This article was first published by Kaiser Health News.