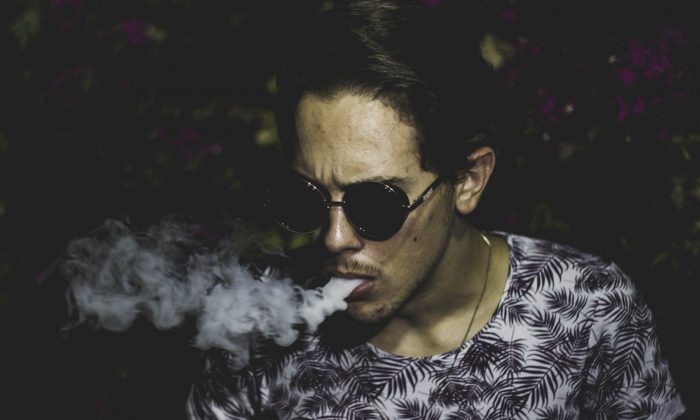 Vaping could cause pneumonia, experts are warning. (Photo by Itay Kabalo on Unsplash)
Health News

Flavor additives used in e-cigarettes may harm blood vessels, according to new research.

In a recent study published in the American Heart Association’s journal Arteriosclerosis, Thrombosis, and Vascular Biology, researchers found that flavorings that are widely added to vape fluids may be toxic to the cells that line and regulate blood vessel function.

The damage caused to those cells may be an early indicator of future heart disease, said a statement by the American Heart Association.

After only 90 minutes of exposure in the laboratory, all nine chemicals caused cell death when tested at the highest levels. The flavors cinnamon, clove, strawberry, banana, and spicy cooling also killed cells at lower levels of exposure.

Each of the flavours also reduced the ability of the cells to produce nitric oxide—the molecule that fights inflammation and blood clotting, and allow blood vessel to widen for higher blood flow—when used at the highest levels.

Lower concentrations of the flavors menthol, burnt, clove, vanilla, and cinnamon also led to both inflammation and lower levels of nitric oxide production.

“Increased inflammation and a loss of nitric oxide are some of the first changes to occur leading up to cardiovascular disease and events like heart attacks and stroke, so they are considered early predictors of heart disease,” said lead author Dr. Jessica L. Fetterman, assistant professor of medicine at Boston University School of Medicine.

“Our findings suggest that these flavoring additives may have serious health consequences.”

Given the study was done on cells in a laboratory, the authors noted that cells were “unlikely” to be exposed to such high concentrations of these chemicals inside the body.

“One of the biggest … questions that remains is how much of the flavoring additives get into the blood circulation after you inhale them,” Fetterman told the American Heart Association.

Even so, these findings mark an important contribution to existing research in the area, said Dr. Neal L. Benowitz, a professor at the Center for Tobacco Control and Research and Education at the University of California, who was not involved in the study.

“I think [these findings] alert regulators that flavors need to be considered in evaluating the cardiovascular health [impact] of e-cigarettes.”

The research comes after studies showing that vaping could cause cancer and heart disease, and increases the risk of pneumonia.