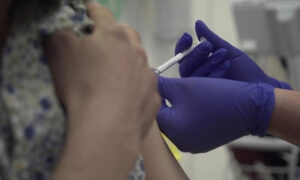 CCP Virus Vaccine Could be Available in Fall 2020: Researchers
0 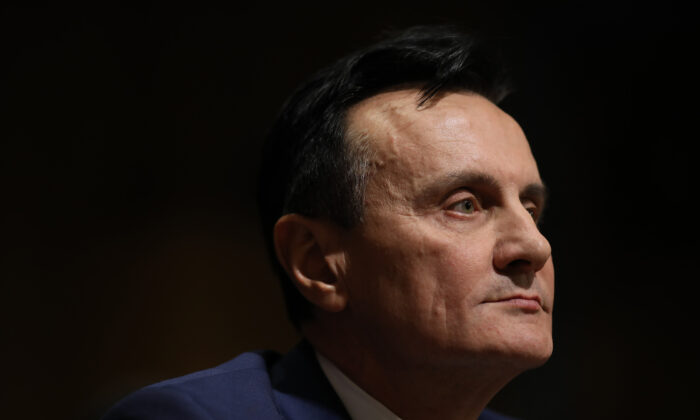 A vaccine for the CCP virus being developed by British scientists could arrive in the United States as early as October thanks to an acceleration made possible by the Trump administration’s new Operation Warp Speed, a program aimed at speeding up the testing, production, and deployment of vaccines against the new virus.

The Department of Health and Human Services (HHS) announced Thursday a collaboration with AstraZeneca, which obtained the license for the vaccine.

Researchers at the University of Oxford are testing the vaccine candidate in humans. They’ve said the vaccine, which protects against the CCP (Chinese Communist Party) virus, could be available by the fall.

Under the new public-private partnership, the HHS office known as BARDA can provide up to $1.2 billion to support advanced clinical studies, transfer of technology to speed up manufacturing the vaccine even as testing continues, and scaled-up manufacturing.

“This contract with AstraZeneca is a major milestone in Operation Warp Speed’s work toward a safe, effective, widely available vaccine by 2021,” Health Secretary Alex Azar said in a statement.

The deal also allows a phase three trial of the vaccine, previously known as ChAdOx1 nCoV-19 and now labeled AZD1222, in the United States this summer with approximately 30,000 volunteers.

Pending emergency use authorization of licensure from the Food and Drug Administration, at least 300 million doses of the vaccine will be distributed in the United States. The first doses could be delivered as early as October.

The company said in a separate statement that it’s secured enough manufacturing capacity to produce one billion doses and expects to start delivering the vaccine in September.

“This pandemic is a global tragedy and it is a challenge for all of humanity. We need to defeat the virus together or it will continue to inflict huge personal suffering and leave long-lasting economic and social scars in every country around the world,” CEO Pascal Soriot said.

The company said executives are aware the vaccine may not work but they’re committed to progressing through more advanced trials while scaling up manufacturing, despite the risk.

Current plans call for distributing 30 million doses of the vaccine to Britons by September if trials are successful, British Secretary of State for Business Alok Sharma said at a recent press briefing.

The University of Oxford in late April announced the partnership with AstraZeneca, a pharmaceutical company that will work with global partners to distribute the vaccine candidate, if it’s successful, to other countries.

Both the company and the university are operating on a nonprofit basis for the duration of the COVID-19 pandemic, with only the costs of production and distribution being covered. Any royalties the university receives after the pandemic is over will be reinvested back into medical research.

“Our partnership with AstraZeneca will be a major force in the struggle against pandemics for many years to come. We believe that together we will be in a strong position to start immunizing against coronavirus once we have an effective approved vaccine,” John Bell, a professor of medicine at Oxford, said in a statement.