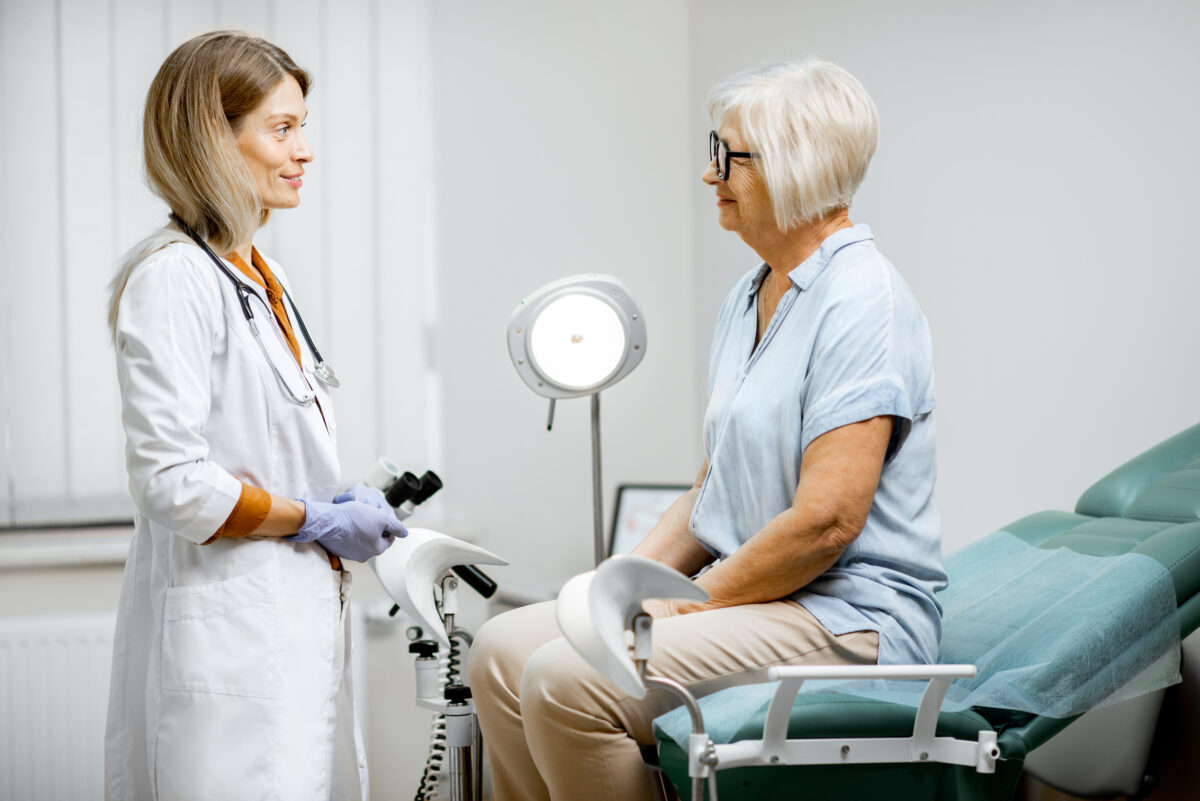 Uterine Prolapse: When Your Insides Fall Out

Treatments for this unsettling condition have come a long way since the time of using 'bad odors'
BY Peter Weiss TIMEJune 19, 2022 PRINT

P.G. was a 54-year-old mother of three. All three of her children had been natural, vaginal deliveries. Her youngest is now 14. She had been complaining of increasing pelvic pressure for the past six or seven years, but since menopause (at age 52), her symptoms had been getting worse.

She had some leaking of urine, again worsening the past few years. P.G. could no longer play tennis, which she loved, let alone do any real physical activity without discomfort. She scheduled an urgent appointment since she felt that something was “falling out.”

I had a suspicion about what I would find when she showed up for her exam. She had a grade three uterine prolapse, which is pretty significant. We grade them from one to four, with three being the uterus peeking out of the vagina. At 4, the whole uterus is hanging outside the vagina.

Uterine prolapses have been affecting women for thousands of years. An ancient Egyptian papyrus mentions “of a woman whose posterior, belly, and branching of her thighs are painful, say thou as to it, it is the falling of the womb,” notes J. S. McKay in “The History of Ancient Gynaecology.”

Over time, the recommended treatments have included rubbing petroleum (oil of earth), manure and honey on it, applying bad odors near the womb to chase it back in, or using astringents to dry up the womb. One treatment used a halved pomegranate as a precursor to one of the current treatments.

Today, one of the oldest and still-in-practice ways to treat a uterine prolapse is that of the pessary.

A pessary is basically a soft, rubber, removable prosthetic device that keeps the uterus well in the vagina and prevents it from prolapsing, or falling out. The pessary became the treatment of choice starting in the late 16th century with the use of lint balls, brass, waxed cork, wood, even silver and gold. They would have a string attached for easier removal. In the mid-19th century, Hugh Hodge of Philadelphia developed the first rubber pessary after the invention of vulcanized rubber by Charles Goodyear.

P.G. had a significant uterine prolapse. All her kids were over eight pounds at delivery and they did some damage to her pelvic floor. The weakness or defect in her pelvis is similar to a hernia, and allows for her uterus, as well as her bladder, rectum, and even bowel to begin falling out, all behind the uterus. The options for P.G. today are numerous, but they all come down to pelvic floor physical therapy, the use of a pessary, or having surgery to repair the damage.

Some risks for developing prolapse of any degree include pregnancy, birth trauma, delivering a large baby, being overweight or obese, menopause (low estrogen state), chronic constipation (straining with bowel movements), as well as repeated heavy lifting.

I have many patients for whom I fit a pessary, but P.G. was not one of them. Her defect was too large, and a pessary would not be the best solution for someone who was still young and wanted to be very active.

Most pessaries are placed in women much older or with significant medical issues to make surgery a high risk proposition. I have several women in their 70s and 80s in which I successfully fitted different shaped pessaries. They have to see me every three months to remove, clean and properly place their pessary back in their vagina. They all are doing very well.

The first vaginal hysterectomy was done in 1861 by a Dr. Choppin in New Orleans. The surgery was performed using chloroform. The patient survived and “A little more than a month after the surgery, Choppin presented the patient to the class of the New Orleans School of Medicine, the patient holding the specimen in hand,” recounts an article in the Southern Journal of the Medical Sciences from 1866.

We have come a very long way since then. Treatment plans for uterine prolapse and other related pelvic floor defects vary depending on what organs are involved. The anatomic defect and the symptoms dictate the treatment plans. Patients with more mild defects may benefit from actual pelvic floor physical therapy. This is not your grandmother’s Kegel exercise. Kegels are basically pelvic floor muscle-tightening exercises. Pelvic floor physical therapy is a much more intense isolation of the defect with enhanced strengthening exercises. This can be quite beneficial but requires dedication.

P.G. was also estrogen deficient, since she was in menopause. We started her on some vaginal estrogen cream to help strengthen her tissue. This wasn’t nearly enough to correct her prolapse. It was done more to prepare her vaginal tissue before surgery.

Surgical correction should be done by a specialist. Someone who’s trained to not only do a hysterectomy, but also in correcting associated defects of the bladder, urethra, rectum, as well as the vagina. Many women will require a procedure to prevent urine leakage after correction of a prolapsed uterus. The pelvic floor is complex, and correcting one area may inadvertently cause another problem to arise. Not all gynecologists are trained in such surgeries.

P.G. was referred to a specialist who was trained in gynecology and female urology, a urogynecologist. She elected to have a vaginal hysterectomy, and repair of her bladder as well as her rectum. A “sling” was placed beneath her urethra to prevent inadvertent leaking of urine. P.G. was back to playing tennis six weeks after her surgery.