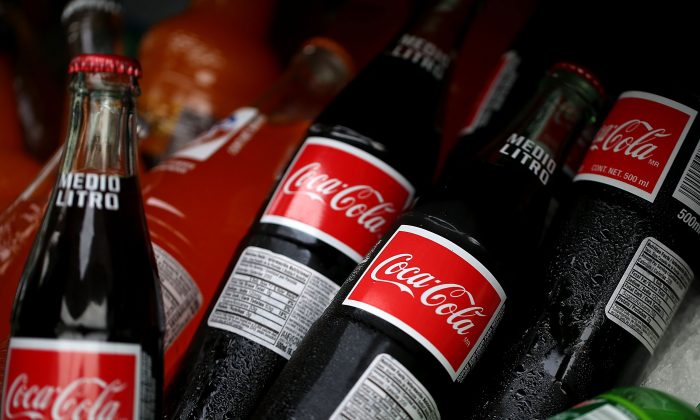 Bottles of soda are displayed in a cooler in a food truck on June 10, 2015 in San Francisco, California. (Justin Sullivan/Getty Images)
Health News

US Soda Consumption Lowest in 30 Years

Soda consumption is on the decline.

The amount of carbonated beverages consumed per capita in the United States in 2015 was at the lowest level since 1985, according to Beverage Digest, ABC News reports.

“Soda declines have been driven by an explosion of beverage alternatives—everything from energy drinks to cold brew coffee— and some consumers’ desire to cut sugar or artificial sweeteners from their diets,” Duane Stanford, Beverage Digest editor, told ABC News.

The United States was the number one country in the world in per capita soda consumption for years, but was dethroned by Mexico in 2010, and other countries are quickly catching up.

“I don’t think that’s likely to abate anytime soon,” equity analyst Adam Fleck told ABC News. “The core consumer of soda continues to hold up the market, so the U.S. is still one of the highest per capita consumption countries in the world. But as you see a move toward healthier and organic options, and smaller packages, the overall volume picture will continue to decline.”