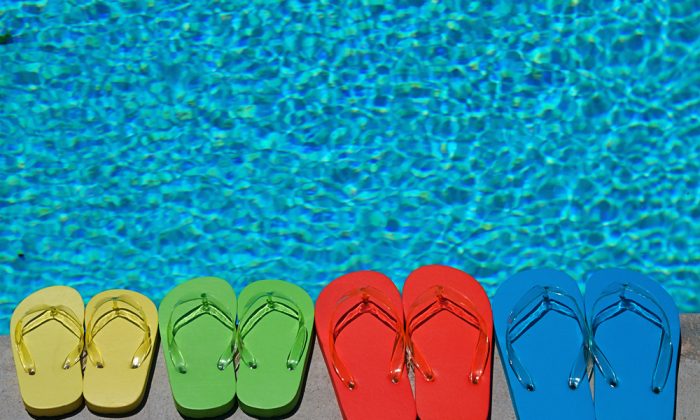 This article was originally published at www.environmentalhealthnews.org read the original here

Peeing in swimming pools may be hazardous to your health. That’s the message from scientists who have found that compounds in urine mix with chlorine to form chemicals that have been linked to respiratory effects in swimmers.

“If swimmers avoided urinating in pools, then air and water quality would likely improve independent of other changes in water treatment or air circulation,” the scientists from China Agricultural University and Purdue University wrote in the journal Environmental Science & Technology.

Researchers in recent years have been trying to determine whether breathing disinfection byproducts in the air at indoor pools can lead to asthma or other respiratory problems.

In a series of laboratory experiments, the scientists combined water collected from swimming pools in China with mixtures meant to mimic the chemical composition of sweat and urine. Chlorine, used to disinfect pools, reacts with a number of chemicals found in human sweat and urine.

Uric acid, found in urine, accounted for 24 to 68 percent (depending on temperature, water pH and chlorine condition) of the byproduct cyanogen chloride in the pool water samples. Cyanogen chloride can affect multiple organs, including the lungs, heart, and central nervous system via inhalation.

This is the first time uric acid has been identified as a major cyanogen chloride precursor in swimming pools, the researchers noted. Roughly 93 percent of uric acid in swimming pools comes from human urine. Sweat also contributes a small amount.

Uric acid also accounted for about 3 to 4 percent of another byproduct, trichloramine, in pool water. Previous studies have found that urea, another urine compound, converts readily to trichloramine.

Exposure to trichloramine at pools has been linked to reduced lung function in adult swimmers, and itchy eyes, runny nose and voice loss in lifeguards.

Swimming pools also might affect the airways of competitive swimmers. Bronchial biopsies of swimmers showed airway changes, including Inflammation, similar to those seen in people with mild asthma, although the changes weren’t associated with asthma symptoms.

Some studies have suggested a connection between childhood asthma and swimming in indoor pools, while others have found no connection.

The average swimmer introduces the equivalent of up to two shot glasses of urine into a pool each time he or she takes a dip, according to previous research.

*Picture of Pool from Shutterstock.com