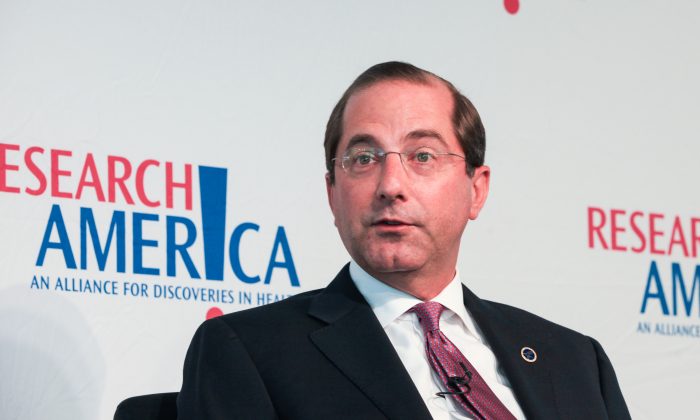 The Trump administration issued two final rules Nov. 7 that would expand the number of exemptions for businesses, organizations, and individuals that object to certain contraceptives from having to carry health insurance that covers them.

Under the Affordable Care Act (ACA), also known as Obamacare, insurance plans that were grandfathered in were not required to provide contraceptive coverage, exempting “tens of millions of people,” according to the Department of Health and Human Services (HHS). The ACA has required any new plans since 2012 to cover birth control, and it also required that those services—which had to be FDA-approved—be offered at no cost to the patient.

There was an exemption in the law for religious and religious-affiliated organizations, and later for “closely held for-profit organizations” after the Supreme Court ruled in favor of Hobby Lobby, which sued HHS in 2012 to prevent it from having to cover certain abortive medications it objected to based on religious grounds.

With the new rules, the Trump administration is expanding the exemptions.

One of the rules would exempt people and entities like houses of worship, nonprofits, and for-profit companies, from this mandate based on religious grounds, while the other rule would provide an exemption to nonprofits and small businesses that have a moral objection not tied to any particular religious belief. Publicly traded businesses and government entities would not be covered by this exemption.

HHS estimates this will exempt fewer than 200 employers and fewer than 127,000 women from the mandate.

What the rules don’t do is take away government programs that provide free or subsidized contraceptive coverage to low-income women, such as through community health centers, HHS said in its announcement.

The news was hailed by pro-life groups like Susan B. Anthony List and the Catholic League for upholding the religious values that Trump ran on.

“When Donald Trump was running for president in 2016, he pledged to undo the damage that his predecessor did to conscience rights. Now he has made good on his promise,” Catholic League president Bill Donohue said in a statement. “Kudos to President Trump.”

“President Trump and HHS Secretary Azar delivered a huge victory for conscience rights and religious liberty in America,” said SBA List President Marjorie Dannenfelser in a statement. “No longer will Catholic nuns who care for the elderly poor be forced by the government to provide abortion-inducing drugs in their health care plans.”

The ACLU, which has filed lawsuits against the Trump administration for its rulings on abortion, warned that the new rules would “allow virtually any employer to claim a religious or moral exemption.”

“The proposed rule was the subject of multiple lawsuits with two courts deciding against the Trump administration,” Louise Melling, deputy legal director of the American Civil Liberties Union, said in a statement. “We continue to stand with women and those who use reproductive health care services and will do so in the streets and in the courts.”

The ACLU did not respond to a request for comment by the time of publication if it planned to challenge the rules in court.

The rules will go into effect in 60 days.

Also on Nov. 7, the administration proposed a rule that would require health insurance companies to send separate bills for “abortion services” that cannot receive federal funds. Payees would also have to pay them separately.

The Patient Protection and Affordable Care Act already requires health insurance providers to send a separate bill for the portion of the premium that goes to abortion services.

The Centers for Medicare & Medicaid Services said the rule will “fully enforce” that portion of the act and will add new compliance reviews to monitor the fed-run exchanges.