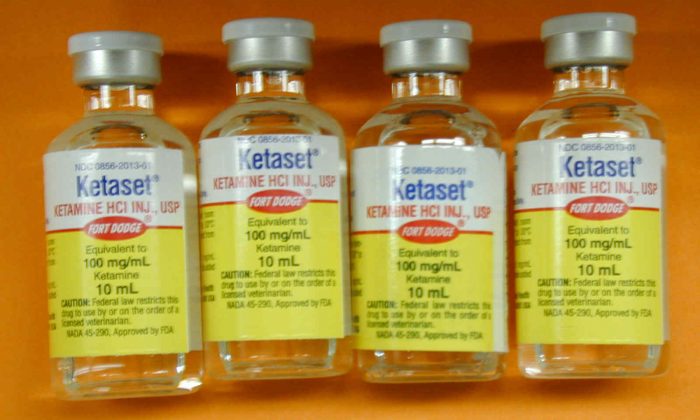 NEW YORK—As human beings, we instinctively avoid pain—the sting of nettles, the burn of a hotplate, the pinching of door hinges. Pain is useful because it communicates immediate danger and helps us keep out of it. However, some pain is chronic, as neuropathic pain often is.

In support forums, patients suffering from neuropathic pain describe their symptoms as “burning all over,” “shooting pains in the arms and legs,” “agony,” and “unbearable.” Many of them recount their experiences in seeking relief “frustrating,” that they’ve “tried everything,” or that “not one doctor can give me an answer.”

Neuropathic pain, as a broad category of conditions that include neuralgia, phantom limb syndrome, complex regional pain syndrome (CRPS), and central pain syndrome, is a little-understood realm in medicine. We don’t always know its causes. And current treatment methods are mediocre at best.

Even its occurrence rate among the general population is hard to discern.

In 2008, a study of neuropathic pain incidences in the Dutch population found it has an annual incidence of almost 1 percent of the general population and affects women and middle-aged persons more often.

Chronic pain affects more than day-to-day functioning. A study last year published in the Journal of Neuroscience found that people with chronic back pain or CRPS have smaller hippocampi than healthy people.

The hippocampus plays a crucial role in processing information, memory, and spatial navigation.

While researchers are slowly forming a better idea of what causes neuropathic pain, the research has been hard to translate into medical practice, leaving many patients feeling hopeless. Part of the reason is that there are likely a variety of causes that depend on the patient’s history of injury, lifestyle, and drug history.

Anticonvulsants have not been found to be more effective than tricyclic antidepressants with an efficacy rate about the same as that of SNRIs.

Patients who fail to find relief may have a new treatment option to turn to.

A 2006 study in the American Journal of Therapeutics http://www.rsds.org/pdfsall/Webster_Walker.pdf found that 85 percent of neuropathic pain patients who underwent outpatient ketamine infusion saw improvements in their conditions. Just over half of the study participants reported continued relief one month after discontinuing treatment.

Known more popularly for its abuse as a club drug, ketamine has been recognized and used for several decades as an anesthetic. It works to stop the transmission of pain by blocking N-methyl-D-aspartate (NMDA) receptors. Recent research has identified hyperactivity of these receptors as a possible factor in generating neuropathic pain.

Few medical establishments in the United States administer ketamine infusions. While it does not cure neuropathic pain conditions, treatment can put the patient into remission long enough to give the nervous system a chance to repair itself.

Despite the drug itself being inexpensive, the cost of ketamine infusion runs the gamut, from $200 to $2,000 per session in outpatient clinics.

Very rarely, hospitals offer it as an in-patient option, which, factoring in all overhead, runs an average of $25,000 for a five-day course of treatment, according to American RSD Hope, an association of neuropathic pain sufferers. However, a Web search revealed that none of the country’s largest medical institutions currently offers the therapy as more than part of clinical research.

Outpatient options are more cost-effective but take several hours a day, for a week or so.

Dr. Glen Z. Brooks, who runs a ketamine infusion clinic in New York, first offers an initial session to see if the patient responds. If it’s positive, Brooks recommends a series of six more treatments over the next eight days, either consecutively or every other day. Following that, the patient may return for single treatments for maintenance as needed. Typically, doctors charge $200 to $1,000 for each session.

Brooks, trained as an anesthesiologist, treats patients by referral only.

From March 2012, his practice was offering anesthesia-assisted opiate detox. It was during this time he discovered ketamine’s benefits on pain.

“Some of my patients were addicted to pain medications because they were having problems with chronic pain,” he said. “I noticed that if during their eight-hour detox procedure I added ketamine into the infusion, there were often dramatic improvements on their chronic pain following detox.”

In September 2012, he changed his practice over to ketamine therapy entirely, and sees patients with treatment-resistant depression and neuropathic pain.

“It stops the transmission of pain from the body to the spine and to the brain, and gives the system the chance to reboot,” said Brooks.

Of CRPS patients, he said, 80 percent see dramatic reduction in their pain with lasting improvement, and 20 percent do not.