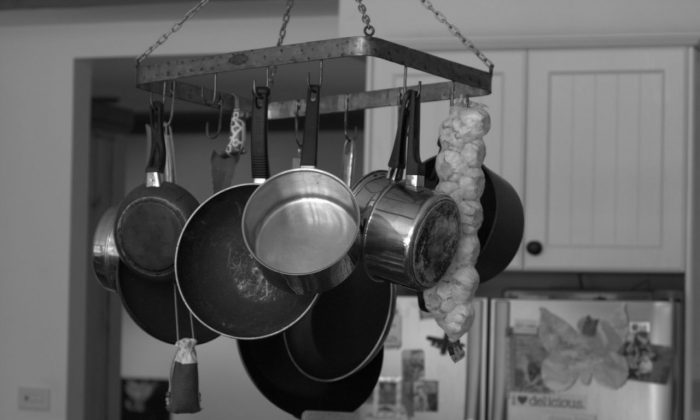 It's time to ditch nonstick cookware—and then reform our laws

The culprit was a toxic, now retired compound called PFOA. Also known as C8, the chemical became the subject of a major lawsuit accusing DuPont—the manufacturer of the popular nonstick coating—of sickening thousands of Americans.

Yet Teflon is still on the market, The Intercept reports, with a secret new active ingredient.

To find out what it was, scientists from the Environmental Protection Agency (EPA) sampled river water downstream from a North Carolina chemical plant that previously manufactured the lethal ingredient C8.

That’s right: The pollution of waterways with factory waste is such a given that the river was the EPA’s go-to location to find industrial chemicals.

Don’t we have a better way of disposing of toxic waste?

In 2016, don’t we have a better way of disposing of toxic waste? Don’t we have the sense to say that manufacturing plants shouldn’t be allowed to dump industrial waste into rivers?

Sad though it is, the scientists were right: They found a new generation of chemicals in the river that are related in performance properties to the poisonous one that’s no longer used.

Naturally, the scientists wondered, are the new compounds’ toxicity and environmental persistence also similar? Sure enough, the new chemicals used in Teflon cause cancer in lab animals.

This should call into question our environmental and chemical safety laws. DuPont, after all, helped write the law that regulates toxic chemicals. It’s a small surprise that it allows them to introduce new chemicals and profit like mad until scientists definitively prove them harmful.

How to Detox From Fluoride

In the case of PFOA, by that time it had already found its way into the bodies of 99.7 percent of Americans. Babies were being born with it in their bloodstreams.

Our chemical control laws aren’t getting fixed any time soon. But while we wait, there’s something all consumers can do: Stop buying Teflon.

Nonstick cookware is convenient, for obvious reasons. But it’s not the only option for nonstick cooking.

I’m personally a fan of stainless steel, but cast iron is nice too. So are the fancy Le Creuset enamel-covered pots and pans, although they cost a fortune. Another possibility is glass—not for most pots and pans, but for baking dishes used in the oven.

20 Ways to Detox Your Home

Does Your House Contain Toxic Construction Materials From China?

Unfortunately, many of the alternatives are pricey. A lucky find in a thrift store or estate sale might help some save money, but most thrift stores don’t stock the latest Williams-Sonoma cookware.

Our current laws have created a two-tiered system in which the rich can replace their Teflon with non-toxic options much more easily than the rest of us.

As long as Teflon’s new chemical is legal, and so long as companies can get away with dumping it in rivers, all of us will face exposure to it in the environment. Whether you’re rich, poor, or in between—and whether there’s nonstick cookware in your home or not—it affects your health.

Ultimately, we need to change our laws—not only to ban dangerous chemicals currently on the market, but also to require thorough testing of new ones before they can be sold commercially.

Alas, to do that, we need a Congress that actually does the people’s business. That doesn’t seem imminent.

In the meantime, as we arm ourselves with the knowledge to make the right choices in November, the most we can do individually is to ditch our nonstick cookware and replace it with whatever safer alternatives we can afford.