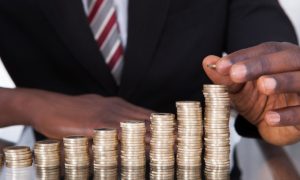 Water Costs Skyrocket 1,000% Where Half the Nation's Fruits and Vegetables Are Grown
0 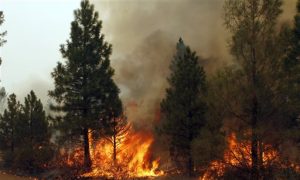 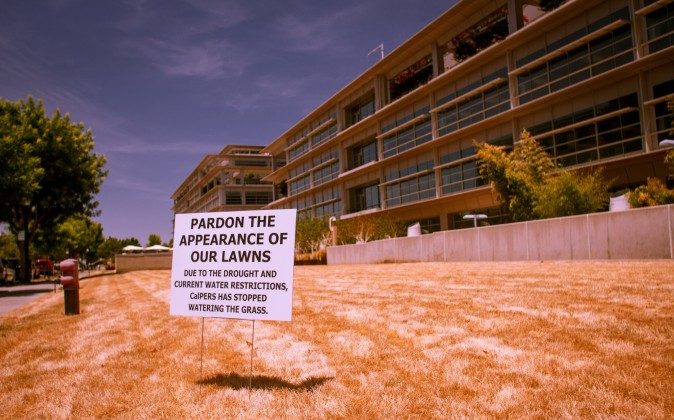 Top 10 US Cities Running Out of Water

The U.S. Drought Monitor has released new data on U.S. cities that are running out of water — and believe it or not, the top 10 spots are all located in California. Some of the worst drought conditions on record have left much of the Golden State grasping for moisture wherever it can be found. But for these 10 cities, more than 75 percent of their land area is now marked by “exceptional” drought, the highest level on the chart.

10) Fresno, California. The Drought Monitor recognizes five levels of drought intensity: D0 is the lowest, categorized as “abnormally dry,” and D4 is the highest, categorized as “exceptional drought.” Based on the data, Fresno has had D4 conditions on over 75 percent of its land since the beginning of the year, and the entire city has been in an “extreme drought,” the second highest category, for all of 2014, so far.

9) Visalia, California. Like Fresno, Visalia is a leading agricultural region of California that grows specialty crops like fruits, nuts and vegetables. But the county in which it is located, Tulare, was forced to declare a state of emergency at the beginning of the year due to extreme drought conditions. The entirety of Tulare County has been in an extreme drought during this time, with 75 percent of it ranking in the exceptional category.

8) Madera, California. Conditions in the Central Valley town of Madera, population 78,000, have been similarly dire, prompting the county to restrict water usage outdoors. With more than 76 percent of its land marked by exceptional drought, conservation measures have had to be put in place to save water for growing grapes, almonds and various other nuts, which are a major component of the local economy.

7) Santa Cruz, California. Known for its “green” approach to living, Santa Cruz has implemented extreme water restrictions that subject residents to fines and other penalties for exceeding established water limits. This is because drought conditions took a dramatic turn for the worst, escalating from just half of the urban area experiencing a severe drought last year to nearly all of it experiencing an extreme drought this year.

6) Merced, California. Already an extremely dry area, Merced has been hit hard by the drought, clocking in at a measly one inch of rain during the entire year of 2013. Lake McClure, where much of the local water is drawn, has sunk so low that the local water district is having to relocate boats docked there — more than 78 percent of the area is experiencing exceptional drought conditions.

5) Santa Maria, California. For the first time ever, Santa Maria achieved exceptional drought conditions back in February. The area does, however, have better-than-average groundwater supplies.

4) Gilroy-Morgan Hill, California. Oddly enough, this area of Santa Clara County had not been recorded as being in either extreme or exceptional drought conditions at any point during 2013. But this year, nearly 80 percent of Morgan Hill is now at the highest level of drought, with a high risk of wildfires.

3) Salinas, California. The so-called “Salad Bowl of the World,” Salinas is now more than 85 percent engulfed in exceptional drought. This does not bode well for the nation’s food supply, as 70 percent of lettuce comes from Salinas.

2) Hanford, California. Another heavy agricultural area, Hanford saw a dramatic escalation of its drought conditions since the beginning of the year. Local farm workers are having a hard time staying employed because of drought-induced crop failures — more than 85 percent of the area is experiencing exceptional drought conditions.

1) Bakersfield, California. The U.S. city with the worst drought conditions overall, Bakersfield went from having no areas of exceptional drought last year to an astounding 90 percent this year. And yet, despite facing the biggest water shortages of all, Bakersfield has implemented no water restrictions whatsoever on its roughly half-a-million residents.

A color-outlined map of current drought conditions throughout the U.S. is available here:
DroughtMonitor.UNL.edu.