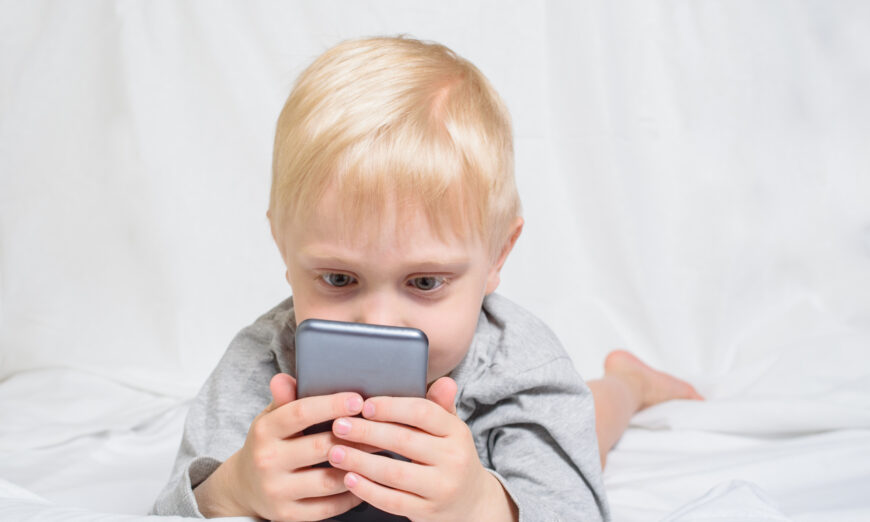 A game or video can provide parents a much needed respite, but too much screen time can harm their child's development. (somemeans/Shutterstock)

You may want to think twice before gifting your child a new tablet or cellphone this holiday season, as increasing research suggests that screen time may cause more harm than good.

Preschool-aged children may be particularly at risk, which is why the American Academy of Pediatrics (AAP) recommends limiting use for 2- to 5-year-olds to just one hour a day of “high-quality programming,” and even then watching it with them so you can support learning.

Watching beyond that amount could have lasting effects on your child’s health, even harming brain development, according to a study by researchers at Cincinnati Children’s Hospital Medical Center. Those with greater screen time had “lower microstructural integrity” of brain white matter, an area linked with cognitive function and language.

The study involved 47 children between the ages of 3 and 5. ScreenQ was used to measure screen usage in accordance with AAP recommendations, taking into account such factors as access to screens, frequency of use, what type of content was viewed and whether co-viewing occurred, as in, did an adult watch along with the child and discuss the content?

A higher ScreenQ score was associated with greater screen time. MRIs were then used to assess the children’s brains, revealing that more screen time was harmful to the brain’s white matter, particularly in tracts supporting language and literacy skills.

“While we can’t yet determine whether screen time causes these structural changes or implies long-term neurodevelopmental risks, these findings warrant further study to understand what they mean and how to set appropriate limits on technology use,” Dr. John Hutton, director of the Reading & Literacy Discovery Center at Cincinnati Children’s and lead study author, said in a news release.

A number of recent studies have highlighted the risks of too much screen time for preschoolers. A Canadian study suggested preschool children spend an average of two hours using screens daily, and those who spent more than that amount had a 7.7-fold higher risk of meeting criteria for attention-deficit hyperactivity disorder (ADHD).

Among 18-month-old children, those who were allowed to view media on mobile devices were more likely to have expressive speech delays, with each additional 30 minutes of viewing time associated with greater odds of a speech delay. AAP recommends toddlers younger than 18–24 months avoid digital media, except for video chatting.

Researchers are only beginning to understand the many ways that screen time interferes with human health. Beyond your brain, staring at screens is damaging for eyesight and comes with the risks of exposure to electromagnetic fields (EMFs), Wi-Fi radiation, and other threats of cellphone exposure.

There’s also the fact that most screen time occurs while sitting down, cutting down on physical activity and increasing the risks of prolonged sitting time—a health risk in itself.

There’s no need to wait for more definitive research before taking action to protect children’s health. Use AAP’s screen-time guidelines as a maximum, and even better reduce your child’s screen time, including television viewing, as much as possible, or eliminate it completely, especially in their early years.

It’s also a good idea to establish screen-free times and activities for your family. Even as your children enter their teen years, ensure that meal times, bedtime, and other times you designate are free from any digital distractions.

Some school environments, such as Waldorf, exclude all technology from their classrooms and their student’s curriculum. They also encourage the same standards for the children at home. This is increasingly becoming a healthy option for concerned parents who are aware of the growing number of unintended, adverse effects of EMF-associated technologies.

For more information on EMF harms, visit the GreenMedInfo database on Electromagnetic Fields, which contains over 1,000 studies linking EMF to over 140 different adverse health effects.

The GMI Research Group is dedicated to investigating the most important health and environmental issues of the day.  Special emphasis will be placed on environmental health.  Our focused and deep research will explore the many ways in which the present condition of the human body directly reflects the true state of the ambient environment. Join the free GreenMedInfo.com newsletter.