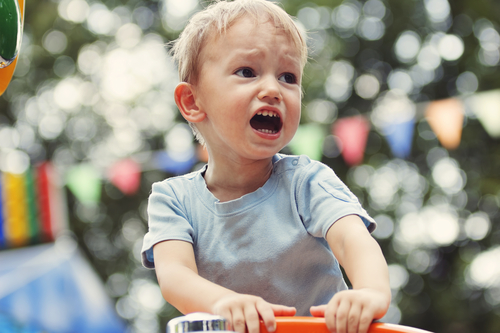 By University of Montreal
biggersmaller
Print

MONTREAL—The development of physical aggression in toddlers is strongly associated genetic factors and to a lesser degree with the environment, according to a new study led by Eric Lacourse of the University of Montreal and its affiliated CHU Sainte-Justine Hospital. Lacourse’s worked with the parents of identical and non-identical twins to evaluate and compare their behavior, environment, and genetics.

“The gene-environment analyses revealed that early genetic factors were pervasive in accounting for developmental trends, explaining most of the stability and change in physical aggression, ” Lacourse said. “However, it should be emphasized that these genetic associations do not imply that the early trajectories of physical aggression are set and unchangeable. Genetic factors can always interact with other factors from the environment in the causal chain explaining any behavior.”

Genetically informed studies of disruptive behavior and different forms of aggression across the lifespan generally conclude that genetic factors account for approximately 50 percent of the variance in the population.

Lacourse and his colleagues posited and tested three general patterns regarding the developmental roles of genetic and environmental factors in physical aggression.

First, the most consensual and general point of view is that both sources of influence are ubiquitous and involved in the stability of physical aggression. Second, a “genetic set point” model suggests a single set of genetic factors could account for the level of physical aggression across time.

This twin study was initiated by Michel Boivin of Laval University and Richard Tremblay, who is also affiliated with the University of Montreal and University College Dublin. All parents of twins born between April 1995 and December 1998 in the Greater Montreal area (Canada) were invited to participate, which resulted in the participation of 667 monozygotic and dizygotic twin pairs. Monozygotic means the twins originated from the same embryo—they are genetically identical. Dizogytic means they developed in separate embryos, meaning they are not identical.

Mothers were ask to rate their twins physical aggression, by reporting behavior such as hitting, biting, kicking, and fighting, at the ages of 20, 32, and 50 months. “The results of the gene-environment analyses provided some support for the genetic set-point hypotheses, but mostly for the genetic maturation hypotheses,” Lacourse said.

“Because early childhood propensities may evoke negative responses from parents and peers, and consequently create contexts where the use of physical aggression is maintained and reinforced, early physical aggression needs to be dealt with care,” Lacourse said.