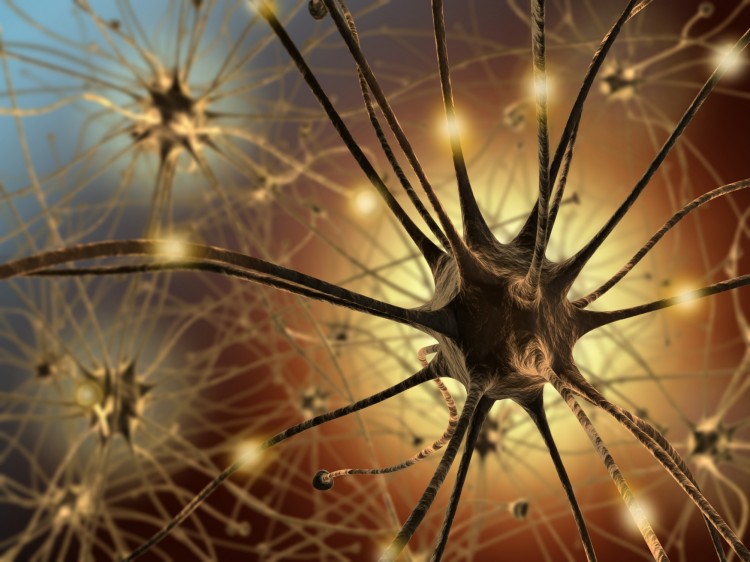 Huntington’s disease, a hereditary and fatal genetic disorder, may flow from defects in glia, important support cells found in the brain, a new study shows.

Huntington’s has long been considered a neuronal disease due to the permanent loss of medium spiny motor neurons, the death of which over time is responsible for the clinical hallmarks of the disease: involuntary movements, problems with coordination, cognitive decline, depression, and psychosis.

The new findings expand understanding of the underlying mechanisms of the disease, and reinforce the potential of therapies that target glia cells.

Years of research in the lab of Steve Goldman, a neurologist at the University of Rochester Medical Center, have shown that the two populations of glia found in the brain—astrocytes and oligodendrocytes—are dysfunctional in Huntington’s disease, and may trigger much of the neuronal pathology seen in the disease.

Goldman is co-director of the Center for Translational Neuromedicine and senior author of the new study in Cell Reports.

Glia cells play a critical role in maintaining the health of neurons and facilitating the chemical signaling between nerve cells. In Huntington’s, glia are unable to perform these functions, leading to a breakdown in communication between neurons and, over time, cell death.

“Huntington’s is a complex disease that impacts both neurons and support cells. To use an analogy, not only is the patient sick, but so are the doctor and the nurse,” says first author Abdellatif Benraiss, a research associate professor in the neurology department.

“While the loss of neurons gives rise to the symptoms and the ultimate fatal nature of the disease, reversing glial dysfunction may give us an opportunity to intervene early in the course of the disease, keeping neurons healthy for longer and slowing disease progression.”

The new study focuses on oligodendrocytes and identifies how the suppression of a specific transcription gene called Tcf7l2 triggers a series of changes that impair the function of oligodendrocyte progenitor cells (OPCs).

These cells constantly resupply the brain with oligodendrocytes, which, in turn, refresh the myelin insulation that helps signals travel in the brain more crisply. In Huntington’s, OPCs are not able to meet demand, leading to deficient myelination in the brain, which can be observed in Huntington’s patients in the form of white matter atrophy.

When the researchers overexpressed Tcf7l2 in mice with the Huntington’s disease mutation, their OPCs recovered and restored the myelin that had been lost to the disease.

A sibling paper from the Goldman lab, which appeared in Cell Reports last year, examines how the genetic defect that lies at the heart of the disease affects the development and function of astrocytes, which support neurons and their synaptic connections.

That paper highlights genetic pathways aligned with Tcf7l2, found in both mouse and human Huntington’s astrocytes, that is a major contributor to synaptic dysfunction in Huntington’s, which in turn leads to the behavioral and psychiatric symptoms of the disease.

Taken together, these papers provide a clearer picture of the genetic mechanisms by which Huntington’s disease impairs glial cell function and ultimately leads to neurological disability, while providing new cellular and molecular targets for potential treatment.

The researchers believe that these findings put new therapies within reach. Replacing or “fixing” defective glia cells may prove a far easier proposition than replenishing neurons lost in the disease.

A study from Goldman’s lab in 2018 shows the complexity of the genetic defects in Huntington’s glia, and points to the utility of swapping out sick cells with healthy ones, an approach that the lab had shown effective in mouse models of the disease in an earlier study in 2016. Taken together, this series of studies lays the foundation for targeting glial cells for treatment, and potentially outright replacement, in Huntington disease.

Additional authors are from the University of Rochester Medical Center. The National Institute of Neurological Disorders and Stroke, the Hereditary Disease Foundation, CHDI, and Sana Biotechnology funded the work.