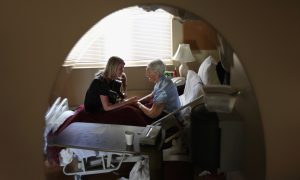 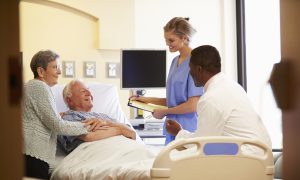 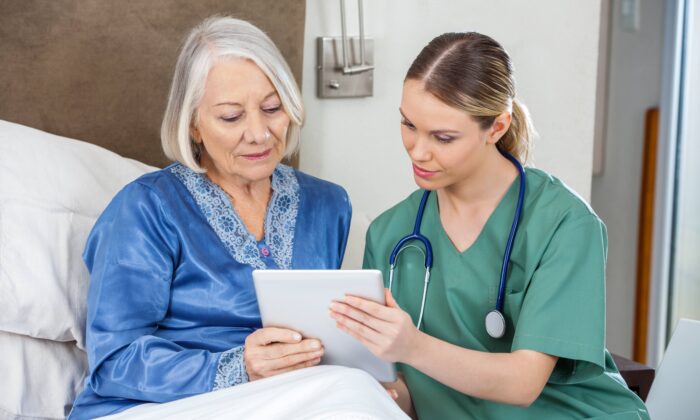 To Die Well, We Must Talk About Death Before the End of Life

I would like to tell you an all-too-familiar story. It begins with a long-term care home resident, Laura, who has multiple chronic conditions and gets an infection that doesn’t get any better.

Her health has been declining for months, but no one has talked to her about her preferences for end-of-life care. In the absence of that knowledge, she is sent to the hospital where she undergoes stressful tests.

The story ends with Laura dying in the hospital, alone and frightened. Her family is traumatized, and so are the staff who have cared for her over the past year.

It’s a simple fact that 100 percent of us will die. Conversations about our future health care and what’s important to us—called advance care planning—have shown distinct benefits.

In fact, research shows that as many as one-third of seriously ill, hospitalized older people are receiving invasive treatments they don’t want at end-of-life because no one has talked to them about their wishes for future care. This is true even in long-term homes, where the average lifespan is less than two years.

How do we change those statistics and give our older people the care they want—and deserve? My team’s research has focused on answering that question over the past six years.

We recently developed a series of pamphlets and distributed them in long-term care homes to try to get the conversation started.

The pamphlets were disease-specific (for example, focusing on dementia), and included information about life-limiting illnesses, what to expect, and tips for talking about wishes for the future.

In our study, 84 percent of residents and families who received a pamphlet felt encouraged to think about their future care and 70 percent felt clearer about what to talk about.

Planning Death Is a Great Relief

Moving from thinking to a discussion, however, was a different matter. Family members worried that bringing up the subject would destroy hope. Residents thought they should protect their families from thinking about their death.

And many long-term care home staff indicated that they did not feel trained to participate in these conversations—in fact, only 21 percent handed out the pamphlets, preferring instead for families or residents to take them from a display board.

Encouragingly, the 56 percent of residents and families who did have conversations after receiving a pamphlet expressed great relief. A typical response from families was: “It makes it easier for me right now because now I don’t have to guess.”

The problem goes beyond long-term care homes. A striking 93 percent of Canadian participants in a recent poll think it’s important to communicate their wishes for future care should they become seriously ill, but only 36 percent have actually done so.

That may seem shocking. But according to the World Health Organization, Canada is actually ahead of most European countries.

A survey conducted for the California Health Care Foundation found that nearly 8 in 10 Californians would want to speak with their doctor about end-of-life care if they were seriously ill, but fewer than 1 in 10 report having had a conversation, including just 13 percent of those age 65 or older.

Most of those surveyed said they would prefer to die a natural death at home without being a burden on their families. However, due to a lack of end-of-life planning, that is not what happens.

American doctors say they know these conversations are important but half of them don’t know what to say, and less than a third say they have had training on talking with patients and their families about end-of-life care, according to research conducted for the John A. Hartford Foundation.

Clearly, talking about death and the end of life is still taboo around the world.

Informational resources such as our pamphlets can be a great first step in helping all parties gain clarity on what to be thinking and talking about. But because residents and families tend to protect one another, staff need to take more active roles in supporting such conversations.

That means we need to clarify roles and provide the necessary training to support long-term care home staff, especially those who develop strong relationships with residents.

North America has an aging population, and thanks to technological advances, more of us are living longer with frailty and chronic conditions. We need to find ways to communicate what’s important to us so that we receive the care that’s right for us.

I would like to be able to tell you a different story. It begins with a care home resident, Sam, who gets an infection and is not getting better, even with antibiotics.

Sam has been living with multiple chronic conditions for some time and his family knew frequent infections could be a sign that the end of life was near. The family also knew that he wanted to die in the long-term care home and not in a hospital—because they had talked about this when he was healthier and could communicate his desires.

Sam dies, but with dignity and in peace and, most importantly, in keeping with his own wishes.

Tamara Sussman is an associate professor at the school of social work at McGill University in Canada. This article is republished from The Conversation.