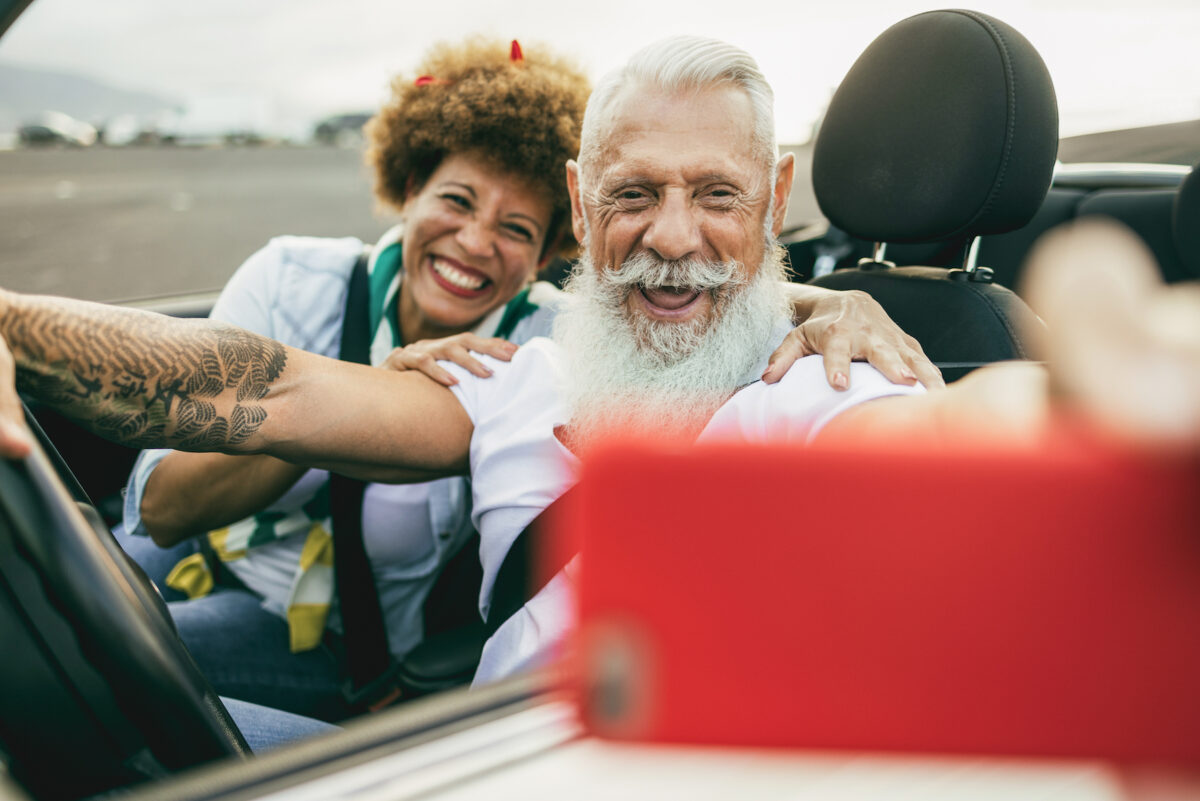 To Cut Your Dementia Risk, Grow Old With an Optimist?

Optimistic people may contribute to the health of their partners, research finds.

The study, with 4,500 heterosexual couples, indicates that having an optimistic partner may stave off the risk factors leading to Alzheimer’s disease, dementia, and cognitive decline as you grow old together.

“We spend a lot of time with our partners,” says William Chopik, assistant professor of psychology at Michigan State University and coauthor of the study. “They might encourage us to exercise, eat healthier, or remind us to take our medicine. When your partner is optimistic and healthy, it can translate to similar outcomes in your own life. You actually do experience a rosier future by living longer and staving off cognitive illnesses.”

An optimistic partner may encourage eating a salad or work out together to develop healthier lifestyles. For example, if you quit smoking or start exercising, your partner is close to following suit within a few weeks and months.

“We found that when you look at the risk factors for what predicts things like Alzheimer’s disease or dementia, a lot of them are things like living a healthy lifestyle,” Chopik says. “Maintaining a healthy weight and physical activity are large predictors. There are some physiological markers as well. It looks like people who are married to optimists tend to score better on all of those metrics.”

The study, which appears in International Journal of Behavioral Development, followed couples from the Health and Retirement Study for up to eight years. The researchers found a potential link between being married to an optimistic person and preventing the onset of cognitive decline, thanks to a healthier environment at home.

“There’s a sense where optimists lead by example, and their partners follow their lead,” Chopik says. “While there’s some research on people being jealous of their partner’s good qualities or on having bad reactions to someone trying to control you, it is balanced with other research that shows being optimistic is associated with perceiving your relationship in a positive light.”

The research also indicates that when couples recall shared experiences together, richer details from the memories emerge. A recent example, Chopik explains, was Google’s tearjerker Super Bowl ad, “Loretta,” in which an elderly man uses his Google Assistant to help him remember details about his late wife.

“The things he was recollecting were positive things about his partner,” Chopik says. “There is science behind the Google ad. Part of the types of memories being recalled were positive aspects of their relationship and personalities.”

With all of its benefits, is optimism something that can be prescribed? While there is a heritable component to optimism, Chopik says there is some evidence to suggest that it’s a trainable quality.

“There are studies that show people have the power to change their personalities, as long as they engage in things that make them change,” Chopik says. “Part of it is wanting to change. There are also intervention programs that suggest you can build up optimism.”

Michigan State graduate student Jeewon Oh and Eric Kim, a research scientist at the Harvard T.H. Chan School of Public Health are coauthors of the study.