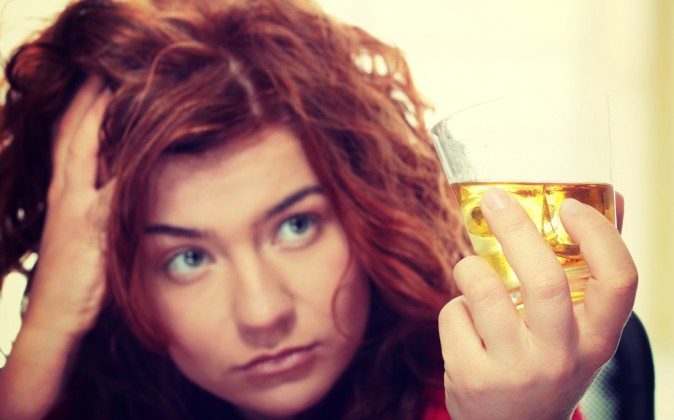 There is growing evidence that alcohol increases the risk of certain types of cancer, diabetes and heart disease (Shutterstock*)
Health News

Time to Warn Drinkers About the Risk of Cancer

Australians have become accustomed to labels on cigarettes warning about the risk of smoking causing cancer and other diseases. And our research, published in the latest edition of BMC Public Health, shows similar labels could help consumers better understand the harms of drinking alcohol.

Alcohol is estimated to cost the Australian economy A$36 billion a year in preventable death, illness, injury, and hospitalisation. There is growing evidence that alcohol increases the risk of certain types of cancer, diabetes and heart disease.

The national alcohol guidelines recommend Australians limit their alcohol consumption to no more than two standard alcoholic drinks per day or drink no more than four drinks in a single sitting to reduce the risk of alcohol-related disease and injury.

But despite the risks, no warnings are given when alcohol is advertised, other than to suggest responsible drinking, often tacked on at the end of the ad.

Even worse, ads sponsored by Australia’s alcohol industry, such as DrinkWise’s ad showing young people how to drink “properly”, do little to inform. They serve only as a token demonstration of balancing the A$125 million-plus a year spent on indirect and direct advertising of alcohol.

There are few opportunities for the public to be made aware of the health risks of alcohol. Around 90% of men and 81% of women believe that they can drink alcohol every day without affecting their health.

Labelling cans and bottles with health warnings is one way of raising awareness of the risks of alcohol, and has been adopted in a range of countries including France and the United States.

The problem with these messages is that they tend to focus on the risks of drinking when pregnant and the dangers of drink driving. Even in these countries, few people would necessarily associate alcohol with an increased risk of a range of cancers, including breast cancer.

Unsurprisingly, little research has been done into the effectiveness of labelling of alcohol with cancer warnings. This is what motivated a team of researchers from Curtin, the University of Western Australia and the Cancer Council WA to investigate how the public would respond to cancer warnings and which messages would be the most effective in getting salient information across.

The online survey tracked the responses of 2,168 drinkers to 12 different health messages: 11 about cancer and a general health warning. The messages had been generated out of a previous round of focus sessions with a group of 48 drinkers.

The results showed that overall, responses to cancer statements were neutral or favourable. Younger, female and more educated participants were more likely to find the messages believable, convincing and personally relevant.

Heavy drinkers – defined as those who drink more than two drinks a day and more than four drinks in a single sitting – were also more likely to consider the messages personally relevant than those who drank less. This is particularly encouraging because this group is most at short-term and long-term risk from the harmful effects of alcohol.

People tended to believe messages about specific cancers and those that said alcohol can “increase the risk of cancer” more than general messages about cancer. A message such as “Alcohol increases your risk of bowel cancer” was more effective than the message “Alcohol causes one in 20 cancer deaths”.

The results of the survey showed there would not be a significant amount of negative reaction to the labelling of alcohol among the general public. This is important because legislation will be easier to pass if it’s unlikely to cause a public backlash.

The other important finding was that the messages about the risk of alcohol and cancer were believable, convincing and personally relevant. This suggests they could help inform consumers about the true risks involved in drinking, especially large amounts regularly.

It’s important for consumers to make informed decisions about whether and how much alcohol to drink. It’s time for Australia to join the growing list of nations mandating alcohol labelling. But we should do so with more targeted and relevant health warnings.