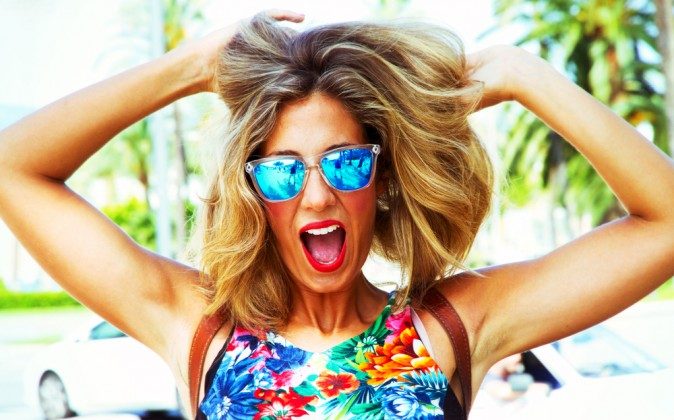 Time for Some Armpit Cleansing, Ladies?

Breast cancer has long been a problem for American women, but it’s gotten even worse recently. The American Cancer Society report, “Breast Cancer Facts & Figures 2013-2014,” (PDF) states that in 2013, over 39,000 women in the U.S. “were expected to die from breast cancer. Only lung cancer accounts for more cancer deaths in women.”

The American Cancer Society (ACS) blames the rates of cancer on tobacco use or obesity, but do environmental toxins play a much role? The 2010 report issued by the President’s Cancer Panel, “Reducing Environmental Cancer Risk: What We Can Do Now,” (PDF) claims that environmental factors have been ignored by research and the ACS. The report states, “It is more effective to prevent disease than to treat it, but cancer prevention efforts have focused narrowly on smoking, other lifestyle behaviors, and chemo-preventive interventions.”

The report goes on to list and give examples of almost every environmental factor imaginable, however, it may not go far enough. A current point of controversy is underarm deodorants and their link to breast cancer. While there are studies on this, not enough of a consensus has emerged for the ACS to confirm a link.

Antiperspirants, Deodorants and the Dangerous Chemicals Inside

What sort of toxic chemicals do lurk in antiperspirants and deodorants? Plenty. The Breast Cancer Fund (BCF) reports that the following common ingredients in these products may cause cancer:

But these are not the only controversial compounds found in deodorants and antiperspirants. They can also include:

Most of these chemicals have not been adequately studied for either toxicity or their possible links to breast cancer, but adding up the possible toxins is overwhelming. It may be time for an armpit cleanse!

What Can I Do About Toxic Underarm Deodorants and Antiperspirants?

First of all, it’s important to know that these are two different types of products. Deodorants remove the odor of sweat, but antiperspirants reduce sweating in the first place. Sweat is a healthy physical response to exertion that prevents you from overheating. It also may release toxins and may even fight off colds and infections. Eliminating sweat will cause you more harm than good and may even contribute to causing breast cancer. So whatever you decide to do, I recommend replacing that antiperspirant right away.

Research your current brands’ ingredients at EWG’s Skin Deep database to find out if they are safe. If they are not or contain any of the chemicals listed above, it’s time for an armpit cleanse.

Armpit Cleanse: One Way to Reduce Your Risk of Breast Cancer

What is an armpit cleanse? It’s more than just changing your deodorant. It’s also a way to detox your body and may help reduce your risk of breast cancer. Blogger Laurie Neverman of Common Sense Home reviewed a product called Herbalix, which sells a system that contains a nighttime detox deodorant and a daytime deodorant as well. They claim to have reduced a patient’s cysts. In “Lumpy Breasts? Cure Breasts Cysts,” Neverman shares thermal imaging provided by Herbalix showing a reduction in cysts after detoxing with their product. Of course, this only helps breast cancers caused by cysts, which are a small percentage, but it’s a powerful testimony to the power of an armpit detox.

If you are going to try one, keep in mind that like other detoxes, you may have reactions. While holistic nutritionist and certified nutritional practitioner Marisa Falconi discovered that her sweat glands excreted unpleasant toxins during the 3 weeks she went deodorant-free, she recommends it. Otherwise, she says, “the bacteria and sludge that is jammed up into your pores will stay there” and that might prevent your natural deodorant from working.

How to Do an Armpit Cleanse

There are a few simple steps you need to take to detox and safely switch to a natural deodorant. The following is Leah Segedie’s recommended cleanse:

Note that the first day you start, you may be repeating these steps 5-10 times, but each day that number goes down. Leah’s own cleanse ended after the 4th day, and the average person takes 4-7 days to complete this cleanse.

You can replace deodorants and antiperspirants with DIY OR clean brands. If you need a DIY recipe that works even for your workout, our own Mamavation Boot Camp graduate, Lydia, has an effective DIY Deodorant Recipe that kept her odor-free after a two mile run! If you’d prefer to find a pre-made brand, some brands that make clean products include Miessence and Primal Pit Paste. Always read the ingredients for the toxins listed above.

Is an armpit detox for you? I think it’s worth a try as part of a cleaner, nontoxic lifestyle.

*Image of “young lady” via Shutterstock