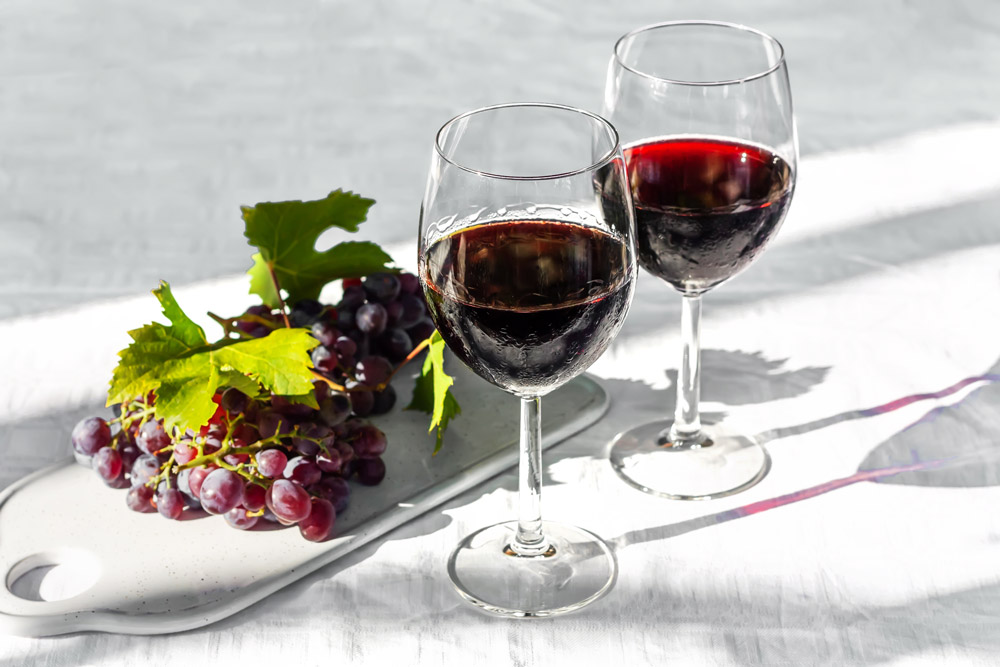 The old saying, “The more things change the more they stay the same,” may apply in many areas of our 2022 daily lives, but I realized recently by walking through my wine cellar how it didn’t really apply to wine.

The saying may have been prophetic a while back for things like political or economic systems or the philosophies of humor or education, but it surely doesn’t work for:

A French writer by the name of Jean-Baptiste Alphonse Karr wrote, “Plus ca change, plus c’est la meme chose.” But he decided to offer this bit of wisdom even before the U.S. Civil War began—and what was particularly civil about that conflict, anyway?

Since then, we’ve had a huge industrial revolution, two world wars, the invention of the microchip, the advent of the internet, and the discovery of outer space.

If you need a complete refutation of Karr’s original statement, you need look no further than how today’s wines differ from those of the past. One could make a case that they are infinitely better than ever before.

For sure, they’re radically different. And sometimes a case could be made that a few are worse than they were.

Almost all are better than they were 100 years ago, at a time when the use of stainless steel fermentation tanks was unknown, and many fermentations were carried out in ancient vessels that could never really be cleaned properly. Aromas often suffered and consumers were pretty much on their own when it came to freshness and fruit.

Almost all reds in the past were grown without modern scientific evidence that they needed special care in the vineyard, and later needed diligent cellar practices and better blending techniques.

Chemistry and microbiology have advanced the sciences of winemaking to a fine art. Sure, many of the best red wines from the past remain wonderful examples of what used to be, but the stability of today’s modern wines gives consumers far more reliability than ever.

The drawbacks are obvious, too, with today’s winemaking styles focusing more heavily on drink-now wines than any consideration of aging wine in a cellar.

Indeed, aging of red wines today is considered a quaint concept practiced by long-deceased fogies who were far more optimistic about outliving their purchases than they should have been.

As I walked through my cellar, I noted many old wines that have taken on such astounding properties that only those who have experienced such things could ever really appreciate them.

I’ve opened 40-year-old examples of these wines for younger wine lovers. Most think I’m completely daft to like them. People of my age and experience see them as prizes.

This includes many 1970s cabernets, 1980s petite sirahs, and even 25-year-old sauvignon blancs, all of which were stored perfectly, offering astounding experiences for those who appreciate maturity.

It is true that many of these wines were not made using the advantages of modern science, so much of their quality comes down to the fact that they were a product of fabulous vineyard sources, insightful growers, and intelligent winemaking that was intended to maximize what the vineyard produced.

There is nothing magical about wine today, unlike some of the mystique surrounding the product decades ago. We now understand far more about the processes that lead us to greatness. Karr’s 1849 proclamation aside, things wine-related have changed for the better almost across the board.

But there are still plenty of us old-timers scouring the weeds for older, perfectly kept bottles to remind the young among us how some things do remain the same.

2020 Trivento Malbec Reserve, Mendoza ($11): Here is a wine that could never have been made a century ago, before modern viticulture and oenology helped to create a real Argentine persona for this French grape variety. Trivento is a superb producer. This medium-weight example is not only true to the varietal with hints of plum, a faint rustic component and a juicy aftertaste, but it is also priced so reasonably that some people may dismiss it as simple. But it improves after it’s opened. You could pay five or even 10 times this amount and get a heavier-style malbec, but most such wines would not be as approachable and enjoyable as this.