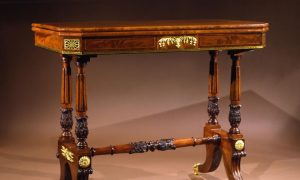 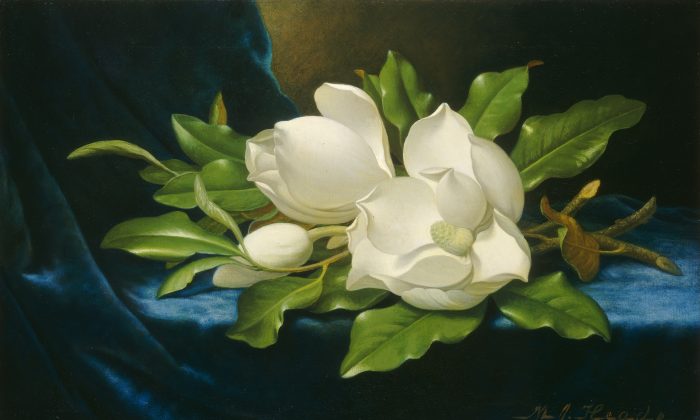 A still-life painting can tell a moving story. The painting may appear to be just an array of everyday objects on a tablecloth, but the objects and composition can be full of both real beauty and meaning. That in itself is a fine art.

In the Renaissance, artists painted still-life compositions in the background of their paintings. It wasn’t until the early 16th century, in Northern Europe, that still life emerged as a specific genre of painting. At that time, the Reformation engulfed the region, causing Protestant religious commissions to decline.

Despite the seemingly simple compositions of everyday objects, a still-life picture can convey many stories. The symbology used can tell moral, spiritual, or political narratives. Of course, a painter’s virtuosity in painting and drawing is overtly on show.

In Martin Johnson Heade’s famous painting, simply described as giant magnolias on a blue velvet cloth, three magnolia flowers gently rest on a river of rich blue velvet. The magnolias are from Heade’s neighborhood in St. Augustine, Florida, where in 1883 he married and settled.

Magnolia grandiflora, or Southern magnolia, is a North American native that originates from the Southeast.

Heade painted a number of velvet and magnolia still-life paintings. Only one of these has a date, although all are thought to have been painted around the same time: in 1888.

This painting, the giant magnolias on a blue velvet cloth, is thought to be the best still life of his oeuvre.

Heade’s painting beautifully depicts the impermanence of life. One young bud is ready to bloom, another is slightly open, and in the foreground the third flower is in full bloom. The three flowers could even be the same flower at different stages of life.

When Heade died in 1904, he was relatively unknown. Now, he’s recognized as the only 19th-century American painter to significantly contribute across the genres of landscape, marine, and still life.

According to the National Gallery of Art, no American or European artist, preceding Heade, painted still life like his reclining magnolia paintings.

Giant magnolias on a blue velvet cloth is on display at the National Gallery of Art in Washington. To find out more, visit NGA.gov