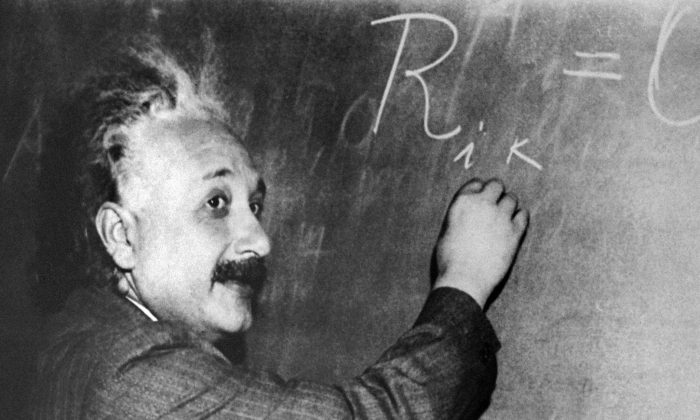 One you reach the age of 30, you have a 10 percent to 20 percent chance of graying hair with each passing decade. It’s a fact of life that, eventually, virtually everyone will go gray.

Your hair color comes from pigment called melanin. Each hair may contain dark melanin (eumelanin) and light melanin (pheomelanin), which blend together to form the many shades of hair color among humans.

This keratin, a protein, makes up your hair and is responsible for giving it its color. As you age, melanin is reduced, which is why your hair turns gray and, ultimately, white (this means there’s no melanin left).

What exactly causes melanin to be reduced and hair to turn gray has remained a mystery, until now. An international team of researchers has discovered the first gene linked to gray hair.

The study involved a genome-wide association scan in more than 6,000 Latin Americans to look for genes related to features of scalp hair and facial hair, including graying, balding, beard thickness, monobrow, eyebrow thickness and more).

A gene that has previously been linked to blonde hair in Europeans turned out to be connected to gray hair as well and accounted for about 30 percent of hair graying among the study participants.

The other 70 percent is likely due to factors such as age, environment, stress and more. The researchers plan to look for ways to manipulate this genetic pathway to prevent hair from turning gray (including drugs, which I would not recommend taking for the purpose of changing your hair color).

The gene accounted for about 30 percent of hair graying among study participants.

“We might have drugs that boost or stop the protein from acting and change the amount of melanin in hair follicles and change the hair internally … So once the hair comes out like the way you want, you don’t have [to] go out and buy dyes.”

Does Your Hair Have Its Own ‘Biological Clock?’

According to Desmond Tobin, Ph.D., professor of Cell Biology from the University of Bradford in England, your hair follicles may be regulated by a “melanogentic clock” that eventually slows down the activity of melanocyte cells. Further, according to the Library of Congress:

” … Tobin suggests that hair turns gray because of age and genetics, in that genes regulate the exhaustion of the pigmentary potential of each individual hair follicle.

This occurs at different rates in different hair follicles. For some people it occurs rapidly, while in others it occurs slowly over several decades.”

It’s known, for instance, that white people may start going gray in their mid-30s, while Asians typically go gray beginning in their late 30s. African Americans typically don’t go gray until their mid-40s.

What Else Causes Gray Hair?

Other factors for why hair turns gray include:

As you age, the amount produced increases, which researchers believe ultimately bleaches out your hair pigment, turning your hair grey and then white.

Research has also shown that people with premature graying had a higher level of pro-oxidants and lower levels of antioxidants than those with normal hair.

Is Premature Gray Hair an Indicator of Health Problems?

It’s thought that going prematurely gray is largely genetic; if you have family members who turned gray early on, there’s a chance you might too.

Obesity is also associated with premature graying, and there is some speculation that it could be an indicator of certain health issues. For instance, premature graying of hair may be an important risk marker for the bone condition osteopenia.

According to research published in The Journal of Clinical Endocrinology and Metabolism, people with premature graying but no other identifiable risk factor were 4.4 times as likely to have osteopenia as those without premature graying. The researchers suggested:

“The association between premature graying and low bone mass could be related to genes that control peak bone mass or factors that regulate bone turnover.”

Thyroid disorders, anemia and vitiligo have also been linked to premature graying, and it’s even been associated with an increased risk of coronary artery disease (CAD) in young smokers. According to researchers:

“Premature graying of hair can be used as preliminary evidence by clinicians for classifying patients at risk for premature CAD especially in smokers.”

Does Stress Cause Gray Hair?

It’s commonly believed that stress causes gray hairs (and many parents of teenagers or former presidents, whose hair often turns gray during office would likely attest to that).

Science on this topic has frequently come up short, save a 2011 study published in the journal Nature and led by Nobel Prize winner Dr. Robert Lefkowitz.

That study found chronic stress and frequent activation of the “fight or flight” stress response leads to DNA damage that may promote not only aging, cancer, neuropsychiatric conditions and miscarriages but also affect genes that control hair pigment.

Researchers believe they are getting closer to finding a cure for gray hair. Scientists at New York University’s Langone Medical Center, for instance, isolated the Wnt protein, which coordinates pigmentation between melanocytes and another type of stem cell that guides the development of hair follicles.

When the researchers inhibited the Wnt pathway in black mice, they turned gray. They believe that one day adding the Wnt protein to hair care products or supplements may “cure” gray hair.

Meanwhile, in a follow-up to the original study that linked gray hair to a build up of hydrogen peroxide, researchers revealed that a UVB-activated compound called PC-KUS could reverse the hydrogen peroxide build up and effectively “cure” gray hair.

“For generations, numerous remedies have been concocted to hide gray hair. but now, for the first time, an actual treatment that gets to the root of the problem has been developed.”

The search for a cure for gray hair assumes that gray hair is a problem that needs solving. But there’s nothing intrinsically bad about having gray hair. In fact, from a health perspective you’re far better off going gray than using toxic hair dyes.

And if you’re thinking of embracing your silver locks, now’s a perfect time. So-called “granny hair” is the latest trend, with people paying salons big bucks to go gray. If you’re lucky enough to have earned your gray naturally, you can get this look for free. New York hair stylist Jan-Marie Arteca told Reuters:

“Granny hair is basically silver hair, any tone of grey in your hair: steel grey, silvery grey, really, really white, platinum-ish with either violet or silver undertones … That’s the trend.”