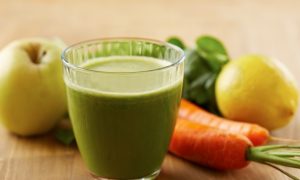 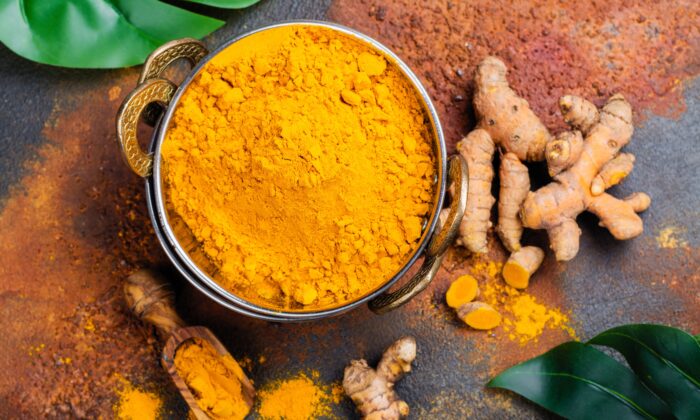 With modern life being full of pollution and ultra-processed foods, our livers could use a little gentle nutritional support. (Ekaterina Markelova/Shutterstock)
Mind & Body

These 5 Substances Protect Your Liver

In a world rife with toxic exposures, you must protect your liver as if your life depends on it—because it does. Here are five substances that can help keep your hardest-working organ humming.

Your liver gets very few breaks and has the difficult job of regulating an array of biological processes that are critical to health, such as metabolism, blood sugar, plasma and cholesterol production, and the removal and breakdown of toxins in the blood, to name only a few.

Liver diseases, also called hepatic diseases, are among the most serious threats to human health. Adding to the risk is the lack of safe and effective treatments, as most synthetic drug-based interventions carry black-box warnings of potentially serious adverse side effects.

With modern life producing more pollutants than ever before and the standard American diet supplying a deluge of sugar and ultra-processed foods, it’s no surprise that your liver may benefit from an occasional boost of gentle nutritional support.

We’ve identified five of the top hepatoprotective substances on the planet to make it easy for natural health enthusiasts to stock their herbal medicine cabinets. In fact, a few of them may already be in your kitchen pantry. Adding therapeutic doses of these five foods isn’t only simple and convenient, it can also supply a boost of nutrients to keep your liver nourished and protected while it’s protecting you.

One of the active polyphenols in the spice turmeric, curcumin has numerous scientifically validated health benefits, including providing liver protection. Curcuminoids are responsible for the bright yellow color of turmeric and are also believed to deliver many of this spice’s beneficial properties, among which are powerful antioxidant effects.

Oxidative stress can cause a host of inflammatory injuries that damage healthy cells. A Chinese research team explored the use of curcumin to alleviate damage to liver cells caused by exposure to ethanol, the intoxicating ingredient found in many alcoholic beverages.

In the study, rats that were pretreated with curcumin before exposure to ethanol demonstrated less oxidative damage through measured enzymatic activity. Researchers concluded that oxidative damage to liver cells was significantly ameliorated by curcumin treatment.

While it’s common knowledge that consuming excessive alcohol can damage the liver, eating a primarily processed food diet may be just as hepatotoxic in the long term. Non-alcoholic fatty liver disease (NAFLD) is a global health concern affecting people who drink little to no alcohol. In the United States, NAFLD is the most common form of chronic liver disease, likely owing to the sad state of the standard American diet.

When it comes to popular dietary habits, there’s perhaps none more enduring than morning coffee, and fortunately for coffee’s many fans, it may also help protect against liver disease.

A 2016 meta-analysis compared the risk of NAFLD for individuals who did and didn’t drink coffee. It also compared the risk of liver fibrosis, the excessive buildup of proteins that occurs in many liver diseases, between NAFLD patients who did and didn’t drink coffee. The analysis showed a significantly decreased risk of NAFLD among coffee drinkers, as well as a significantly decreased risk of liver fibrosis among patients with NAFLD who drank coffee on a regular basis.

N-acetyl cysteine, or NAC, is a precursor of the amino acid L-cysteine that acts as a potent antioxidant. While L-cysteine is found in foods such as poultry, eggs, yogurt, and sulfur-rich vegetables, NAC can only be obtained in supplement form. NAC works by scavenging free radicals, especially oxygen radicals, making it a potentially powerful ally in the treatment of oxidative stress, a crucial factor in liver diseases.

The prescription of high-dose acetaminophen (APAP) for mild-to-moderate pain management is still commonplace, though it’s increasingly recognized as high-risk. As a result of data revealing unintentional overdoses, in 2011, the U.S. Food and Drug Administration asked pharmaceutical companies to limit the amount of APAP used in prescription pain relievers owing to risks of severe, even lethal, drug-induced liver failure.

NAC has demonstrated significant promise as a hepatoprotective substance, partly due to its ability to efficiently block acetaminophen toxicity. A 2015 study showed that administration of NAC within eight hours of APAP overdose effectively mitigates hepatotoxicity, advising that this over-the-counter supplement “can provide a convenient and effective way of preventing toxicity associated with large dosage of APAP.”

Another recent study demonstrated that the anti-inflammatory power of ginsenosides promotes the healthy metabolism of fat by the liver and may alleviate liver injury in patients with fatty liver disease. This potent polyphenol comes in supplement form as an extract of the Panax ginseng root and makes a great addition to a smoothie or nutritional shake.

Vitamin E is a fat-soluble nutrient found in many foods, including wheat germ, nuts, seeds, and green vegetables. Important for eye health and the quality of blood and tissue, vitamin E’s antioxidant properties also play a role in healthy liver function. A meta-analysis of randomized controlled trials found that vitamin E supplementation significantly improved liver function and the quality of liver cells and tissues in patients with NAFLD.

Vitamin E also protects the liver against oxidative damage caused by exposure to formaldehyde. Formaldehyde is one of the most common home and industrial toxins in use today, found in products such as carpeting, curtains, wood cabinets, and furnishings, as well as glues, paints, pesticides, cosmetics, and detergents.

In our modern, chemical-filled world, a healthy liver is essential to stay ahead of the toxic curve. Protect yours naturally—your life depends on it. To learn more about liver diseases and naturally hepatotoxic substances, consult GreenMedInfo.com’s research database for up-to-the-minute science-based natural health information.