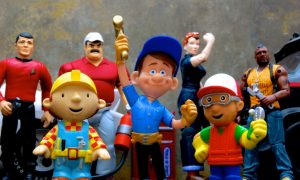 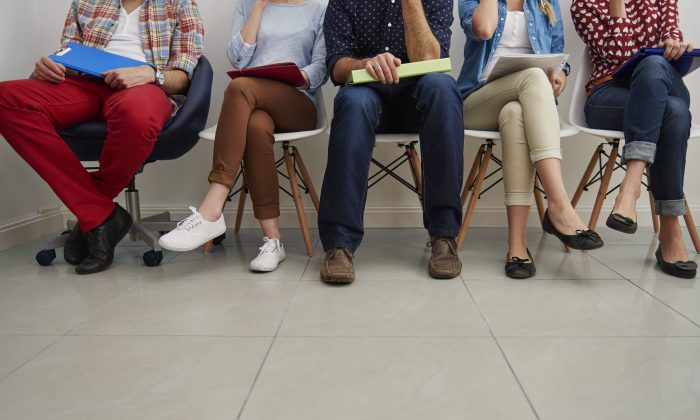 Normally people may not consider that the way they sit can reveal their true personalities.

However, according to body language expert Lillian Glass, Ph.D., your sitting position indicates a lot about your personality. Other psychologists also back up Dr. Glass’s claims.

Let’s take a look at 11 different sitting positions and find out what they say about your personality.

Sitting up straight on a consistent basis is not only good for your posture, but it is an indicator that you are naturally confident.

According to Science Daily, researchers at Ohio State University found that people who sat up straight during job interviews believed that they were qualified for the job due to having confidence and believing in themselves.

Additionally, it has been found that people who sit up straight in general think about themselves in a positive light and have fewer insecurities.

Do you have a habit of sitting with your legs crossed? This is a strong sign that you are quite insecure and may even be defensive at times as well.

According to PsychMechanics, crossed-legged sitting reveals that the subconscious mind is protecting vulnerable areas of the body such as the genitals. Even though people know that this is not a rational way to think, what goes on in anyone’s subconscious mind is rarely rational. That means deep down the person who consistently sits with his or her legs crossed is doing so to protect themselves in a hidden way.

People who cross their legs while sitting and use one or both of their hands as a clamp indicate that they have a competitive and argumentative personality, according to Westside Toastmasters. This is a sign that the individual who sits in this fashion is very stubborn, closed-minded, and rejects other people’s opinions if they do not sit well with them.

This is even more important if you are in a business meeting and you are discussing your ideas with a coworker who is sitting in this way—be careful. He or she may not agree with anything you say and will judge you for it afterward or they might even take your ideas and credit themselves for it.

4. Sitting at the End of the Table

Consistently sitting at the end of the table, sofa, or the bench reveals a personality that is not only confident but has leadership qualities.

According to Psychology Today, people who sit at the end of any particular spot around other people subconsciously want to keep sending the message that they are the ones in control. They expect others around them to follow their orders and to jump at their commands. In fact, sitting in this fashion is a hidden intimidation tactic so that the others around them will obey their orders.

5. Sitting in the Center

Unlike sitting at the end of the table, sofa, or bench, people who have a cooperative personality are going to be naturally inclined to sit in the middle of any seating arrangement.

According to Psychology Today, this is a subconscious way of telling others around that they are approachable, value teamwork, and want to collaborate. In other words, they want to work with others instead of leading anyone.

6. Sitting on the Floor With Legs Crossed

Sitting on the floor while crossing your legs shows that you are open-minded and spiritual.

The Study Body Language site mentions that this sitting position is also known as the Eastern sitting position, and this is how you are expected to sit during yoga practices. In this position, you are relaxed and open to anything that is happening right at that moment.

7. Sitting With Your Arms Crossed

Crossing your arms while sitting is an indication that you are not only angry, but you are creating a barrier between yourself and others around you.

According to Psych Mechanics, psychologists state that those who consistently sit with their arms folded are struggling with anger management issues. Also, those who sit this way constantly feel threatened, as this posture occurs due to their subconscious mind feeling as though there are threats around and they must protect themselves. This is why they sit with their arms folded across their chest.

8. Sitting With Your Wrists Crossed

For those who cross their wrists while sitting on a consistent basis, this shows that they are insecure. Just like when it comes to sitting with your legs crossed, those who sit while crossing their wrists are not just insecure but are anxious and fearful in general as well, according to Dr Glass. This posture suggests that subconsciously the individual is feeling threatened.

9. Sitting With Knees Next To Each Another

Have you noticed anyone sitting with his or her knees next to each other but are not crossing their legs? This sitting position is a sign of cheerfulness, extroversion, and being gregarious, according to Curious Mind Magazine.

The next time you sit next to someone who is in that position, observe that individual. There is a good chance that he or she will be quite friendly, optimistic, and talkative, and this sitting position reinforces that trait.

People who sit with their knees far apart appear to be self-centered, arrogant, and even judgemental. These individuals also may appear to often dress in fancy or very stylish clothing and are usually wearing a lot of makeup.

However, according to Curious Minds Magazine, people who sit in this position may appear to be self-centered on the outside. The reality is that they are perfectionists who are filled with anxiety and worry for doing something wrong and have a strong fear of failure.

11. Sitting With Knees Straight Ahead

Those who sit with their knees straight ahead in front of them are intelligent and knowledgeable. According to Curious Minds Magazine, they feel comfortable only when they are in a peaceful environment, so they don’t like confrontation or anyone disturbing their peace. Generally, they respect their own time and the time of others, so they will not be late for meetings.

The next time you sit down, be mindful of the position you are in while sitting. This can be an indicator of your personality in general and your attitude at a given point in time. Observe others who are sitting around you as well, because you will learn quickly the type of people they are.

Miriam Slozberg contributed to this article