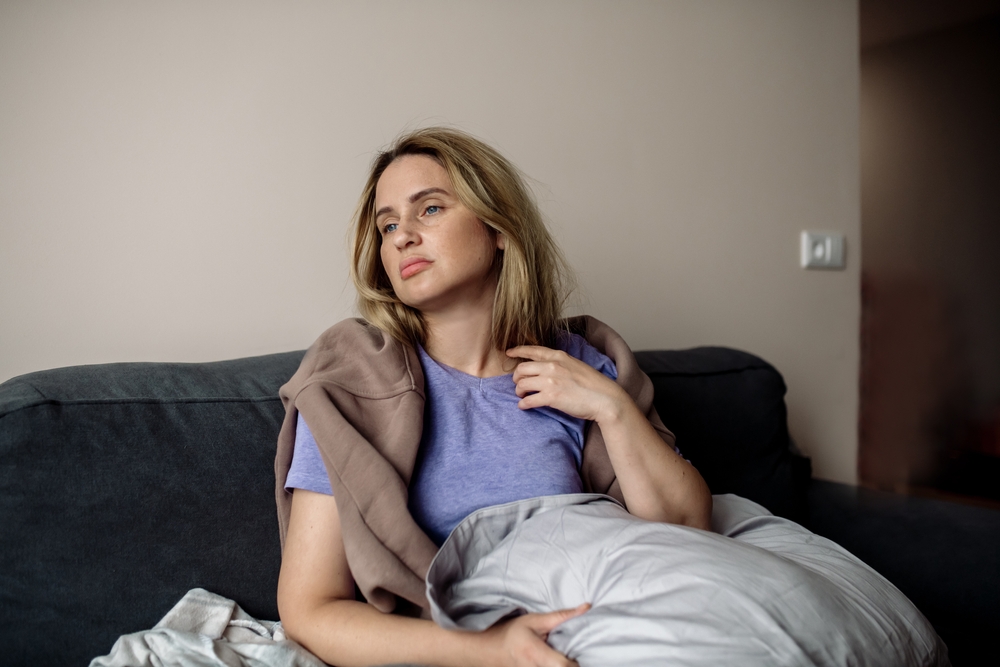 There’s a Link Between Gut Bacteria and Fibromyalgia Severity

Researchers have found that alterations in gut bacteria and blood bile acids of women with fibromyalgia are associated with the severity of their symptoms.

Their new study also points to a biological signature that could facilitate diagnosis.

Affecting up to 4% of the population and mostly women, fibromyalgia is a syndrome that causes pain, fatigue, and cognitive issues. Poorly understood, the condition has no cure and is difficult to diagnose.

After showing for the first time, in 2019, that fibromyalgia was linked to alterations in the gut microbiome, the researchers have taken a major step towards better understanding the association between gut bacteria and the syndrome.

In a new study, they present the first evidence that patients with fibromyalgia show different amounts and species of bile-metabolizing gut bacteria, as well as different concentrations of bile acids in the blood, compared to healthy people. They also show that some of these differences are correlated with the severity of the symptoms.

These findings could pave the way for the development of diagnostic and therapeutic tools for those suffering from fibromyalgia.

Secreted by the liver, human bile acids help the body digest oils and fats but also carry out many biological activities in other body systems. Once metabolized in the gut, they are recirculated to the liver and blood and become secondary bile acids.

“The change in bile acids that we observed in patients with fibromyalgia in our study is distinct enough to be used as an effective biological signature to detect individuals with fibromyalgia. That’s an important step forward, considering that diagnosing fibromyalgia is often a long process that requires eliminating other conditions that can cause similar symptoms,” says Amir Minerbi, joint first author of the study, who transitioned from the Alan Edwards Pain Management Unit at the McGill University Health Centre (MUHC) to Rambam’s Institute for Pain Medicine during the time of the study.

Using artificial intelligence, the team also found that the presence of six specific secondary bile acids was sufficient to predict by over 90% accuracy if an individual within the study had fibromyalgia.

“Machine and statistical learning have helped us to characterize which gut bacteria change in abundance and which human bile acids are important makers of the disease,” says joint first author Emmanuel Gonzalez, PhD, from the Canadian Center for Computational Genomics and the human genetics department at McGill.

“These approaches provided an accurate biological signature of fibromyalgia and, although our study cohort was relatively small, these findings are a promising sign that artificial intelligence might be able to considerably enhance accurate diagnosis of the disease.”

The researchers collected stool samples from all participants for microbiome bacteria analysis as well as blood samples for bile acids analysis. To see if there were associations between the observed biochemical alterations and the severity of symptoms, they asked participants with fibromyalgia to fill out questionnaires assessing their pain, fatigue, sleep quality, and cognitive and somatic problems. The patients also described their physical functioning, work difficulties, morning tiredness, muscular stiffness, anxiety, and depression symptoms.

The researchers identified a secondary bile acid called alpha-muricholic acid (aMCA) that was on average five times less present in fibromyalgia patients than in healthy participants. They found that its presence was negatively correlated with most of the syndrome symptoms, including pain, fatigue, unrefreshing sleep, and cognitive complaints.

“If this is corroborated in future studies, we may be exploring a potential new mechanism involving one specific secondary bile acid that influences chronic pain,” says senior author Yoram Shir of the Alan Edwards Pain Management Unit.

Using DNA sequencing technologies and artificial intelligence, the team searched for correlations between serum bile acid concentrations and various clinical variables. The analyses confirmed that at least some of the observed differences in the patients’ microbiome composition and bile metabolizing bacteria were likely to be attributed to fibromyalgia, rather than to other individual or environmental factors.

“For example, irritable bowel syndrome and depressive disorder are common among individuals with fibromyalgia, but we were able to demonstrate that alterations to specific bile acids associated with fibromyalgia were not correlated with these conditions,” says bioinformatics expert Emmanuel Gonzalez.

Because diet is a factor that influences the composition of the gut microbiome, the scientists also conducted analyses looking at the dietary intake of each participant and found no correlation between the consumed nutrients and symptoms.

“Our findings show a strong relationship between patient microbiome composition, bile acids, and the severity of fibromyalgia symptoms. Understanding the biological mechanism of fibromyalgia is critical, because it shows that this condition is real, and because it brings us closer to developing an effective treatment to these women and men in pain,” says Shir.

The research appears in the journal PAIN. Additional researchers are from McGill University; Université de Montréal; and the Institute for Pain Medicine at Rambam Health Care Campus in Haifa, Israel.