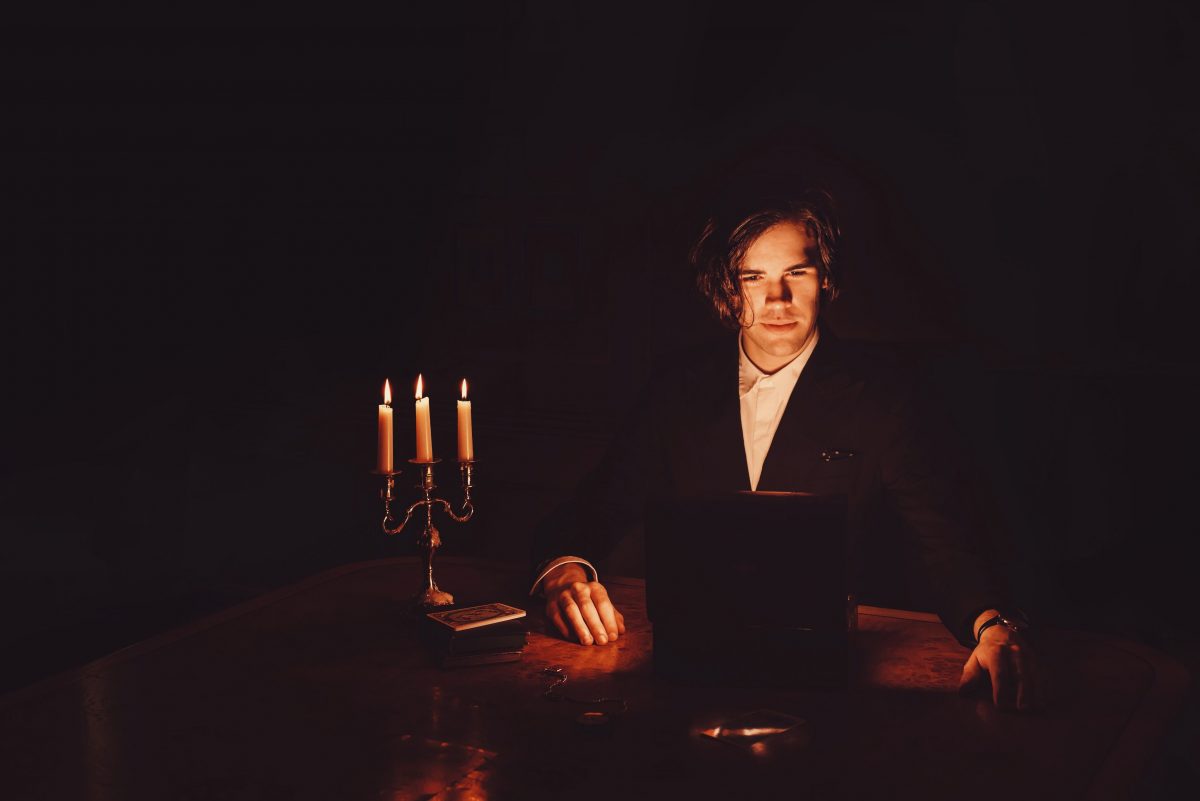 Opening the mind to a world of possibilities
BY Judd Hollander TIMEFebruary 19, 2019 PRINT

NEW YORK—The exact moment when twilight or, if you will, dusk begins can offer powerful and wonderful opportunities. If one could find that exact instant when the world shifts from one set of realities to another, then in that precise moment of the changeover, anything would be possible. As the starting point for his solo show “Wonders at Dusk,” master illusionist, mentalist, and performance artist extraordinaire Scott Silven shares some of his childhood memories when he tried to become one with such a moment. This evening of misdirection and insights (provided by Silven) and amazement (contributed by the audience) is currently appearing at The Club Car of The McKittrick Hotel.

As Silven makes clear, there are certain basic connections shared by all human beings, even if we are not aware of them. When interacting with his audience of approximately 100 souls, most of whom don’t know each other and who will probably never meet again, Silven introduces a series of seemingly random variables—ones often numerical in nature—into this communal experience. These allow him to get inside the head of each person he speaks to.

And we discover that he knows, for example, where certain volunteers will be standing onstage, and what some of them will be wearing, even before he calls on them in the first place. He makes sure to tie together all of these revelations—including a very specific calendar date—before the show is over.

Though Silven may take great delight in fooling those attending, he never talks down or belittles his audience. He welcomes everybody in a genial manner. Sharply dressed in a dark suit and with a confident air, he knows more than a few secrets that he can’t wait to share. And he does. Even if he doesn’t always explain exactly how he knows them, such as the segment when he describes images seemingly from some of the audience members’ memories.

The challenge for those watching, of course, is to figure out exactly how Silven is able to do all of this. One can, perhaps, explain some of his apparent wizardry due to his being an excellent judge of body language, especially when people are trying desperately not to give anything away.

However, so many other astonishing moments happen during the performance that you are guaranteed to leave in nothing less than a completely flummoxed yet totally delighted state, wondering how they could happen.

The show’s atmosphere of mystery is evident the moment one first enters The Club Car. The place gives the vibe of a 1930s-era speakeasy, with a polished bar on one side, wafts of smoke hanging in the air, large globes of light suspended from the ceiling, and a recording of “Minnie the Moocher” coming from the speakers.

There is also the stage itself, which contains a large hourglass, a manual typewriter, and an imposing armchair from which Silven often holds court. These elements call to mind for him a special place from his youth where he would seek refuge and sit alone to think and dream. What he learned during that time had a major impact on him.

Douglas Adams wrote in “The Hitchhiker’s Guide to the Galaxy” that the answer to the ultimate question is “42,” but for Silven, the answer turns out to be something much more unexpected. Exactly what that answer is proves to be—and how he arrives at it—is just one of the many pieces that make up “Wonders at Dusk.” As the show offers a peek into a special moment of cosmic alignment and an understanding of the basic connections we all share, it makes for a magical experience one will not soon forget.