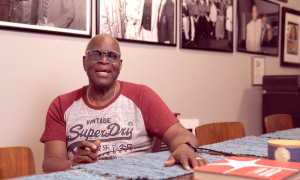 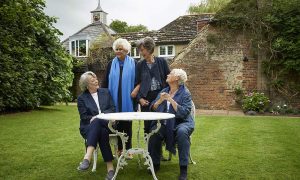 Film Review: 'Tea With the Dames': Four UK Actresses of the Theater
0 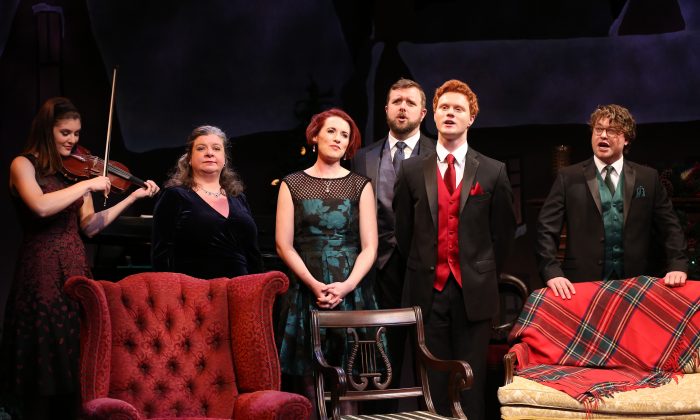 NEW YORK—You may never have personally experienced the moments recalled in “A Child’s Christmas in Wales,” but after seeing the Irish Repertory Theatre’s latest incarnation of what has become a perennial holiday treat, you just might feel that you have.

Based on the story by Dylan Thomas, and winningly adapted and directed by Charlotte Moore, the show is awash with memories as it takes the audience on a “thimble-hiding, musical chairing, blind-man’s bluffing” version of a “never to be forgotten day.” It’s a time when the world outside was a snow-swept blanket of magic, where “saber-clawed arctic tigers” roamed at will, where snowballs were a child’s weapon of choice, and where nothing could keep a young boy and his friends from their adventures—except perhaps, the call to Christmas dinner.

The show’s holiday atmosphere becomes evident the moment one enters the theater. This initial effect is accomplished by scenic designer James Morgan’s beautifully painted backdrops of houses and streets covered with snow. The chilly feeling this invokes nicely contrasts with the warmth of the set itself; one which includes a Christmas tree, numerous festive decorations, a brightly colored rug of red and green, and of course, a large and inviting fireplace.

The most significant element about the show’s narrative is the universality of the situations depicted. These allow just about everyone to relate to them. There’s the stream of relatives who descend on the Thomas family for this yearly yuletide gathering. Of these, there are the annoying ones who never stop treating you as a child, no matter how old you are (at least one of whom can’t help but pinch you on the cheek); the ones who take perhaps too many sips of the “Christmas punch”; the ones who sit around after dinner, thinking deep thoughts while lying about in the parlor; and the ones so tiny and fragile, they might break apart if they move suddenly. Of these, some are there because it is their only reason to once more put on their holiday best and be a part of a world that is moving on without them.

The show is structured so as to allow the audience to look back at their childhoods through the relative wisdom of adult eyes. This becomes evident when the tale recalls some of young Dylan’s escapades: He engages in a wild animal hunt, an exploration of a snow-covered park, and a journey to an old, dark house, scary enough to send his and his chums’ already fevered imaginations into overdrive.

The relaxed camaraderie between the cast of six allows for a presentation that is both comfortable and involving. At the same time that they bring to life Thomas’s boyhood remembrances, the performers call to mind a group of old friends reflecting on their own long-ago Christmas memories.

The actors clearly get into the spirit of the work, particularly in some of the musical numbers, such as the comic “Miss Fogarty’s Christmas Cake.”

Other musical highlights range from the profoundly stirring “In the Bleak Midwinter” to the joyous “Open Your Eyes” and “Take My Hand, Tomorrow’s Christmas.” The latter two songs are among several that Moore wrote for the show. There’s also some rather high-spirited dancing.

Lighting by Michael Gottlieb adds to the overall warmth of the piece, and John Bell’s musical direction works perfectly. Bell also provides musical accompaniment on the piano throughout. Costumes by Barbara A. Bell complement the tale.

Nicholas Barasch nicely projects the earnest youthfulness of a young Dylan Thomas, both in describing the character’s experiences and while singing “I Don’t Want a Lot for “Christmas.”

Naomi Louisa O’Connell and Polly McKie have the most powerful singing voices of the group, and each of them leaves a lasting impression.

Dewey Caddell projects a strong air of gravitas and gives the appearance of an elder statesmen, especially when he portrays Dylan’s father. Margaret Dudasik also adds some musical support with her performances on the violin.

First seen at the Irish Repertory Theatre in 2010 and making its third return since, “A Child’s Christmas in Wales” never fails to touch the hearts of those who see it. The show offers both the magic of the holidays and a chance to experience something you might wish was once an actual part of your life.