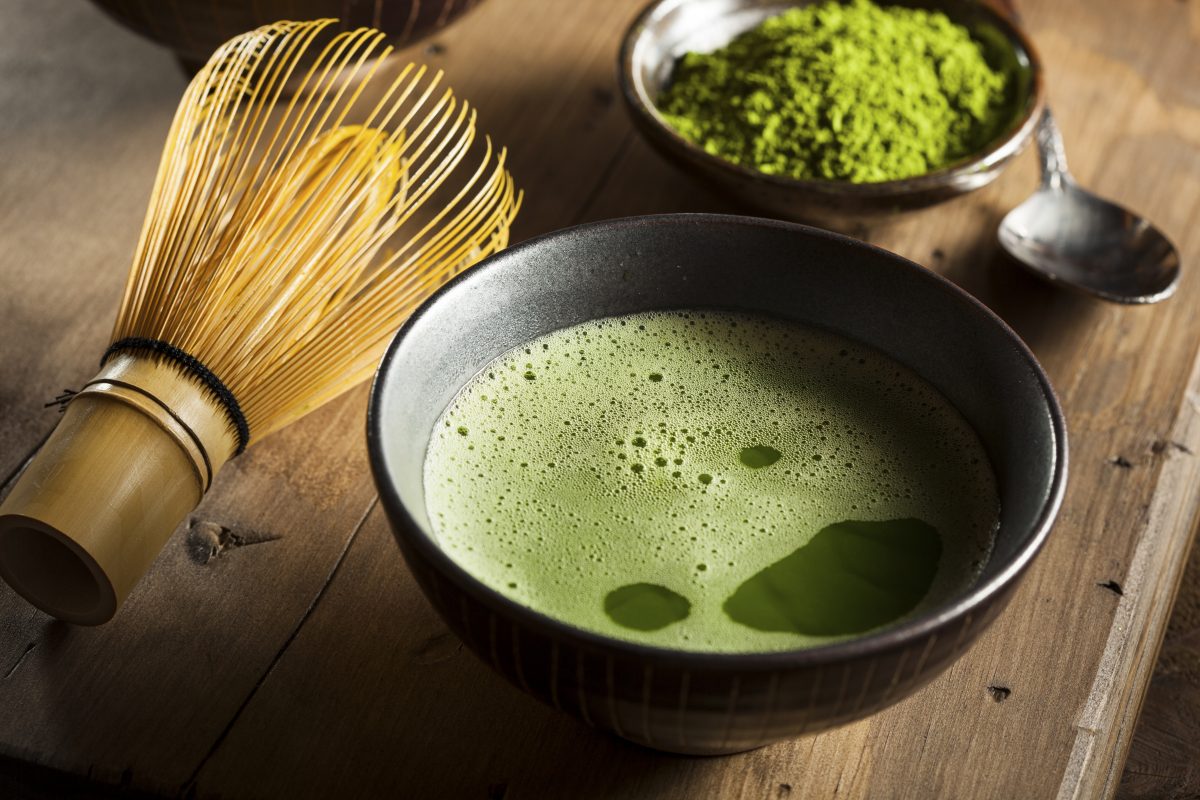 Theanine is found in the highest concentrations in green tea, especially shade-grown green tea, which has higher levels of both theanine and caffeine. (Thinkstock)
Brain Health

Theanine Calms Your Brain, Gives Your Heart a Boost

A compound found in tea and mushrooms sharpens our minds and supports our organs
BY Jennifer Margulis TIMEMay 15, 2022 PRINT

Anxiety was on the rise even before COVID-19 pushed us all into even more pronounced panic. So anything that can help us humans feel calmer and more centered is particularly welcome right now.

Several fascinating studies have shown that theanine, a compound found in tea and some mushrooms, is connected to better brain and heart health and to longevity.

Some of theanine’s biggest fans are the parents of children with autism. Children in the United States and across the globe are suffering from anxiety, and children with autism often suffer from higher rates of anxiety than neurotypical youngsters, according to 2015 research published in Current Opinion in Psychiatry.

Terri Hirning, a motivational speaker and health advocate, said that for more than a decade, she has used theanine as a treatment for her son to help him recover from autism.

While calming anxiety is a wonderful benefit, a growing body of scientific literature suggests that theanine does a lot more.

Theanine is an amino acid found in tea plants and certain mushrooms. It’s similar in structure to glutamic acid and glutamine, compounds essential to many bodily functions, including protein synthesis and neurotransmission.

Theanine comes in two forms, L-theanine and D-theanine. They’re identical in composition, containing the same number of carbon, hydrogen, nitrogen, and oxygen atoms (C7H14N2O3), but they differ in the placement of the OH group (composed of one oxygen atom bonded to one hydrogen atom). The L form is most common in nature and is the form that’s biologically available, so when we talk about theanine, we’re most often talking about L-theanine.

Theanine has been shown to be neuroprotective by reducing excitatory glutamate, delaying neuron death following stroke, and promoting neurogenesis (the creation of new brain cells).

Selective serotonin reuptake inhibitors, which are intended to increase serotonin levels in the brains of people struggling with depression, have extensive negative side effects. So it’s particularly noteworthy that research done in the Netherlands has found that theanine increases alpha wave activity in the brain, which is indicative of a relaxed state.

GABA signaling is a big issue in children with neurodevelopmental disorders and reduced executive function, according to research done in 2012, and theanine has been credited with helping to normalize dopamine, serotonin, and GABA signaling disturbances.

For example, in an interesting experiment published in March 2015, a team of neuroscientists at Northumbria University in the UK gave 24 people—12 habitual caffeine consumers and 12 non-consumers—in random order, over four visits, just caffeine, just theanine, both theanine and caffeine together, and a placebo.

Afterward, participants were tested on a range of mental tasks.

Those who were given caffeine alone reported fewer headaches and mental fatigue than when they were tested before the dose and likewise demonstrated improved reaction time and a better ability to process visual information quickly.

Participants given just theanine reported having more headaches during the testing. Where the people given caffeine had improved scores on the mental math component of the test (counting backward in increments of seven), those given theanine alone didn’t.

However, the study participants who took the caffeine and theanine together enjoyed all the benefits of caffeine and none of the downsides of theanine alone and did even better than the caffeine-only group on mental math, as well as on language skills.

Because the combination of caffeine and theanine works to improve cognition, this suggests that green tea (and matcha—powdered shade-grown green tea) may be the perfect enhancement for long-term brain function.

Scientists believe that some of the brain effects associated with theanine stem from its resemblance to glutamine, a powerful excitatory neurotransmitter. Recent research has shown that theanine can occupy glutamate receptors and that it’s able to pass through the blood-brain barrier to exert its relaxation effect.

In a 2021 study, Japanese researchers focused on theanine’s cognitive effects in men and women between the ages of 50 and 69, who are at risk of cognitive decline. The scientists wanted to distinguish short-term effects from long-term effects, so they measured cognitive functions—attention, working memory, and executive function—after a single dose of theanine (100 milligrams, about four times the amount found in a cup of green tea) and after daily doses for 12 weeks.

The study was a randomized double-blind, placebo-controlled trial, which means that neither the researchers nor the subjects knew whether they were taking theanine or a placebo. This is considered the gold standard for obtaining high-quality evidence, although the study didn’t limit the subjects’ normal intake of tea, which means that the overall intake of both theanine and caffeine wasn’t strictly controlled.

The Japanese researchers found that theanine had a very positive effect on the brain: “A single dose of L-theanine reduced reaction time in the attention task and increased correct answers and decreased the number of omission errors in the working memory task, which suggests L-theanine may improve working memory and executive function.”

Counteracting Negative Effects on the Brain

Although the use of cannabis is controversial, 37 states have legalized medical marijuana and 18 states have legalized its recreational use. Chronic cannabis use in adolescence is associated with negative effects on brain development, which may be a trigger for schizophrenia and may cause anxiety, paranoia, and other cognitive impairments.

According to a January 2021 study in the Journal of Neuroscience, that’s what inspired Canadian researchers to investigate theanine’s potential to mitigate the negative effects of cannabis on the developing brain. These scientists fed young rats two doses of theanine daily before injecting them with increasingly higher doses of THC, the mind-altering ingredient in cannabis.

Theanine had a positive effect on the young rats’ brains, the researchers found.

“The range of neuroprotective effects induced by L-theanine were remarkable not only for their persistence beyond the adolescent THC exposure period, but for the comprehensive nature of its protective effects,” the study reads.

Good for Your Heart

Best Ways to Get Theanine

Theanine was originally identified by a Japanese scientist interested in why gyokuro (shade-grown, rolled-leaf) tea was so rich in umami (deep flavor), almost like a savory soup. Sure enough, gyokuro was found to contain abundant amounts of theanine.

Gyokuro isn’t always easy to find in the West, unlike matcha, the tea-ceremony form of green tea in which the leaves are ground to a fine powder so that it brews quickly and thoroughly—and you drink the powdered leaves themselves, giving you a concentrated dose of everything in the tea.

Matcha is very trendy now and can be ordered in coffee shops, tea houses, and even smoothie bars. How it’s brewed or even whether it’s brewed at all doesn’t much matter, because when you drink matcha, you’re consuming everything in the tea.

All true teas (made from the leaves of the tea plant, Camellia sinensis), whether black, white, green, oolong, or pu-erh, contain theanine. If you’re not a tea drinker, you can get theanine by adding matcha powder to foods and desserts: Sprinkle it on fruit salad or ice cream, use it to make a healthy cake frosting, or make some matcha-infused energy balls.

What if you don’t like tea at all? Theanine is also present in some mushrooms, particularly bay boletes, which you can sometimes buy fresh at farmers markets or find dried at the grocery store. The theanine in these mushrooms provides umami flavor and, perhaps, cognitive benefits. Boletes don’t contain caffeine, however, so you might want a cup of coffee to go with them.

Jennifer Margulis, a regular contributor to The Epoch Times, is an award-winning science journalist and a sought-after speaker. Learn more at her website, JenniferMargulis.net, and follow her on Substack at JenniferMargulis.substack.com