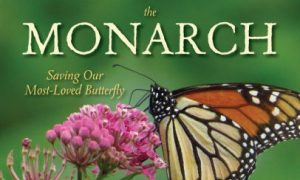 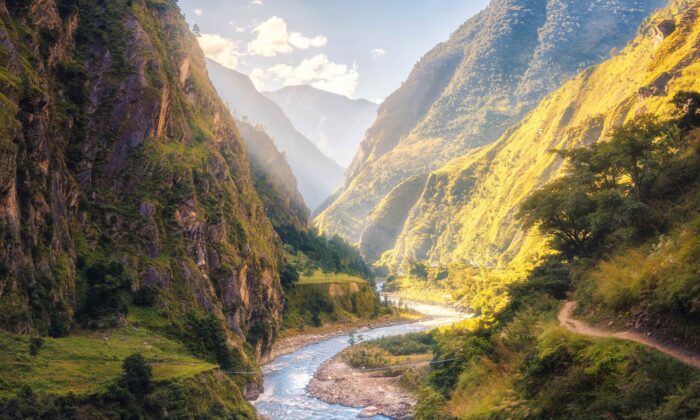 Looking to nature, we can find the imprint of the divine. (Denis Belitsky/Shutterstock)
Mind & Body

The Wisdom of Nature

Tatiana Denning
D.O.
Tatiana Denning, D.O. is a preventive family medicine physician and owner of Simpura Weight Loss and Wellness. She believes in empowering her patients with the knowledge and skills necessary to maintain and improve their own health through weight management, healthy habits, and disease prevention.
View profile
Follow
biggersmaller
Print

“And into the forest I go, to lose my mind and find my soul.” —John Muir

Ah, nature. It’s a balm for the spirit and an education for the soul.

It has nurtured a wealth of poetry and literature, inspired some of the most treasured works of art, and moved musicians to create soul-stirring compositions.

Take Beethoven, for example, who is said to have developed a love of nature in his youth, enjoying strolls along the Rhine River with his father. Despite losing his mother at a young age, having a father who was an alcoholic, and starting to lose his hearing at the age of 28, Beethoven created some of the most beautiful music the world has ever known—with nature often acting as his inspiration. Nature spoke, and Beethoven listened, translating what he heard into music.

“No one can love the country as much as I do,” he said. “For surely woods, trees, and rocks produce the echo which man desires to hear.”

Nature nourishes the soul, inspires us to dream, and grants us a nightly magical wish upon a star.

As Haruki Murakami said, “Not just beautiful, though—the stars are like the trees in the forest, alive and breathing. And they’re watching me.”

Yet when its inescapable fury manifests, nature can humble us, instilling a sense of awe and respect. Despite technological advancements, modern science can only understand nature in small parcels and points—its immense intertwined complexity is beyond our ability to quantify or control.

Going With the Flow

Nature has its own rhythm, its own ebb and flow. Everything is accomplished in just the way it should be and at just the right time. It exists in a state of interconnectedness and interdependence, and every cell and molecule has a role to play.

As Blaise Pascal said, “The least movement is of importance to all nature. The entire ocean is affected by a pebble.”

Nature moves in cascades, with each element impacting the next. And should any one thing fail to fulfill its role, the whole will be affected.

Nature doesn’t resist, nor does it look for the easy way out. It’s simple and effortless, existing in a state of ease and harmony with the universe. We see examples of this wherever we look, from the migration of birds with the change of seasons to the babbling brook meandering along its destined path.

Our lives also have a path that naturally unfolds before us. When we find ourselves complaining, wishing things were different, and fighting to make things go a certain way, we might be missing the best course available to us. When we can’t accept our life as it is, we misalign ourselves with reality. The first step in charting a prosperous course is to seek harmony with the way things are.

When we understand that the things we encounter can help us grow, our fear, resistance, and urge to control can transform into faith, trust, and surrender. Our hearts can become lighter, and we can find calm acceptance and gratitude.

Change Is a Part of Life

Change is inevitable and impossible to avoid. It’s a constant in nature and ubiquitous: Day gives way to night, summer gives way to fall, and the clouds give way to the sun.

Just as the caterpillar changes into a butterfly and water can become vapor or ice, we, too, are ever-changing, through infancy, to adulthood, and into old age.

Fear of change, as Lao Tzu pointed out, can interfere with our progress. Rather than fearing and resenting change, if we can engage it with interest and something we can expect, it can engage us with life.

Because things are ever-changing, it’s a waste of energy to try to resist. To attach ourselves to anything as it currently exists is foolhardy. Nothing stays unchanged and nothing lasts forever—whether it be a house, the stars in the sky, or who we are at this moment.

Only by letting go and accepting change are we free to learn and grow. Being tied to things as they are will only keep us mired in misery, and act as a weight to prevent us from elevating. Though we aren’t granted foresight, what we fear letting go of may actually be replaced by something more wonderful.

As Chuang Tzu (another famous Daoist) once said, “Just when the caterpillar thought the world was over, it became a butterfly.”

Hardships come in a variety of shapes and sizes.

Things in nature must endure their own form of hardship, as spring gives way to winter, or a storm destroys everything in its path. Despite such hardship, nature doesn’t complain, nor does it give up. It pushes through, and before long, the first blade of grass appears, in an act of perseverance.

Nature doesn’t try to avoid difficulties, nor does it force things to go its own way. Even in a storm, the willow tree doesn’t resist the harsh winds—it bends, but doesn’t break—it’s flexible and resilient. It lives in the moment, accepts the challenge, and rises up to meet it.

Like the willow, we must persevere. And most importantly, we must look for the lesson and opportunity to grow.

As counselor Craig Lounsbrough said, “Without mountains, we might find ourselves relieved that we can avoid the pain of the ascent, but we will forever miss the thrill of the summit. And in such a terribly scandalous trade-off, it is the absence of pain that becomes the thief of life.”

As we encounter hardship, we’re tempered. We learn how to endure, be patient, and have tolerance. We learn adaptability and resilience, we grow stronger, and we learn gratitude. We learn that, without the storm, we wouldn’t appreciate the calm.

Though it may take time to see it, there’s always something profoundly positive in any hardship. And as the saying goes, it’s not the mountain we conquer, but ourselves.

Tatiana Denning
D.O.
Follow
Tatiana Denning, D.O. is a preventive family medicine physician and owner of Simpura Weight Loss and Wellness. She believes in empowering her patients with the knowledge and skills necessary to maintain and improve their own health through weight management, healthy habits, and disease prevention.
TOP NEWS