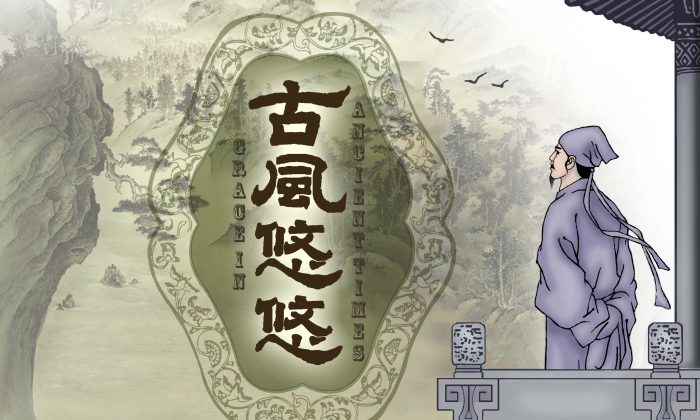 The Unbiased Recommendations of Qi Xi

Impartiality is an important moral ideal, whereby one refrains from giving preferential treatment to anyone but rather treats everyone fairly and justly. It requires putting aside personal interests and biases, such as feelings for friends and family, negativity toward opponents and even enemies, or prejudice in favor of or against anyone based on background, social standing, or other characteristics.

This theme is portrayed in a story from ancient China about a man named Qi Xi, who was a senior officer of the state of Jin during the Spring and Autumn Period (771–476 B.C.).

One version of the story is found in “Lushi Chunqiu,” an encyclopedic Chinese classic text from around 239 B.C. The classic text is also known as “The Annals of Lu Buwei.” Lu was the prime minister of the state of Qin at the time.

As the story goes, when Qi Xi recommended candidates for public service, his only desire was to have the best person appointed, regardless of any personal relationship he had with that individual.

One day, Duke Ping of Jin asked Qi Xi: “Nanyang is without a county magistrate. Who would be suitable for this post?”

The duke was surprised. He asked: “Isn’t Xie Hu your enemy?”

Qi Xi simply said, “Your Highness asked who would be suitable for this position, not who my enemy is.”

“Excellent,” Duke Ping said. He indeed appointed Xie Hu as county magistrate of Nanyang. As it turned out, Xie Hu did an excellent job, and the people all praise him.

Sometime later, Duke Ping again consulted Qi Xi. “The state is without a high-ranking army officer in the capital. Who would be suitable?”

The duke was again surprised. He asked: “Isn’t Qi Wu your own son?”

Qi Xi said, “Your Highness asked who is suitable, not who my son is.”

“Excellent,” Duke Ping said. He went ahead and appointed Qi Wu to the post. Again, Qi Wu did an excellent job and received praise from everyone.

Only a person of outstanding merit can make such recommendations. Qi Xi, therefore, is someone who is absolutely impartial, unselfish, fair, and just.