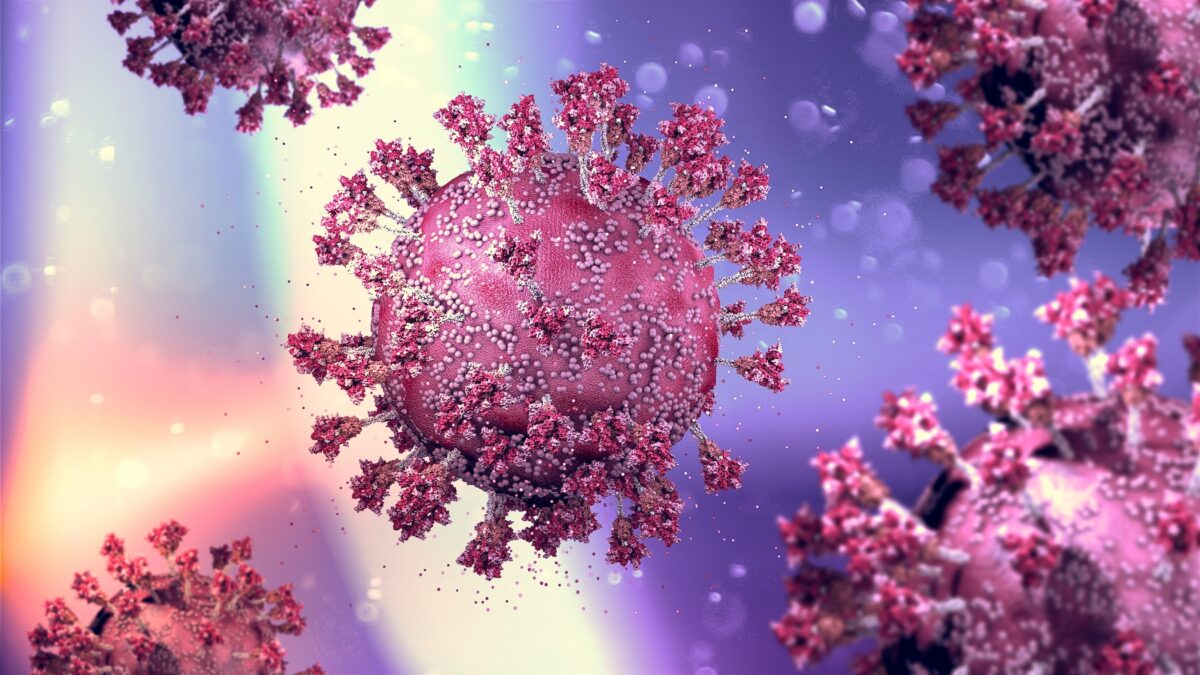 The Truth About the ‘Stealth’ Variant

US officials had predicted that Omicron would be the variant to end the pandemic. However, varying degrees of pandemic lockdown measures are still being carried out in recent weeks, while the new variant in the Omicron family–BA.2 has continued to spread to more than 110 countries based on data from outbreak.info.

To differentiate them better, BA.1 is used as a name to describe the original Omicron.

What is the pathogenicity and transmissibility of BA.2, and how do Covid vaccines and natural immunity hold up against this subvariant? To get clear answers, we turned to Dr. Yuhong Dong, expert in infectious diseases and antiviral drug development.

Covid cases began to decline early February, and rose again slightly around mid-March. These waves of cases mostly took place in Asia, Europe, and the Pacific. In Europe, there were no large spikes, with most cases mainly in France, the UK, and Italy. The largest outbreaks were in China, Hong Kong, South Korea, and New Zealand—the increase in infections and deaths  were largely due to the new Omicron subvariant BA.2.

In the United States, the CDC stated this week that the majority of Covid cases are now due to the BA.2 variant The BA.2 variant tends to spread extremely fast and essentially replaces most pre-existing variants.

BA.2 is significantly different from Omicron subvariant BA.1 to the extent where Japanese virologists recommended it be treated as a new variant of concern (VOC).

The new variant has three major changes: how detectible it is, how transmissible it is, and how resistant it is to our natural immunity and vaccines.

“The New England Journal of Medicine published a study from Harvard University (chart here) which showed that BA.2 has eight new mutations in the spike protein compared to BA.1,” Dr. Dong said. “The mutations in BA.2 are what make it difficult to detect, and that is why it’s referred to as the ‘stealth variant.'”

“The BA.1 subvariant had a line of genetic code deleted when it mutated from a previous strand. This mutation led to false negatives when using PCR tests,” Dr. Dong explained.

“By contrast, BA.2 does not have this deletion mutation and can be detected by a PCR test. Yet, the new variant cannot be rapidly diagnosed with existing PCR tests, as they require a more detailed analysis of the collected mucus sample . Since these lab tests take about 10 days to complete, BA.2 is regarded as the “stealth variant.”

These eight new mutations also make it so that the transmissibility of BA.2 has significantly increased, about 30 to 40 percent from the transmission rate of BA.1.

“A recent Danish study found that people infected with BA.2 were more likely to infect neighbors than those with BA.1, regardless of whether they had Covid vaccinations,” Dr. Dong said.

The researchers looked at the transmissibility of BA.2 in populations with different vaccination status, compared to those with BA.1:

“People infected with BA.2 are more likely to transmit the BA.2 to people in the same household than those with BA.1, regardless of their vaccination status. This explains the sharp outbreak in Hong Kong, where a study estimated the number of new cases caused by the BA.2 variant doubled roughly every 1.3 days,” Dr. Dong said.

Similarly, immune protection against the BA.2 variant has declined with regard to vaccine-induced immunity.

“The Harvard study also looked at 24 subjects and observed their immune responses to the BA.2 variant,” Dr. Dong said.

“After a third shot, the protection from the vaccine increases but fares poorly  against BA.1 and BA.2, where it is about 6-8 times weaker than against the old strains.

Dr. Dong also pointed out that the study only analyzed the mRNA vaccines like those from Pfizer and Moderna. Most of the vaccines used in China, where there are massive outbreaks and inhumane lockdowns, are inactivated vaccines which have not been analyzed and researched.

“The researchers also looked at immune responses to BA.2 in a group of people who had been vaccinated and then later tested positive for the BA.1 strand. They had acquired immunity specific to the BA.1 strand,” Dr. Dong said. “which were specialized antibodies, T-cells, B-cells, and other levels of immunity. However, the resistance of this group against BA.2 was still 1.3 times weaker than against BA.1.”

According to the Nextstrain database, BA.1 cases at one point accounted for 99 percent of global infections. Many of these were asymptomatic and mild infections, and those infected are to some degree  protected against a BA.2 infection.

“Countries that experienced many BA.1 infections may have a large population shielded from severe BA.2 infections,” Dr. Dong mentioned. “So even if you are in an area where BA.2 infections have risen sharply, there is no need to panic. If you have been infected with BA.1 or BA.2, the natural immunity of the antibodies produced will afford a high level of protection against severe disease.

“Many countries are currently studying the mortality rate of BA.2. A study looking at infections in South Africa did not find an increase in hospitalization rates or severe symptoms compared to BA.1. A study in the UK found similar results,” Dr. Dong commented.

And now that most people have received two or three doses of Covid vaccines, what is the chance of becoming seriously ill with BA.2?

No Need to Fuss Over New Variants

Many people think that generating antibodies is the key to fight COVID, yet antibodies alone is far from what the immune system is about.

Due to technological limitations, very few studies have examined the broader picture, from the mucosal immunity and changes in macrophage activity all the way to expression levels of interferons in epithelium cells.

Despite the recent findings of reduced protections, Dr. Dong says that there is no reason to despair.

“Antibodies are not everything, because it is only a secondary line of defense in our immune system. We should not forget about our God-given natural immunity, such as our tonsils, and mucosal layer that defend against all sorts of viruses and bacteria, not only COVID,” she said.

“Natural immunity is the component of our immune system that responds first to an infection and fights the largest share of the battle for the first week after symptoms show, and continue to play a vital role throughout the whole process. Having an inefficient innate immunity against SARS-CoV-2 would likely result in the virus proliferating inside our bodies, which then results in worsening symptoms.”

“A wise strategy for us would be to direct our attention towards actions that strengthen our natural immunity. For example, enjoying regular sunshine, following a regular sleep schedule, remembering to take a deep breath or a stroll outside when feeling stressed, and accepting inevitable changes with a positive mindset and a smile.

“These little things are not trivial. Our behavior or mindset has an implication of our natural immunity. It’s like cultivating a plant with water and sunlight. If we often remember to take care of it, our body would be strong enough to resist infections without breaking a sweat.”