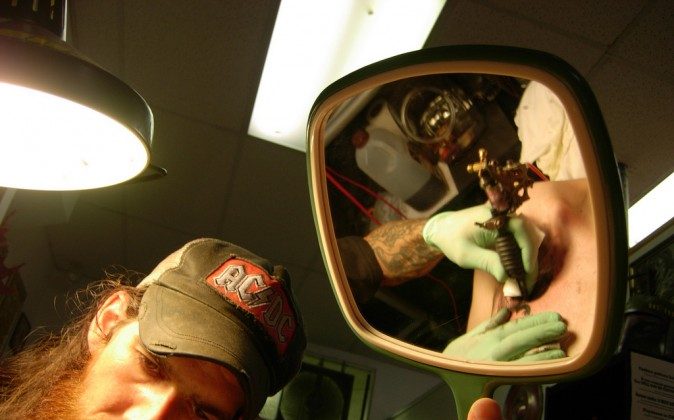 The Truth About Tattoo Inks

Deborah Mitchell
Deborah Mitchell is a freelance health writer who is passionate about animals and the environment. She has authored, co-authored, and written more than 50 books and thousands of articles on a wide range of topics. This article was originally published on NaturallySavvy.com
View profile
Follow
biggersmaller
Print

More than 20 percent of adults in the United States have a tattoo and, believe it or not, women beat out men in this area (23% vs 19%). But how many tattoo-toting men and women know the truth about the tattoo inks that were injected under their skin? If you are thinking about getting a tattoo, do you know which tattoo inks are safe and which ones are not?

The first truth about tattoo inks in the US is that while the Food and Drug Administration (FDA) regulates substances people ingest and some of the ingredients individuals place on their skin, the agency does not regulate inks that are placed under the skin. That means you must trust the individuals who are providing the tattoo services to use safe inks. But what are safe inks?

You don’t get any help from the FDA here either. That’s because the agency does not require the ink makers to reveal the ingredients in their products. Tattoo inks include the pigment, which can include a variety of metallic salts (e.g., oxides, selenides, sulfides), organic dyes, or plastics, and the carriers with which they are mixed to help provide an even application of the ink.

Regulation of tattoo inks differs from that of permanent makeup inks in that the states—and not the federal government–regulate the latter. Each state has its own guidelines.

Overall, the FDA has stated the following concerning tattoo and permanent makeup inks:

FDA considers the inks used in intradermal tattoos, including permanent makeup, to be cosmetics…. The pigments used in the inks are color additives, which are subject to premarket approval under the Federal Food, Drug, and Cosmetic Act. However…FDA traditionally has not exercised regulatory authority for color additives on the pigments used in tattoo inks. The actual practice of tattooing is regulated by local jurisdictions.

The bottom line is that every brand and color of tattoo ink has different ingredients, according to a Northern Arizona University study, and since the makers don’t have to tell you what’s in their products, it is clearly a case of buyer beware. You can take steps to uncover the ingredients by asking for the MFSD sheet on the different tattoo inks.

Tattoo inks may be made from titanium dioxide, lead, chromium, nickel, iron oxides, ash, carbon black, and other ingredients. Some of the pigments are industrial grade and used as automobile paint. According to an Environmental Health News report, an ingredient found in black tattoo inks—benzo(a)pyrene—has caused skin cancer in animals. It also noted that tattoo inks have migrated into the lymph nodes, which play a significant role in immune system health.

Carrier ingredients may contain dangerous substances such as antifreeze, formaldehyde, methanol, denatured alcohols, and other aldehydes. Among the most popular pigments are those made from acrylonitrile butadiene styrene (ABS), a type of heat-resistant plastic that is used to make luggage, pipe fittings, appliance parts, and, when ground down, tattoo inks. These inks are popular because they produce vivid colors. In fact, you can usually tell if an ink contains ABS because of the color.

You may pay a price for brilliant color, however, as people can experience allergic reactions to these plastic-based pigments. However, pigments that have a metal base also can cause allergic reactions. For example, you may react to the cobalt or copper in blue, the cadmium sulfite in yellow, or the mercury in red cinnabar.

An additional danger from tattoo inks concerns the desire to have a tattoo removed. If you want to eliminate a tattoo using laser or ultraviolet light (the usual methods), the process may cause the release of toxic chemicals into your body, especially if the tattoo includes yellow #7 pigment.

Did you know you can get a tattoo that glows in the dark or responds to black ultraviolet light? These tattoo inks can be dangerous, as they can accumulate into one spot under your skin. Carriers that contain alcohol cause an increase in the skin’s permeability, which means the pigment and all of its chemicals are better transported into the bloodstream. Alcohol also has been shown to enhance the activity of cancer-causing substances.

What About a Henna Tattoo?

Is a henna tattoo safer? Not really. If you want to choose a henna tattoo, you should ask about the ingredients. Those that contain para-phenylenediamine (PPD) as well as other toxic chemicals found in dyes can cause delayed allergic reactions and hypopigmentation, scarring, and dying skin (skin necrosis). In addition, use of henna may cause you to be permanently unable to tolerate sulfa drugs, sunscreens that contain PABA, benzocaine, and hair dyes.

What You Should Do

Since companies are not required to reveal the ingredients in their tattoo inks and you are not protected against receiving a tattoo from unqualified individuals (unless you do your homework, as noted in a previous Naturally Savvy article on tattoos), you need to take steps to ensure your safety if you want to have a tattoo. Therefore:

The safest advice of all regarding tattoo inks? Don’t get a tattoo. If you have your heart set on getting one, do your homework and choose the safest tattoo inks available and licensed professionals.