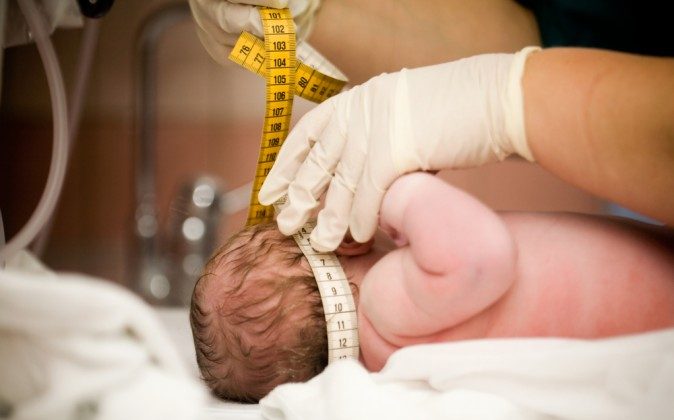 The Size of a Healthy Baby

One foot, 7.5 inches. That’s the average height of a newborn baby born to a healthy, well-nourished mother, worldwide, according to a new study published yesterday in The Lancet, Diabetes and Endocrinology.

Across the globe, there are great disparities in babies’ average size at birth, and even within developed countries, babies born to some ethnic groups are more often small for their age. This has led some researchers to believe that there are genetic differences in infant growth among different populations. But this study, funded by The Bill and Melinda Gates Foundation, looked at nearly 60,000 pregnancies in the U.S., U.K., Brazil, Italy, China, India, Kenya, and Oman, and found very little difference in newborn size—if the babies were born in good conditions.

Newborn babies are actually very similarly sized around the world when they receive good prenatal care and are born to healthy moms with access to good nutrition who live in clean environments. The results are in line with a similar study done by the World Health Organization, together providing strong evidence that babies aren’t born smaller because of genetic differences between ethnic groups.

*Image of “newborn” via Shutterstock