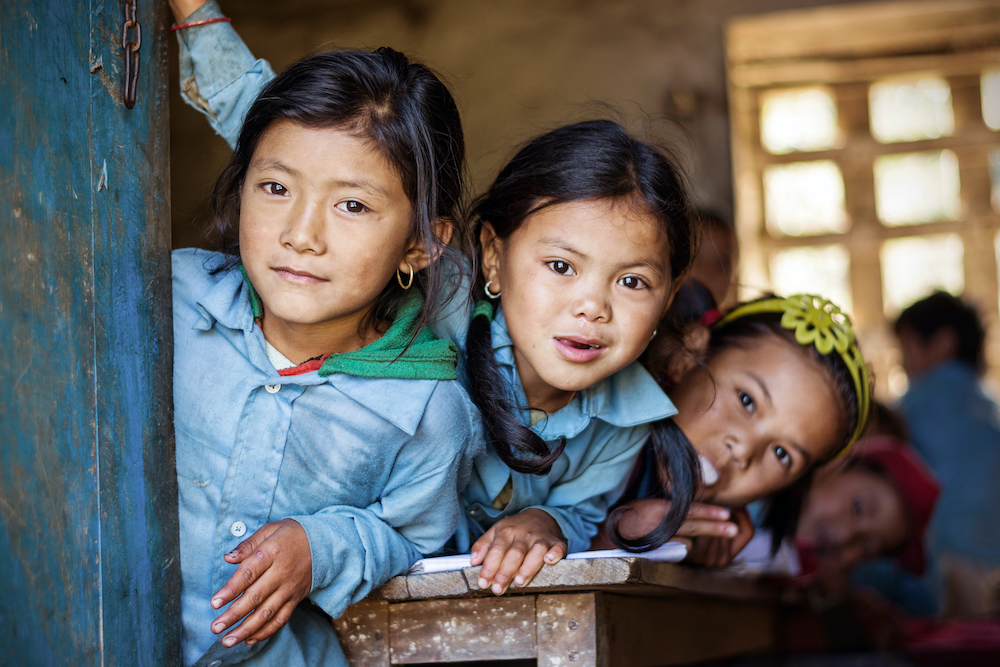 The people of rural Nepal have a beautiful spirit but limited access to medical care. (Pavel Svoboda Photography/Shutterstock)
Environmental

The Serenity and Danger of Childbirth in Nepal

In some places in the Himalayas, doctors are few and hospitals are far, far away
BY Peter Weiss TIMEMarch 15, 2022 PRINT

I don’t remember her name, but I do remember her courage. We had all our gear packed, and we were ready for our caravan to take us back to “civilization.” Our guide received a call that a woman was about two hours out and badly needed to see the “doctor” who she heard was visiting from America.

We had an eight-hour trek by car ahead of us in our Tata Jeeps, driving down what was nothing more than a goat path. Travel time in this part of the Himalayas, in Nepal, is measured by walking. This woman was two hours away by foot, not by car; she had been already walking for six hours trying to get to us. It’s fascinating that travel time here is measured by walking, and yet there is better cell reception than I have at home.

I spent almost three weeks in Nepal in the spring of 2014 as a guest of One Heart Worldwide, a truly amazing organization dedicated to helping establish safe birthing sites in third-world countries. Arlene Samen, the founder, has a special heart for Nepal, and her work is literally blessed by the Dalai Lama.

By comparison, the maternal mortality rate in the United States, according to Statista, was 17.4 per 100,000 live births in 2020, while that of Norway was 1.8 per 100,000 live births. There are a lot of reasons for the differences in maternal mortality rates between countries, drug abuse being a key factor for the United States.

Of course, we said we would wait for this woman. The only limitation I had was that, while I was a guest in Nepal and could observe health care and its services, I was forbidden to provide any health care whatsoever.

One Heart Worldwide helped establish such simple concepts as a clean and safe birthing site for women in the countryside. They would teach local women the basics for a safe delivery, and these women would be the health and delivery providers for their community. Many women’s lives and that of their newborns were saved because of their work.

While we waited, I was reminded of another situation where a father brought his 16-year-old daughter to see the “foreign doctor.” This occurred while we were waiting for our flight from a small town on the Indian border back to Pokra, the regional center, where so many Himalayan treks begin.

The poor man saw us at the small airfield and approached us with a sad and pleading demeanor. This poor young woman was obviously very ill; she looked jaundiced and had ascites (a significantly swollen abdomen from abnormal fluid collection). I didn’t examine her—I wasn’t allowed—but the father did have some lab tests with him from a local clinic.

The father told us she was raped about two years ago and soon after got sick. She had what looked like obvious liver failure to me, from hepatitis C, as her lab tests showed deadly elevated liver enzymes. There was nothing we could do; there was only a sliver of hope if she could get to Kathmandu. Our guides spoke with the man and daughter and arranged for their transportation to the capital.

Nepal is an amazing place with amazingly strong and kind people, whom we all fell in love with. We had two absolutely fantastic guides, Suraj and Surya. These two devote their lives to helping their countrymen and women.

It was getting late, and we had to leave soon. No one wanted to drive down through this mountain goat path at night, not even the drivers. When this woman arrived, the local “provider” determined that she had been in labor for well over 24 hours, and the woman felt something was wrong. The baby was “not coming down the canal.” Even this poor woman and her companion knew she would need a Cesarean section, and they thought we were their best hope. The only solution was to take her with us, and hope we could get to the local hospital in time. We left a few bags behind and made room.

While in Nepal, I met with the director of the Nepal Obstetrics and Gynecology Association in Kathmandu, as well as doctors in smaller town hospitals and clinics. Some of the smaller town hospitals were frightening from a spoiled Western perspective, with blood-stained walls, limited supplies, wards filled with patients, and clinics overpacked with lines of patients going out the building. But there was also a serenity and appreciation that’s hard to describe. It reminds me of Albert Einstein and his theory of relativity. Basically, we need to have some comparison to realize and appreciate what we really have.

The eight-hour drive was daunting, especially for this poor woman, who was stoic and brave. While I was sweating and scared as one of our back tires screeched over the ledge on this goat path road, she just looked at peace as I looked down the side of the mountain.

My wife and eldest daughter (23 years old at the time) had joined me on this life-changing journey. We made it down to the local hospital in about eight hours, where there was a physician waiting for us at the local hospital. We left the woman there, in good hands, as we needed to continue before nightfall. Later that night, we heard she did indeed get a Cesarean and had a healthy baby boy.

The vast majority of births in Nepal are “natural,” with no need for a Cesarean. The work of organizations such as One Heart Worldwide helps ensure those safe deliveries.

Visiting Nepal was indeed a life-changing experience from many different perspectives. We have to appreciate what we have and always be willing to help our fellow human beings.

As President Ronald Reagan said, “We can’t help everyone, but everyone can help someone.”