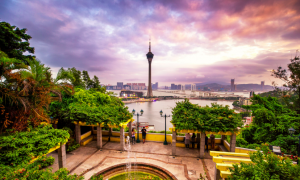 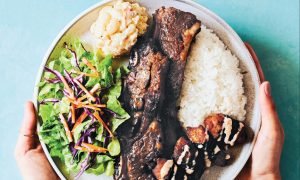 The Aloha Plate: What Is Local Hawaii Food?
0 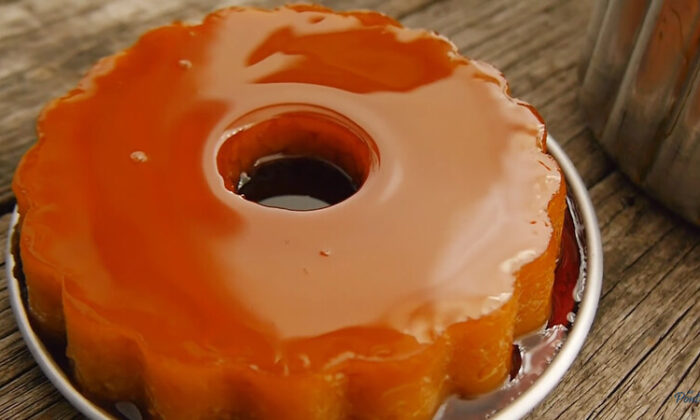 Pudim abade de Priscos, gleaming in its caramel coat. (No Ponto via Wikimedia Commons/CC BY 3.0)
Recipes

The Secret of the Abbot’s Pudding: Pork Fat and Port Wine

I took my first bite and felt the creamy, full-bodied pudding melt across my tongue, with such a richness that left me wondering if I really wanted to move on from the incredible moment. Alas, I did not, so I moved in quickly for another lingering spoonful. The sweetness made my cheeks tingle, and I turned to my tour guide with my eyes wide.

He laughed. “There is a defibrillator in the back as well.”

André Apolinário of Taste Porto is passionate about the food and drink in his city, and leads walking tours that might burn off some, but not nearly all, of the calories accumulated along the way. The grand finale of this particular tour had brought us to Monstra Nacional Doçaria de Portugal, a sweets bakery where, on a small plate before me, a perfectly formed pudding gleamed in a syrupy coat. One might mistake the tiny flavor bomb for crème caramel, but then again that delicious dessert does not contain pork fat.

“It’s cholesterol and diabetes in just one bite,” Apolinário said. After a pause to think, he described the tasting experience as “intense.”

Where did such a sinfully rich dessert come from? Ironically, the pious and humble kitchens of the nation’s monasteries and convents.

In the 15th century, when cane sugar became available in Portugal, these religious communities created recipes that would come to be known as doces conventuais, or convent sweets. Pudim abade de Priscos, the abbot of Priscos’s pudding, is but one of them.

Another is the classic Portuguese pastéis de nata—a blistered, caramelized egg custard in a crispy, flaky pastry—first produced by the monks of Jerónimos Monastery in the parish of Belém in Lisbon. The original recipe remains a secret held by a single family bakery a couple of blocks away, which first produced them in 1837; their pastries are trademarked pastéis de Belém.

Yet another common sweet is the Jésuita: Named for its similarity to the frock of a Jesuit, these layered puff pastries are triangular, with egg cream and almonds inside and a sugary glazed shell on top.

The list is long and varies by region, but central to all convent sweet recipes are egg yolks and sugar.

As Apolinário explained, “According to the Benedictine code of conduct, the monks had to be industrious”—hence the baked goods in Portugal, and cheeses and beers in other monasteries of Europe. But they also were compelled not to let anything go to waste.

“They always used eggs—[they] used whites as starch [for their clothes] and to purify white wine.” True: Egg whites contain the protein albumin, which bonds with tannins and settles out, clarifying the wine. So what to do with all those yolks? Father Manuel Joaquim Machado Rebelo had an answer.

The Making of the Abbot’s Pudding

Born in 1834, Rebelo took an early interest in theology, and after studying at a seminary in Braga in northwestern Portugal, he received his ordination as a Catholic priest. He’d eventually become the abbot of Priscos, a parish near Braga.

While inclined to the arts, Rebelo—a photographer, embroiderer, and writer of morality plays—became best known for his culinary genius, applying his knowledge of French cuisine to the Portuguese kitchen. He stunned the king, queen, and prime minister with his feasts, both in their dishes and their presentation, but kept most of his recipes secret.

The pudim that now bears his title comes to us not from royal history or official records, but from a school lesson, when he was asked to present a recipe to young girls at a convent elementary school: a caramel-capped molded custard made with an unusual number of yolks and two very unusual ingredients—pork fat and port wine. The fat gives it a velvety texture, and the wine, plus lemon zest and a bit of cinnamon, complement the rich custard.

Letting that secret out, as well as the absurdly rich nature of the dish, would place Rebelo firmly in the pantheon of Portuguese cuisine.

So perhaps you use a lot of egg whites? Maybe for healthier omelets, fluffy waffles, meringue, or serious whiskey sours? If you find yourself accumulating a lot of yolks, this pudim is the recipe for you. The typical recipes I found called for 15 of them, to make about 18 small servings.

In order to cook the pudding slowly and evenly, the process employs a bain-marie or hot-water bath—slightly different from a stovetop double boiler, which suspends a cooking pan above boiling water for steam heat. The bain-marie is done using a large pan filled with hot water, into which smaller dishes—such as ceramic ramekins for custards—are placed before the whole thing goes into the oven.

The hot water, poured to a level about halfway up the sides of the ramekins, provides a steady temperature evenly distributed through the smaller vessel. The process also creates steam within the oven, which heats the tops of the custards more gently than dry hot air, thus preventing cracks from forming in the exposed surface.

While simply reading this recipe may harden your arteries, it should be noted that the good abbot lived to be 96. And hey, it’s lactose- and gluten-free, right?

Preheat the oven to 480 degrees F.

Start by making the caramel: Place the 7 ounces of sugar in a small pan on high heat. Stir the sugar continuously as it melts and becomes golden caramel. Before it cools and hardens, spread this quickly around the entire inside surface of the ramekins.

In another pan, mix the water, 14 ounces of sugar, lemon peel, cinnamon stick, and lard pieces. Boil at a high temperature until it reaches about 215 degrees F, or the “ponto de fio.” Test the syrup by taking a small spoonful, letting it cool enough to touch, and placing your pinched thumb and forefinger within. Pull your fingers apart, and if the syrup is ready, it will make a tiny fio, or thread, of sugar between them.

Remove from heat and let it cool, enough that you can touch it without burning yourself (and that it won’t give you scrambled eggs when you add them), but before it thickens too much to work with. Mix the egg yolks first with the port, and then add to the cooled mixture.

Divide this mixture among the 18 ramekins and place them in large, deep baking pans. Pour hot water into the pans, about halfway up the sides of the ramekins, and transfer to the oven. Bake until the puddings are set, about 40 minutes.

Remove from the water bath and allow them to cool to room temperature before using a knife to loosen and remove them from the ramekins and set them inverted on a small serving plate. Serve them at once or chill them a bit for later.