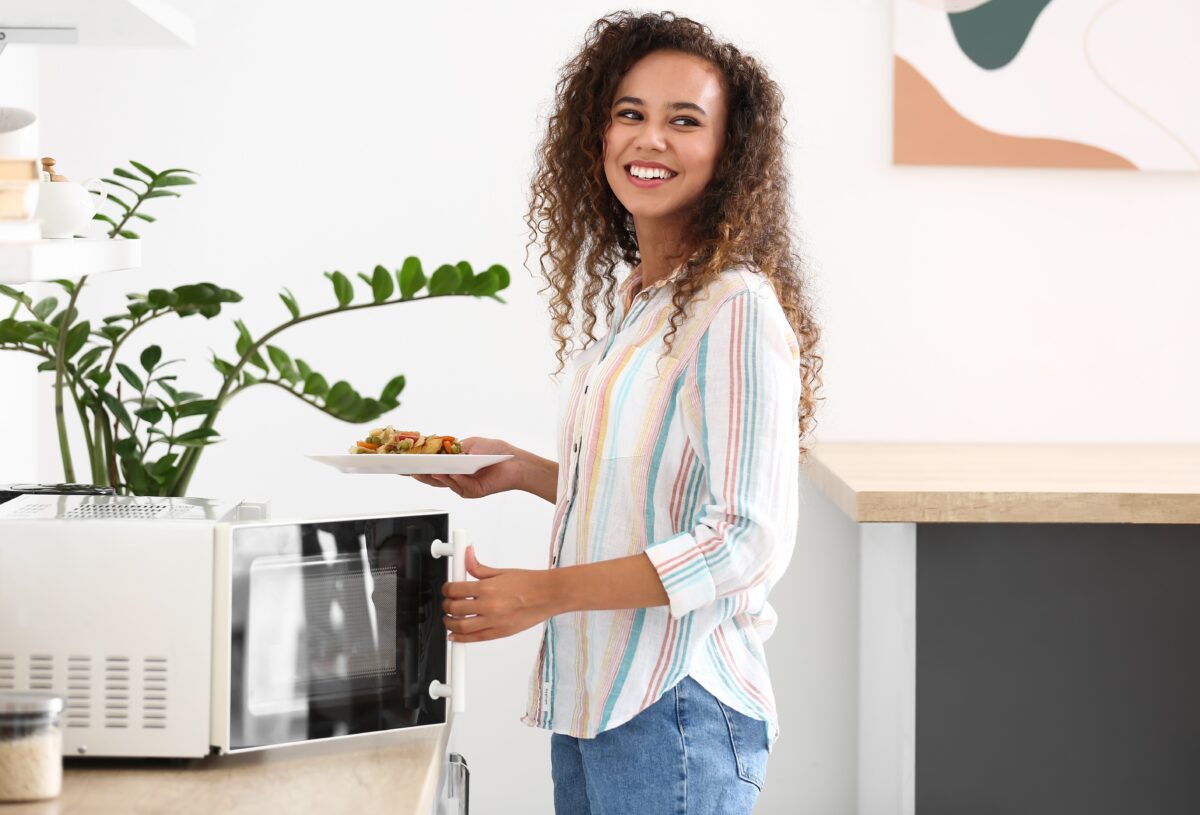 The Scoop on Microwaves

It didn’t take long for the microwave oven to become a must-have home kitchen appliance, much less an expected fixture anywhere food is prepared — restaurants, break rooms, dorm rooms, even man-caves —to thaw, heat and cook to near instant gratification. Yet, a reputation as “nuking” or “zapping” food has cast a dark shadow on this radiation emitter. While health experts — and the Food and Drug Administration (FDA) — stand behind its safety, it’s important to draw the line between myth and fact when it comes to health and safety concerns.

Microwave ovens convert electricity into microwaves — a type of electromagnetic radiation — that are reflected inside the ovens’ metal interior, and are absorbed by food. The microwaves cause water in the food to vibrate, which produces the heat that cooks the food.

Contrary to the belief that microwaves cook from the inside out, they actually heat the outer layers, which transfer heat to the inner portions. And, most of us know from experience that microwaved foods are not cooked evenly. Cold and hot pockets are a hallmark of this convenience appliance, but as long as foods are adequately cooked, warmed, or cooled enough before they’re consumed, it’s a non-issue.

There are several things microwave users can do to ensure safe and healthy microwave cooking. When used correctly, microwave ovens are generally safe. Although more people have experienced burns related to use, the emission of radiation has been a real concern, though cases of injury from radiation are rare. Since 1971 (microwaves were commercially launched in 1947), the FDA has regulated the amount they can emit over an oven’s lifetime to a level it has established as safe. And, as an additional precaution, the FDA requires two systems of backup security and monitoring to shut down the microwave if a system dysfunctions or a door opens while in use. Proper maintenance and use, as well as standing away from a microwave in use — which significantly reduces radiation exposure — are the best practices.

Compared with other types of cooking, microwaves use less energy than conventional cooking methods. Microwave ovens cook foods faster and their energy goes only toward heating the food, not the whole oven space. According to the Energy Star program (which rates the energy efficiency of appliances) microwaving small food portions can save as much as 80 percent of the energy a conventional oven would use. Less time and energy mean they are less expensive to use, as most households use them mere minutes in any given day. Microwaves have been called a cleaner, more sustainable form of cooking that has a relatively long lifespan of around 12 years before needing to be replaced.

Cooking food in the microwave does not reduce the nutritional value any more than conventional cooking. Some studies have even shown that microwave cooking retains food nutrients better. There are some vitamins and nutrients that break down when exposed to heat, no matter the heat source, but because foods are microwaved for such a short time, the microwave does a better job at preserving them than many other forms of cooking, such as a conventional oven.

Adding water when cooking vegetables is another way some vitamins and nutrients are lost. When the heat breaks down the nutrients, they are lost as they leach into the cooking water. Using as little water as necessary, such as when steaming, helps preserve nutrients better. Steaming vegetables in the microwave should be quicker than stovetop steaming, so the microwave may still be the better choice. Because it cooks food in the shortest amount of time and can effectively do so with a minimal amount of liquid when cooking vegetables, the microwave can be an energy efficient, healthy cooking method.

Occasional cooking with a properly maintained and used microwave is not likely to cause harm or threaten health — in fact, it may boost it and save energy too. So, go ahead and continue to enjoy the convenience of this 20th century timesaver — but definitely within reason and precautionary measures.