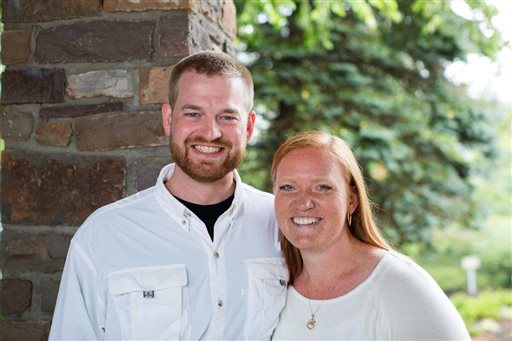 Dr. Kent Brantly and his wife, Amber. Brantly became the first person infected with Ebola to be brought to the United States from Africa. (AP Photo/Samaritan's Purse)
Ebola

The Recovering Americans and the ‘Top Secret’ Ebola Treatment (Video)

Because Ebola is notoriously incurable (and the strain at large its most lethal), it is overwhelming to hear that “Secret Serum Likely Saved Ebola Patients,” as we did this Tuesday morning from Dr. Sanjay Gupta’s every-20-minute CNN reports. He writes:

“Three top secret, experimental vials stored at subzero temperatures were flown into Liberia last week in a last-ditch effort to save two American missionary workers [Dr. Kent Brantly and Nancy Writebol] who had contracted Ebola, according to a source familiar with details of the treatment.”

The “top-secret serum” is a monoclonal antibody. Administration of monoclonal antibodies is an increasingly common but time-tested approach to eradicating interlopers in the human body. In a basic monoclonal antibody paradigm, scientists infect animals (in this case mice) with a disease, the mice mount an immune response (antibodies to fight the disease), and then the scientists harvest those antibodies and give them to infected humans. It’s an especially promising area in cancer treatment.

In this case, the proprietary blend of three monoclonal antibodies known as zMapp had never been tested in humans. It had previously been tested in eight monkeys with Ebola who survived—though all received treatment within 48 hours of being infected.