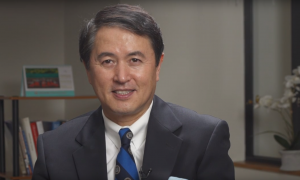 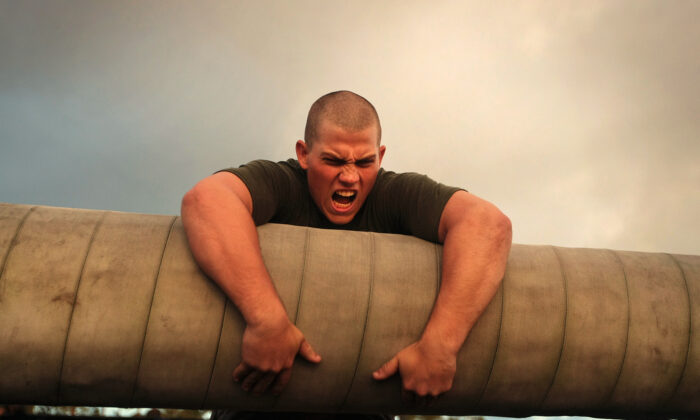 Life is difficult and those who endure the hardship are strengthened by it. (Flickr)
Mind & Body

The Power of Perseverance

continued effort to do or achieve something despite difficulties, failure, or opposition: the action or condition or an instance of persevering: steadfastness

Perseverance. It’s not something we’re really taught, and sometimes we’re not even sure we have it—until we’re called upon to dig deep and find it.

For me, one of those times was during my medical training. Before starting medical school, I knew it would be tough, but little did I know just how tough. Between medical school, internship, and residency, I endured things that I would have previously said I could not.

Training required sacrificing time with family, having long days and late nights—and even nights with no sleep at all. It required learning and regurgitating massive amounts of information with a sleep-deprived brain, working while having pneumonia so as not to burden others with my responsibilities, being humiliated and yelled at by residents and attendings, and being threatened by patients “who knew people.”

Training in inner-city Philadelphia meant that murders, stabbings, robberies, and drug overdoses were the norm. There was even a bombing at the 7-Eleven down the street. Security had to frequently be called to deal with a belligerent patient, or walk us to our cars when our shifts were over.

Most days during internship, I was too busy to even take a two-minute bathroom break, let alone stop for food or water. With the motto of “see one, do one, teach one,” I had to learn, on the spot, how to inject, poke and prod patients by day, while by night, I had to learn, with only one other equally scared intern, how to manage a floor full of ill patients. My program was known to be hardcore, and this was part of being “thrown into the fire,” as they called it.

While going through it all, there were times when I questioned if I could make it. But I didn’t let my mind think too much on it. I just did what I had to do.

Looking back, I’m not even sure how I did it. The important thing is, somehow, I did.

I don’t attribute it to being intelligent or book-smart, to being savvy or having common sense, nor to any special gift.

I attribute it to perseverance.

What Perseverance Is Not

Psychologist Angela Duckworth, professor at the University of Pennsylvania and author of Grit: The Power of Passion and Perseverance, likens perseverance to grit. Grit, she says, is “passion and perseverance for long-term goals.”

Let’s first consider what perseverance, or grit, is not. Duckworth says, “Grit isn’t talent. Grit isn’t luck. Grit isn’t how intensely, for the moment, you want something.”

It’s said that perseverance is one of the greatest attributes a person can possess.

In fact, religions tout its virtue. The Bible says, “And not only that, but we also glory in tribulations, knowing that tribulation produces perseverance; and perseverance, character; and character, hope” (Romans 5:3-4), while the Buddha declared, “Endurance is one of the most difficult disciplines, but it’s to the one who endures that the final victory comes.”

Perseverance, or grit, implies a certain ruggedness, a mental toughness, an ability to suffer and endure the most difficult of hardships. It’s the ability to get up, brush yourself off, and find a path forward, despite what the naysayers may say, and even what our own minds may say.

Perseverance is trusting in the face of uncertainty and seemingly insurmountable odds. It’s a belief that sometimes defies logic and reason—a lesson Jedi Master Yoda teaches young Luke Skywalker in the iconic Star Wars movie “The Empire Strikes Back.”

To demonstrate the error in Luke’s thinking, Yoda telekinetically lifts Luke’s starship from a murky swamp. Luke, who believed his ship was hopelessly lost, exclaims, “I don’t believe it!”

“That is why you fail,” Yoda replies.

It’s Good for Your Health

Not only does perseverance help us achieve our goals, it also improves our health.

A study published in the Journal of Abnormal Psychology, which followed thousands of Americans over an 18-year period, found that those who had higher levels of perseverance and optimism had less depression and anxiety than their counterparts.

“Our findings suggest that people can improve their mental health by raising or maintaining high levels of tenacity, resilience, and optimism.”

Perseverance can also help us stick to healthy routines, such as eating a good diet or exercising. And while even those who are determined may fall off track, they pick themselves up and get back to it.

People who are determined are also more likely to push through pain or other challenging health problems and still achieve their goals.

Drawing Inspiration From Others

We learn the skill of perseverance through practicing it and through watching others demonstrate determined behavior.

In fact, the best way to instill persistence in our children may be to model it ourselves. A study in Science looking at 15-month-old infants discovered that “seeing just two examples of an adult working hard to achieve her goals can lead infants to work harder at a novel task relative to infants who see an adult succeed effortlessly.”

Not only can we draw inspiration to persevere from direct observation, but we can also draw it from the stories of others.

Of course, in Edison’s view, he had not failed 10,000 times, but rather proven 10,000 ways his invention wouldn’t work, before finally discovering the one that would. He viewed his numerous attempts as stepping stones, famously saying, “Many of life’s failures are people who did not realize how close they were to success when they gave up.”

President Abraham Lincoln showed undaunted perseverance during his lifetime, losing elections eight times before becoming president of the United States. The Biblical figure Job went from prosperity to suffering unimaginable hardships, which he endured thanks only to his unwavering faith and perseverance. And I recently wrote an Epoch Times article on family friend Larry Cluff, who has shown tremendous determination in the face of living with brain cancer.

Our first president, George Washington, was known for uncommon valor and his dogged determination to see the American experiment succeed. The Revolutionary War was marked by setbacks on and off the field, but his tireless efforts to train and lead the Continental Army led to success over what was commonly held to be the superior forces of Great Britain.

Even nature offers lessons in perseverance, whether it be the slow drip of mineral-rich water over centuries to form stalagmites and stalactites, the emergence of a sprout of pale green grass after a forest fire, or the slow formation of a diamond from a piece of coal due to nothing more than pressure and time.

In the words of our 30th president, Calvin Coolidge, “Nothing in the world can take the place of persistence. … Persistence and determination alone are omnipotent. The slogan ‘press on’ has solved, and always will solve, the problems of the human race.”

Putting It Into Practice

They say what doesn’t kill you makes you stronger.

When we persevere, we develop the capacity to face and endure life’s challenges. Like all things, the more we do it, the better we get.

So what are some ways we can strengthen our perseverance?

First, we should know our core values. By having a strong moral compass, composed of honesty, integrity, and ethical behavior, we will be filled with the conviction needed to help persevere in the face of hardship. When our starting point is upright, we can better develop an uncompromising resolve and ability to look at the big picture, always reminding ourselves of what matters most.

Next, take action, even if it’s just a small step. We can then use small victories as well as past successes to strengthen our resolve.

It’s also important not to overthink things. I know I’ve sometimes suffered from “analysis paralysis,” something which can lead to our minds defeating us. Remember, we don’t have to believe everything we think. If our thoughts aren’t aligning with who we want to be, we should work to eliminate and replace them.

Being consistent and keeping a schedule also helps, rather than doing things only when we feel motivated. This requires self-control and resisting temptation despite what we may think we want in the moment.

We must also face our fears and push through them. While our first instinct may be to run away, how will we ever learn to overcome fear if we strive to avoid it? Staying optimistic in the face of fear and hardship, while learning from the negative and working to improve ourselves, is also important. This is where self-reflection is critical.

One thing we should never do is become trapped in discouragement. We must manage our frustrations and worries, and control our thoughts and actions. It’s also important that we take responsibility for our actions, otherwise we’ll feel detached rather than truly invested, making perseverance impossible.

Reflecting Back and Looking Ahead

Though I didn’t realize it at the time, my hardships taught me not only how to persevere, but that I can persevere. As difficult as things may get, I’m grateful for the lessons. My hardships have tempered me, strengthened me, and helped mold me into a better person.

I draw inspiration from the founders of our great nation, who endured incredible hardship and exhibited tremendous perseverance. They held an unshakable belief in their cause—because theirs was a cause based on not only strong moral convictions, but a deeply held faith in our country and, more importantly, our Creator.

May we each show the same courage and unwavering determination to do what’s right and hold on even when we think we cannot. May we never lose hope—even in the face of overwhelming difficulties.

As we enter a new year and reflect upon where we would like to improve, making perseverance a regular part of our lives would serve us well, and make for a great New Year’s resolution.

Let us end with some inspiration from a bit of Rudyard Kipling’s poem, full of wisdom, “If.”

”If you can force your heart and nerve and sinew, To serve your turn long after they are gone, And so hold on when there is nothing in you, Except the Will which says to them: ‘Hold on!’”

Tatiana Denning, D.O. is a preventive family medicine physician and owner of Simpura Weight Loss and Wellness. She believes in empowering her patients with the knowledge and skills necessary to maintain and improve their own health through weight management, healthy habits, and disease prevention.