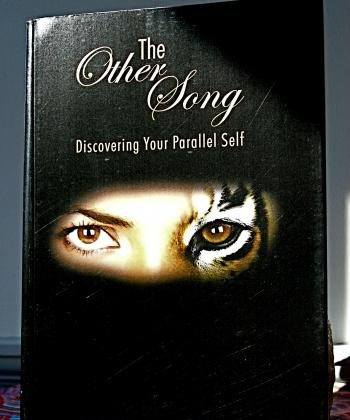 KNOCK, KNOCK: Who else is there? (Louise Valentine/The Epoch Times)
Mind & Body

Book Review: ‘The Other Song’

By William F. McCoy
Print
“The Other Song,” by Dr. Rajan Sankaran, is a book for the public regarding his system of homeopathic medical practice.

“The Other Song” refers to the fact that within each of us there exists a human and a non-human “song.” The human song refers to ourselves when we are in a normal state. The non-human song, which is always with us, can be that of a plant, mineral, or an animal. The other song is frequently more evident during periods of stress.

A human song is harmonious. So are the plant, mineral, and animal songs. However, when the human song and the non-human song are playing together, the result is discord. That discord leads to illness.

The aim of treating a patient homeopathically with Dr. Sankaran’s method is to turn down the volume of that plant, mineral, or animal that is playing within us. When that is done, health returns.

Through careful questioning, the homeopath can discern from which kingdom the other song is playing. Then, through further questioning, the specific plant, mineral, or animal can be discovered.

This method of inquiry takes patients to a very deep state, beyond the intellect, to the core of their being, from which patients frequently express their state with hand gestures rather than words. In this semi-hypnotic state, patients often can express and describe the other song quite clearly.

Also, the reaction pattern of the patient can be determined, indicating his perceived nature of the illness, in ten categories ranging from panic to optimism to hopelessness.
These reaction patterns help to find remedies after the kingdom is discovered.

The issue with plants is the patient’s hypersensitivity and reactivity.

The issue with minerals is the patient’s structure and the formation and challenges to the integrity of that structure.

The issue with remedies in the animal kingdom is that of competition, comparison, and survival, which is brought out by a patient’s speech, including his talk of being a victim or an aggressor.

After determining that a patient needs a plant remedy, the homeopathic physician determines the family of plant and then finds the specific plant.

If the patient needs a mineral remedy, the homeopath determines the row and column of the periodic table in which the mineral is found.

If a patient needs an animal kingdom remedy, the homeopath determines the sub-kingdom and then finds the precise animal.

For example, a patient came to Dr. Sankaran with urticaria [hives]. She personified the illness that she felt was persecuting her and said that it hit her like a “punch.” She felt victimized by the illness and her life situation.

She was also verbally abusive to her husband and in-laws. From her expressions of being a victim, her competition with and jealousy of other family members, and other facets of her case, it was determined that she needed an animal kingdom remedy.

As the interview proceeded, she expressed that she really didn’t like insects, especially bees. She received a homeopathic dose of bee, following which her skin ailment went away, her perception of her life situation changed, and she became a more considerate and caring person to her spouse and in-laws.

Dr. Sankaran’s approach is the greatest single advance in homeopathic medical practice in the last century.

“The Other Song” is an introduction to this new approach.