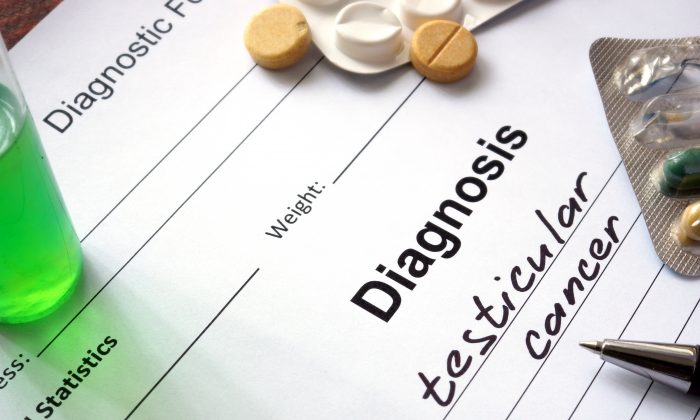 When women feel a lump in their breast, they usually seek medical attention within a few weeks. Yet men who notice something abnormal in a testicle typically don’t see a doctor for two to three months.

“I think part of it is the macho man complex – that everything is fine,” said Dr. Jay Raman, chief of urology at Penn State Health Milton S. Hershey Medical Center. “Then you add on top of that the fact that it is a sensitive area, and they may have some embarrassment about it.”

Men who know about testicular cancer may also be freaked out by the idea that surgical removal of the affected testicle is the best way to cure the disease. “So they wait to see if it gets better on its own,” Raman said. “But sometimes they wait and wait until they’ve waited too long.”

When found early and still confined to the testicle, testicular cancer is highly treatable and curable, with a 99 percent survival rate five years after diagnosis. It is also rather uncommon, with only about 9,000 new cases diagnosed in the U.S. each year.

It is rather uncommon, with only about 9,000 new cases diagnosed in the U.S. each year.

The problem is that the cancer develops by mutation of the germ cells, which are most active during prime reproductive years of 20 to 35, and men in that demographic are the least likely to seek medical attention for any reason.

The risk factors – being Caucasian and having a history of a testicle that didn’t descend when younger – are not preventable, so the best way to combat them is to be aware of the risk and symptoms.

Raman recommends all men do regular testicular self-exams at least every six months.

“What you are feeling for is that both testicles have the same contours – relatively smooth and soft, kind of the consistency of a hard-boiled egg or the palm of your hand,” he said. “If you notice anything firm, or lumps or bumps – something that is different on one side than the other – you should seek medical attention right away.”

“Probably one of the reasons the cure rate has gotten better in the past 20 to 30 years is that the chemotherapy drug regimens we have to treat it have improved significantly,” Raman said.

Those who develop testicular cancer may find that it compromises the function of the healthy testicle, depressing fertility. Once the mass is removed, fertility improves. Men with only one testicle can typically have children without any problems. For those whose cancer has spread and need chemotherapy or radiation treatment, Raman often recommends banking sperm since those treatments can kill remaining germ cells and affect fertility.

“The most important thing to know is that cure rates are directly tied to how early you find it,” Raman said.