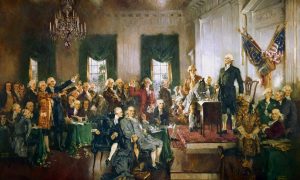 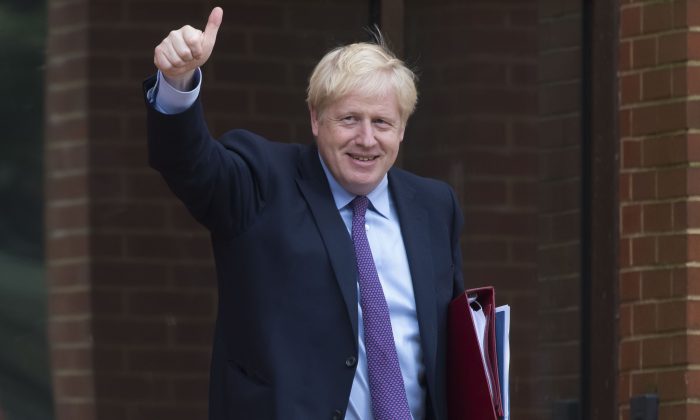 In July 2019, Boris Johnson, the leader of the Conservative Party became prime minister of the United Kingdom. Johnson has stated that he will honor the Brexit Referendum of 2016 and leave the European Union, even if that means a “no-deal Brexit.”

Some may also be aware that Johnson is a colorful character. He is well-known for his wit, his sloppy dress, his bicycle riding, his sometimes unconventional personal life, his stunts as mayor of London, and like Donald Trump, for his hairstyle, which in Johnson’s case means long, intentionally ruffed, blond hair that we must assume is dyed.

His biographer, Sonia Purnell, writes that Johnson “is blessed with immense charisma, wit, sex appeal, and celebrity gold dust; he is also recognised and loved by millions—although perhaps less so by many who have had to work closely with him (let alone depend on him). Resourceful, cunning and strategic, he can pull off serious political coups when the greater good happens to coincide with his personal advantage but these aspirations are rarely backed up by concrete achievements, or even detailed plans.”

What many may not know is that Boris Johnson is the author of the 2014 book “The Churchill Factor: How One Man Made History.”

In this eminently readable and witty biography, we find a great fan of Churchill. Johnson addresses Churchill’s many political failures—the disaster at Gallipoli, the return to the gold standard, his misjudgment over Indian self-government, and the abdication crisis, among others—but then writes that Churchill “was associated with so many epic cockups—because he dared to try to change the entire shape of history. He was the man who burst the cabin door and tried to wrestle the controls of the stricken plane.”

When we think of Churchill’s great deeds, we remember, of course, those dark days of the early years of World War II, when the Nazis had conquered so much of Western Europe and England stood alone against Hitler. We think of Dunkirk, the Battle of Britain, and the Blitz, and of the bulldog Englishman with the trademark cigar and antique dress who embodied the spirit of British resistance, who vowed never to surrender.

But as Johnson points out, Churchill left his stamp, for good or ill, on our modern world in other ways. He had a hand in the founding of the English welfare state. He detested the Russian governance of Eastern Europe, coined the phrase “an iron curtain” to describe that odious repression, and helped spark the resistance that would eventually lead to the fall of the Soviet Union.

Even before World War II, he called for a “United States of Europe,” though according to Johnson and others, he would have vigorously protested the current state of the European Union.

Finally, he helped create the countries of today’s Middle East, including the state of Israel.

Johnson brings a solid knowledge of Churchill and his times to this biography. His prose is crisp and clear, he frequently injects humor into his narrative, and he bounces from recounting history to sharing his own experiences and impressions when visiting such sites as the grave of “Woom,” Churchill’s beloved nanny; that patch of blood-stained earth in France where Churchill served in World War I; and the underground chambers in London from which Churchill directed the war against the Nazis.

More than 100 biographies of Churchill, including those books written by Churchill about himself, record the life of this man of whom Johnson writes that “there has been no one remotely like him before or since.” What sets “The Churchill Factor” apart from all the others, of course, is the fact that Boris Johnson is now himself prime minister.

Both men have an American connection: Churchill’s mother, Jennie Jerome, was an American, and Boris Johnson was born to British parents in Manhattan. Both men practiced the craft of journalism. Both are immediately recognizable by their eccentricities of dress: Churchill with his bowlers and bow ties, Johnson with his rumpled dress and disheveled hair, as if he has just risen from a night’s sleep. Like Churchill, Johnson has a need to be in the public eye and seeks constantly to advance himself, and so, like Churchill, he has faced charges of political opportunism. And like Churchill, Johnson is generally popular with the public, in part for being unlike other politicians.

And then there are the differences between them. Churchill was a man always on the go, writing millions of words over his lifetime, always involved in politics but at the same time producing 539 paintings as an amateur artist, laying brick at his home, and faithfully loving his wife, Clementine.

Johnson has written books other than “The Churchill Factor,” but he has a reputation for being disorganized and at times lazy. He has twice married and twice divorced, and now has his girlfriend, Carrie Symonds, 24 years his junior, living with him at 10 Downing Street.

Like Churchill, Johnson stands at the helm of a government facing a crisis: Brexit. Will Britain remain in the European Union? Will negotiations permit a leave-taking? Or will, as Johnson has threatened, Britain simply walk away from that Union?

In “The Churchill Factor,” Johnson has carefully examined the leadership of Britain’s greatest prime minister. In his chapter “The Making of John Bull,” Johnson writes of Churchill that “he knew how to project his personality, and the war called for someone who could create an image of himself—decisive, combative, but also cheery and encouraging—in the minds of people.” Like Churchill, Johnson knows how to project his personality.

He then writes: “With his ludicrous hats and rompers and cigars and excess alcohol, he contrived physically to represent the central idea of his own political philosophy: the inalienable right of the British people to live their lives in freedom, to do their own thing.”

Whether the British people will continue to live their lives in freedom, to do their own thing, now depends on Boris Johnson. From “The Churchill Factor,” we know what qualities Johnson admires in a leader. In the coming months, we will see whether that admiration transforms itself into action.