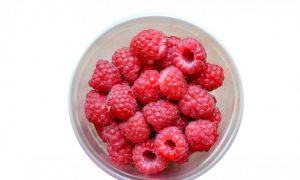 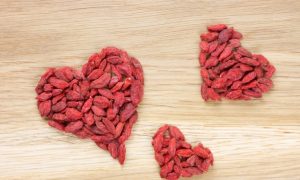 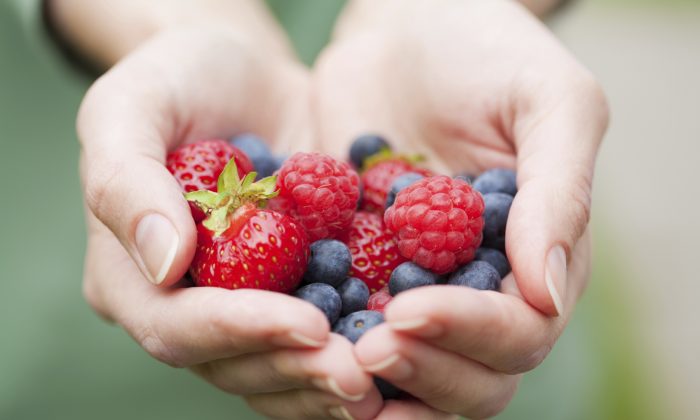 The Incredible Health Benefits of Berries

How can one food group offer so many incredible health benefits, from preventing heart attack, stroke and dementia to protecting you from the flu? The answer is phytonutrients, and berries are simply loaded. Reading this “berry primer” will have you snatching them by the handfuls.

As the rock stars of the fruit kingdom, berries are some of the most disease preventive foods on the planet, coveted by our hunter-gatherer ancestors for millennia. Modern science is now revealing why these little red and purple beauties have been so revered—their high levels of polyphenols and other nutrients provide health benefits from head to toe.

Berries boost your immunity and calm inflammation because they’re packed so full of antioxidants, vitamins and fiber—in fact, they contain some of the highest antioxidant levels of all foods. Berries protect your heart and brain and slow down aging—and they’re a cancer cell’s worst nightmare. They’re also lower in sugar than most other fruits so less likely to destabilize your insulin.

You may have heard references to polyphenols, flavonoids, flavanols, anthocyanins, and other technical terms. These can be confusing, so before we get into health benefits, let’s review some basic berry nomenclature to build a foundation for your appreciation.

A berry is scientifically defined as a fleshy fruit produced by the ovary of a single flower, which includes fruits not commonly considered berries such as grapes, bananas, tomatoes, cucumbers, and eggplants—but excluding strawberries and raspberries. Although various horticultural camps disagree about what constitutes a berry, this article will focus on the common culinary classification, what we see at the market labeled as “berries.”

The naturally occurring compounds primarily responsible for berries’ nutritional value are the following:

·      Phytochemicals (sometimes called phytonutrients) are naturally occurring plant compounds with protective or disease preventive properties. The thousands of phytochemicals are divided into three categories: phenolic acids (which are polyphenols), flavonoids, and stilbenes/lignans.

·      Flavonoids are the most diverse group of polyphenols (there are 4,000!). Flavonoids are what give berries and other fruits and veggies their vibrant colors, as well as stellar antioxidant properties. Plants produce flavonoids to protect themselves from parasites, oxidative injury and harsh climatic conditions. Flavonoids benefit more than 200 different diseases with 79 different pharmaceutical actions, including cardioprotective, neuroprotective and antineoplastic. Flavonoids are divided in several subclasses, including flavanols (includes catechins and proanthrocyanidins), flavones, isoflavones (soy), and anthocyanins.

·      Anthocyanins are pigments giving plants (including berries) their deep red, purple and blue colors. The darker the berry, the more anthocyanin it contains. This pigment has significant cardioprotective, neuroprotective and antitumor properties, as well as many others.

Berries and Your Heart

One of the most remarkable gifts from berries is the protection they afford your heart, which results mostly from their anthocyanin content. Anthocyanins support the endothelial lining of your circulatory system by improving blood pressure, reducing oxidative stress and inflammation, enhancing capillary strength, inhibiting platelet formation, and preventing the buildup of arterial plaque.

Women who consume more than three servings of blueberries and strawberries per week were found to have a 32 percent lower risk of heart attack. One cup of mixed berries per day has been shown to lower blood pressure and raise beneficial HDL. Blueberries offer additional protection from type 2 diabetes by stabilizing blood sugar levels and improving insulin sensitivity.

This is Your Brain on Berries…

Berries are some of the best foods you can eat to lower your risk for Alzheimer’s disease and other neurological disorders. A Chinese study found the incidence of dementia (Alzheimer’s, vascular and other forms) was more than 500 percent higher for those who did not consume berries on a regular basis. A team of international researchers reviewed the science of berries’ neuroprotective effects and drew the following conclusions:

·      Berries significantly reduce the risk for multiple types of dementia

·      Black currants discourage the formation of beta-amyloid plaques, which are common in dementia

·      Blueberries are associated with improved memory and learning, as well as reduced radical oxidation species that harm brain cells

The benefits of strawberries for your brain is at least partly explained by a recently discovered compound called fisetin, a flavonol similar to quercetin that’s found in strawberries and several other fruits and vegetables. Research published in Aging Cell found fisetin prevented mice who were programmed to develop Alzheimer’s disease from actually developing it. Pamela Maher’s research team identified numerous ways in which fisetin works on metabolic pathways to reduce age-related cognitive decline, including raising intracellular glutathione levels and reducing brain inflammation, all of which she summarized in a 2009 paper.

If you’re simply feeling blue, maybe you need to EAT more blue! Low dopamine levels can result in depression and other mood disturbances, but anthocyanins and proanthrocyanidins help your brain produce more dopamine. Or try some goji berries, shown to substantially increase feelings of well-being and improve cognitive performance after only two weeks.

There is evidence that berries (particularly blueberries, possibly because they’ve been the most studied) can help protect you from cancer, including breast, colon, liver and melanoma.

Blueberries are found to induce apoptosis (cell death) in virulent breast cancer cell lines. An isolate in blueberries named pterostilbene (related to resveratrol) was shown to selectively kill cancer stem cells and suppress the adverse effects of radiation. In fact, pterostilbene has demonstrated anti-cancer activity against breast, colon, gastric, esophageal and prostate cancers. However, blueberries aren’t the only berries with anticarcinogenic effects. The acai berry shows promise in treating leukemia and colon cancer, as well as supporting overall immune function, metabolism and arthritis. Bilberry inhibits colon cancer and leukemia. Blackberries and black raspberries have been demonstrated to be antiproliferative.

The bottom line is, if you want to capitalize on the healing power of berries, an excellent strategy is to incorporate them into your diet on a daily basis—and the more variety the better. To maximize antioxidant benefits, go organic. One study found that organically grown blueberries have significantly higher concentrations of phenol antioxidants and anthocyanins than conventionally grown, as well as significantly higher total antioxidant capacity.

Each berry has its own special complement of phytochemicals, so add multiple types of berries to your list next time you’re hunting and gathering at your local farmers market.