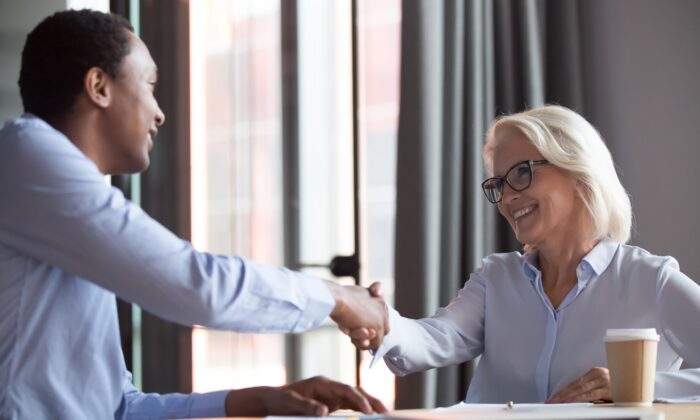 Once we've formed a genuine connection with someone, it is much easier to get to work on our shared goals. (fizkes/Shutterstock)
Life & Tradition

The Importance of Building Rapport

In the mid-90s, I was going through the Special Forces qualification course, and the final exercise is called Robin Sage; the largest role-playing exercise in the world. We were a student team of Green Berets immersed into a fictional nation, Pineland, which was experiencing an insurgency.

An occupation force had moved in, and Green Beret teams were linking up with local partisans, farmers, bakers, and shop owners to help them fight back against the occupation.

Our goal was to advise a local guerrilla force against the enemy. The only problem was that we had not established rapport with the locals. As the team leader, it was my job to meet with the guerrilla chief and convince him to invite us into his camp.

The first couple of times invariably he’d ask me a question about Pineland. I’d mess it up, he would get angry and throw me out. It took time and a radical mindset shift to finally make a connection. This is true for all business leaders, entrepreneurs, and anyone who has to deal with people. We are always faced with situations in which we have to establish rapport.

Rapport is the initial connection in which two parties understand each other and connect. If you don’t develop it, they won’t connect with you, they won’t buy from you, and they won’t invest in you. They’ll keep their distance and it’s going to be hard to close the trust gap.

The reality is that we’re social creatures and we’re not going to do anything unless we have a human connection. History is full of strategic leaders who understood this principle, including T.E. Lawrence, who mobilized an entire Badu nation and defeated the Ottoman Empire. He was highly decorated for valor, but history doesn’t remember him for valor. He’s remembered for the skillset of interpersonal connection that got those tribesmen mobilized to take action.

Active listening, storytelling, interpersonal skills, and being present in the conversation are skill sets that are typically grouped under “soft skills.” It’s sometimes harmful to call these tools “soft skills” because most leaders view that as weak and they push it aside. That’s why I prefer to call them “Lawrencian skills” and they require a very intentional shift in mindset to achieve.

You can use Lawrencian skills to shift your mindset and establish rapport. You need to be able to understand and identify what it is that allows you to establish rapport with someone very different than you; maybe a client who’s upset, or a client you’re meeting for the first time. Are you practicing that skill? If not, you’re just relying on instinct. Train and prepare for what it takes to build a rapport mindset.

The number of Green Berets who will walk into a key leader engagement without preparation is astounding, yet it’s the most strategic thing that they’ll do on the mission. The same is true with business. Business leaders will walk into a meeting to meet people for the first time and they haven’t prepared. You have to do the homework before the legwork.

The reason that I got thrown out of the guerrilla camp is that I wasn’t trying to meet the chief’s goals, I was trying to sell him on mine. He wasn’t interested in that. Reciprocity drives human action, and we’re not going to feel a reciprocal obligation to do something unless we feel like we’re understood and our goals are being met. So, whether it’s a negotiation for a six-figure deal, a job, or talking to your kids about coming home by curfew, meet their goals, then yours.

It takes an intentional mindset to get to where you can build rapport that results in deep connections and relationships that ultimately culminate in loyalty and reciprocity.