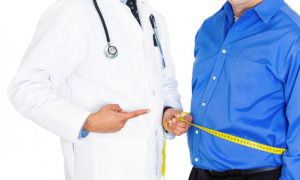 Study finds soda taxes are a partisan issue, but protecting youth is not
By Mary Silver
Print

Soda taxes and soda size restrictions are not the way to combat the obesity epidemic, according to a new study by health policy and communications experts.

The majority of the Americans they surveyed found those measures too intrusive. Opinions about soda taxes also divide along partisan lines, according to study co-author Jeff Niederdeppe, assistant professor of communication at Cornell University. Democrats tend to favor the taxes and Republicans do not.

To learn what kind of policies might be both effective and politically possible, the authors looked at many ways to approach the problem. “We are one of the first studies to look at support for a variety of policies,” Niederdeppe said.

Protecting children from soda marketing in schools, and telling people about the calories in soda, as in the FDA’s newly recommended labels, is something more people can agree on, according to the study, published online this month in the journal Preventive Medicine.

The researchers found the more badly people thought of soda companies, the more willing they were to support restrictions on sodas. The process of changes in public opinion about cigarettes may be relevant to setting policies about sugary drinks, according to Niederdeppe.

Public opinion turned against smoking when it was clear that tobacco companies had conspired to hide how harmful their product was.

Knowing that tobacco companies marketed cigarettes to young people, as with the character Joe Camel, made Americans more willing to restrict advertising of tobacco, and to accept smoking bans.

For example, the Center for Science in the Public Interest (CSPI) described what it called cynical grants from soda companies to charities to mute support for soda taxes. Its report “Selfish Giving, How the Soda industry Uses Philanthropy to Sweeten Its Profits,” describes an exploitive relationship, especially with minority and anti-poverty charities.

“Strategic philanthropy allows the companies to position themselves as part of the solution to the obesity epidemic, despite strong evidence that sugar-drink consumption is linked to weight gain, cardiovascular disease, and other health problems,” according to CSPI.

Protecting children and adolescents is something most Americans want to do. If they thought of beverages as a danger to the next generations, they would want to take action. “Unlike many other health issues like alcohol and tobacco, parents have not yet been mobilized to advocate for policy strategies to change their children’s beverage consumption,” Niederdeppe said in a press release.

The study was funded by the Robert Wood Johnson Foundation Healthy Eating Research Program, according to a press release.