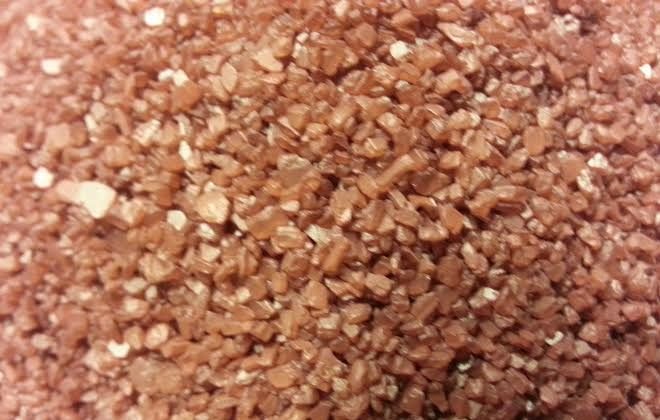 "Let Food Be Thy Medicine and Medicine Be Thy Food." - Hippocrates
Health News

There is so much controversy around salt intake that I thought it well worth the time to write a salt blog.  Many people have been encouraged toward low salt diets because it was believed that there was a link between high salt intake and hypertension. Based upon research reported by the Salt Institute, however, there is “no strong evidence that cutting salt intake reduced the risk of heart attacks and strokes.  In fact, reducing salt to levels recommended by the U.S. government can cause harm and decrease life expectancy.”

The Salt Institute also reports that there can be an increase in insulin resistance with a low salt diet along with higher cholesterol and triglyceride levels.  More falls and a decrease in cognitive abilities have been found in the elderly on a low sodium diet.  While some of these findings are from isolated studies and further research is needed, it provides a beginning to view salt intake in a different light.

Sally Fallon, a prominent nutrition author, reports that less than one and one-half teaspoons of salt a day results in hormones pulling salt from the waste stream with these same hormones making people vulnerable to heart disease and kidney problems.  Her recommendation is in contrast to that of the FDA, which supports dramatic consumption of sodium consumption to one-half teaspoon a day.  One caveat is that some people may be salt-sensitive and excess intake may, in fact, increase blood pressure.

Mark Bitterman in his book, Salted, also emphasizes the importance of consuming salt, stating that  “a rise in blood pressure means that you need to add minerals to your diet, not cut back on salt.  Tragically, the idea that salt is bad for your blood pressure is one of the most generally accepted notions out there.”  He believes that too little salt can be more of a problem in our diets than too much.  When adding salt to the diet, natural rather than iodized table salt is recommended.

Salt serves many functions in our bodies, including supporting nerve and muscle function, and the regulation of the permeability of our cell membranes to allow for the delivery of nutrients to cells and the removal of waste.

In terms of healthy salt, Sally Fallon, in her book, Nourishing Traditions, points out that most people consume everyday iodized table salt without realizing that it is highly refined, which involves adding chemicals, and in the process losing magnesium salts and trace minerals.  Other additives, including aluminum, are used to keep salt dry and prevent it from caking.  These anti-caking agents actually inhibit the absorbability of salt.  Mark Bitterman, in his book, Salted, adds that “corn syrup often is added to refined salt in the United States as a binder for iodine and possibly to cut the bitterness that refined food-grade salt possesses.”

Mark Bitterman also points out that sea salts can be obtained by industrial methods and from polluted waters.  There also can be additives to sea salts.  Himalayan pink crystal salt has been favored by many salt enthusiasts as a natural salt mined by hand and hand-washed, and containing no additives. Mark Bitterman provides a helpful list of what he considers as the best kitchen salt, which beyond the almost pure Himalayan pink salt, contain very little contamination from industry or pollution.  These include Trapani salt, sel gris, and fleur de sel. It takes a small amount to add incredible flavor and is worth the investment.  There are many other varieties of natural salts worth investigating.  Some companies sell these salts in bulk, which means one can share the salt with friends to minimize the cost.

Consuming a whole foods diet is worth considering when thinking about adding healthy salt to our diet.  Processed foods are loaded with low quality salts that are highly refined and low in minerals that provide nutrition to our bodies.  And as with any food that we consume, the same goes for salt- all in moderation.

Wishing you a Happy Holiday seasoned with the best of natural salts!