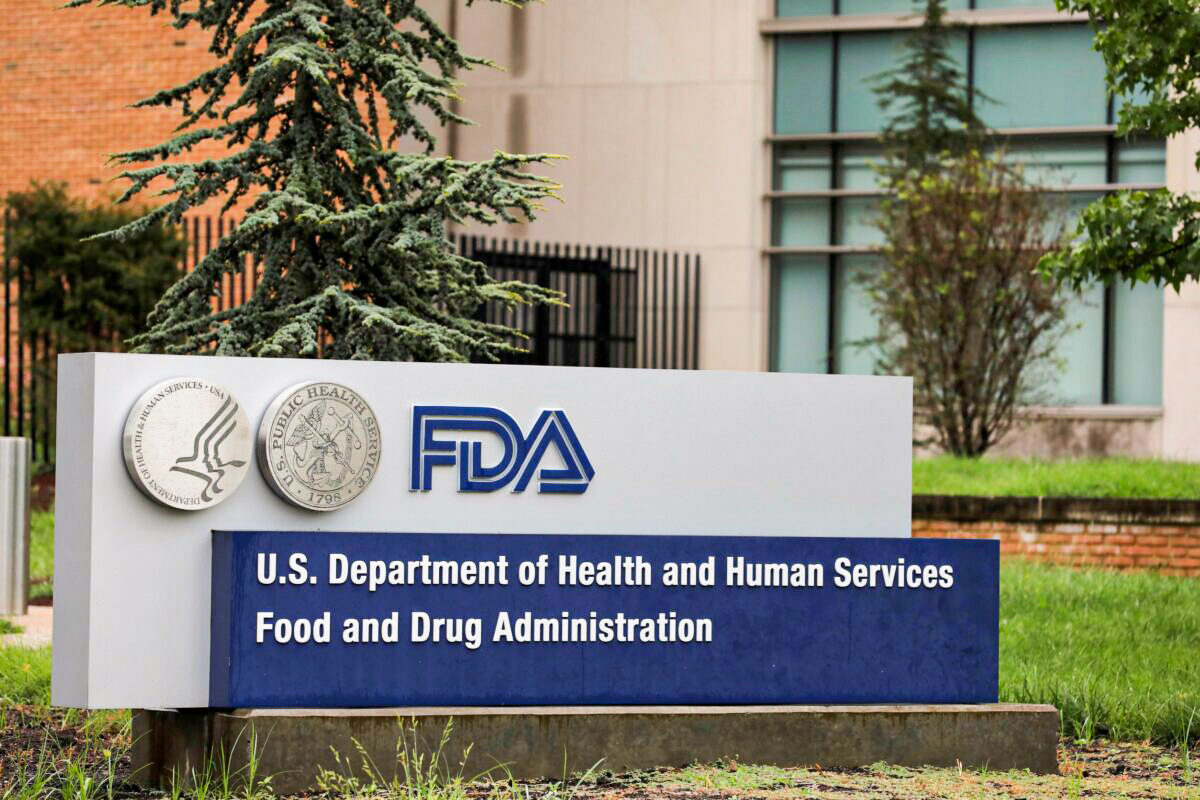 The FDA’s ‘Future Framework’ for COVID Vaccines Is Reckless Plan

Pfizer and Moderna have a problem. Their mRNA COVID-19 shots don’t stop infection, transmission, hospitalization, or death from the SARS-CoV-2 virus. Over half a billion doses have been injected into Americans in the past 17 months, and these shots have made no discernible impact on the course of the pandemic.

Far more Americans have died of coronavirus since the introduction of the shots than before they were introduced.

Pfizer and Moderna are making about $50 billion per year on these shots, and they want that to continue. So they need to reformulate. Maybe target a new variant, maybe change some of the ingredients—who knows. These shots have disappointed, so it’s not clear what it will take to get them to work.

So Pfizer and Moderna have figured out a way to use regulatory capture to get their reformulated COVID-19 shots approved WITHOUT further clinical trials. Their scheme is called the “Future Framework,” and it will be voted on by the FDA’s Vaccines and Related Biological Products Advisory Committee (VRBPAC) on June 28.

Viruses vary by region. At any given time, the influenza strain circulating in England is different than it is in Thailand, the United States, or South Africa. However, pharmaceutical companies prefer to create one-size-fits-all vaccines in order to decrease manufacturing costs and thereby increase profits. So the World Health Organization and public health agencies around the world (including the FDA and Centers for Disease Control and Prevention) have created a vast “influenza surveillance network” that identifies the different influenza strains in circulation.

This carefully choreographed process results in failure more often than not. This is no surprise—using a one-vaccine-fits-all approach to prevent a rapidly evolving virus that varies by region is unlikely to work. Lisa Grohskopf from the CDC’s Influenza Division reports that last year the flu shot was somewhere between 8 percent to 14 percent effective (based on data from seven sites that participate in the U.S. Flu Vaccine Effectiveness Network).

But a case study of a flu outbreak at the University of Michigan between October and November 2021 found that the effectiveness of the flu vaccine was literally zero.

Over the past 30 years, the federal government has paid out more compensation for adverse events in connection with the flu shot than any other vaccine—so we know that the shot comes with a high rate of anticipated harms. Given that the flu shot doesn’t stop the overwhelming majority of flu cases, the harms likely outweigh any benefits.

In a sane world, the WHO, FDA, and CDC would admit that they made a strategic mistake in their response to SARS-CoV-2 and then change course to find better ways to support the human immune system. But we don’t live in such a world. Instead, the FDA is proposing to take the failed flu strain selection process and apply it to future COVID-19 shots.

There are a quadrillion x quadrillion viruses in the world (literally more viruses on earth than stars in the known universe). Only a couple hundred of those seem to have the potential to impact human health. But some viruses make better candidates for a vaccine than others. Viruses that have been around a long time, are very stable, and evolve slowly are the best candidates.

Viruses that evolve rapidly are bad candidates for a vaccine. There’s no vaccine for the common cold or HIV because these viruses evolve too quickly for a vaccine to be effective. The SARS-CoV-2 virus is a bad candidate for a vaccine, as it has rapidly mutated, which is why all previous attempts to develop a vaccine against coronaviruses have failed (they never made it out of animal trials because the animals died during challenge trials or were injured by the vaccine).

What are some of the bad things that can happen when you vaccinate against a rapidly evolving virus? Original antigenic sin, antibody-dependent enhancement, and the possibility of accelerating the evolution of the virus in ways that make it more virulent (and more resistant to vaccination) are some known negative impacts.

Trevor Bedford has his own lab at the Fred Hutchinson Cancer Center, where he researches the evolution of COVID-19. He gave a fascinating presentation at the April 6 meeting of the FDA’s Vaccines and Related Biological Products Advisory Committee meeting, where he explained that SARS-CoV-2 is evolving rapidly. He explained that SARS-CoV-2 evolves two to 10 times as fast as the flu virus, and these mutations “substantially” reduce vaccine effectiveness. Following the introduction of COVID-19 vaccines, the evolution of the virus has accelerated.

Dr. Bedford’s presentation appeared to rattle some of the members of the VRBPAC because his data screamed, “SARS-CoV-2 is a bad candidate for a vaccine!” But FDA officials just mumbled some platitudes and then continued on with the meeting.

The only way out of the pandemic is to withdraw these vaccines from the market and pivot to therapeutics. Instead, the FDA is proposing to abandon clinical trials in connection with these vaccines altogether.

The purpose of the “Future Framework” is to rig the COVID-19 vaccine regulatory process in perpetuity in favor of the pharmaceutical industry. If this “Future Framework” is approved, all future COVID-19 shots—regardless of the formulation—will automatically be deemed “safe and effective” without additional clinical trials, because they are considered “biologically similar” to existing shots.

If you change a single molecule of mRNA in these shots, it will change health outcomes in ways that no one can anticipate. That necessarily requires new clinical trials—which is what the FDA is proposing to skip.

The FDA’s “expert advisory committee” (VRBPAC) met on April 6 to discuss the “Future Framework” for the first time. All of the committee members agreed that COVID-19 shots were not working, that boosting multiple times a year wasn’t feasible, and that the shots needed to be reformulated. They also unanimously agreed that there are no “correlates of protection” that one can use to predict what antibody levels would be sufficient to prevent SARS-CoV-2 infection.

On June 28, the VRBPAC will meet again to discuss the “Future Framework.” It will be presented as a done deal because manufacturers want a decision on vaccine strain selection by June in order to deliver shots for autumn vaccination appointments.

The FDA authorized COVID-19 shots for kids aged 6 months to 5 years on June 14 and 15. So if the FDA approves the “Future Framework” on June 28, the shots that will be given to kids (and Americans of all ages) in the fall will be the reformulated shots that skipped clinical trials.

When it comes to the flu shot, the FDA tries to hedge its bets by putting four strains of the virus into a single shot (called “quadrivalent” vaccines). That’s essentially what they’re planning to do with future COVID-19 shots as well (move to multivalent vaccines).

Moderna is developing a range of bivalent COVID-19 shots. In April, it touted a bivalent shot targeting the Alpha and Beta variants. By June, Moderna’s strategy shifted to a bivalent shot that specifically targets the original Omicron variant. But the Omicron strains that swept the United States in early 2022 are quickly being supplanted by new subvariants (including BA.4 and BA.5). It is entirely possible that any reformulated shot, by the time it gets to market, will be a poor match for this rapidly evolving virus.

Rather than solving the pandemic, this approach might accelerate the evolution of variants that evade vaccines. Furthermore, by skipping clinical trials, no one will have any idea whether these reformulated shots are safe.

To summarize—the FDA’s Vaccines and Related Biological Products Advisory Committee will meet on June 28 to vote on a “Future Framework” for evaluating so-called “next generation” COVID-19 shots. The “Future Framework” is a plan to rig the COVID-19 vaccine regulatory process in perpetuity.

The “Future Framework” would take the “flu strain selection process” that fails every year and apply it to future (reformulated) COVID-19 shots. Federal bureaucrats, many of whom have financial conflicts of interest, would choose which SARS-CoV-2 variants to include in a yearly (or twice-yearly) COVID-19 shot. In the process, all future COVID-19 shots would be deemed automatically “safe and effective” without further clinical trials.

The “Future Framework” is reckless. It shows that the FDA has abandoned science and its statutory duty to protect the public. 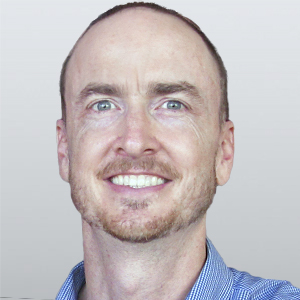 Toby Rogers
Follow
Dr. Toby Rogers has a Ph.D. in political economy from the University of Sydney in Australia and a Master in public policy from the University of California, Berkeley. His research focus is on regulatory capture and corruption in the pharmaceutical industry. Dr. Rogers does grassroots political organizing with medical freedom groups across the country working to stop the epidemic of chronic illness in children. His doctoral thesis, “The Political Economy of Autism,” explored the regulatory history of five classes of toxicants that increase autism risk. He writes about the political economy of public health on his Substack, "uTobian."
SHARE
Friends Read FreeCopyFacebookTweet
You May Also Like